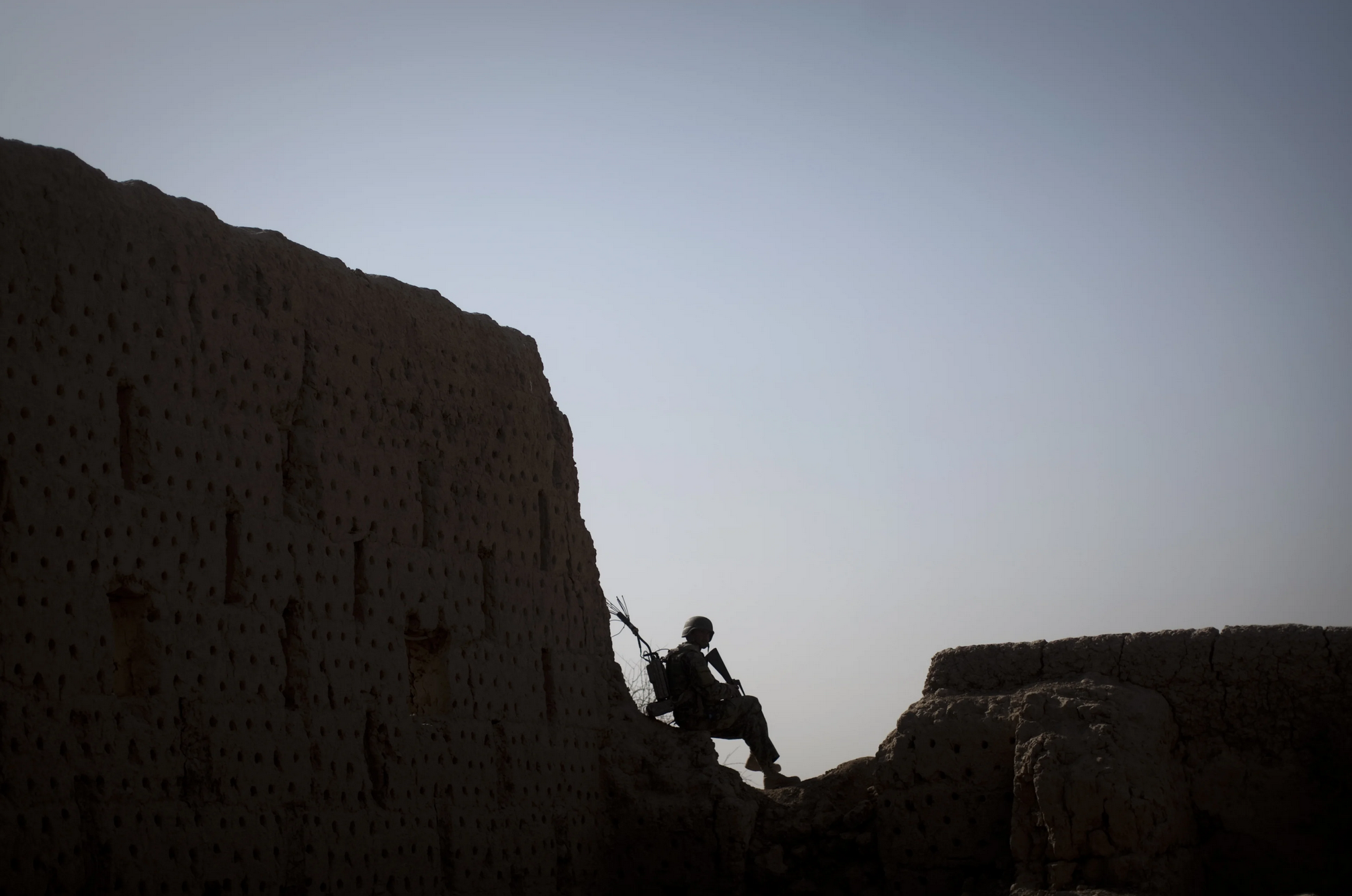 Most of my students were born after the U.S. war in Afghanistan was already underway. Now President Joe Biden has finally said: Enough! Fulfilling a commitment made by his predecessor (and adding a deadline), Biden has pledged to pull all U.S. troops out of Afghanistan by September 11, 2021, exactly 20 years after the attacks that provoked the invasion.

Pundits, predictably, have criticized Biden’s decision. They say the U.S. withdrawal will hurt Afghan women, even though, as journalist Robert Wright notes, U.S.-occupied Afghanistan is already “among the worst places in the world to be a woman.” Others claim the U.S. concession of defeat will make it harder to win support for future military interventions. I certainly hope so.

Biden, who supported the invasion of Afghanistan, can’t call the war a mistake, but I can. The Costs of War Project at Brown University estimates that the war, which often spilled over into Pakistan, has killed between 238,000 and 241,000 people, more than 71,000 of whom were civilians. Many more civilians have succumbed to “disease, loss of access to food, water, infrastructure, and/or other indirect consequences of the war.”

The U.S. has lost 2,442 troops and 3,936 contractors, and it has spent $2.26 trillion on the war. That money, Costs of War points out, does not include “lifetime care for American veterans” of the war plus “future interest payments on money borrowed to fund the war.” And what did the war accomplish? It made a bad problem worse. Together with the invasion of Iraq, the Afghan war eroded global sympathy for the U.S. after the 9/11 attacks and destroyed its moral credibility.

Rather than eliminating Muslim terrorism, the U.S. exacerbated it by slaughtering thousands of Muslim civilians. Consider this 2010 incident, which I cite in my book The End of War: according to the New York Times, U.S. special forces raiding an Afghan village shot to death five civilians, including two pregnant women. Witnesses said the American soldiers, realizing their mistake, “dug bullets out of the victims’ bodies in an effort to hide what had happened.”

Good might still come from this horror show if it gets us talking about how we can end all wars between nations and not just the “war of the day,” as the activist organization World Beyond War puts it. The goal of this conversation would be to create a massive, bipartisan peace movement consisting of Democrats and Republicans, liberals and conservatives, people of faith and nonbelievers. We would all be united in recognizing that world peace, far from being a utopian pipe dream, is a practical as well as moral necessity.

As scholars like Steven Pinker have noted, the world is already becoming less warlike. Estimates of war-related deaths vary depending on how you define war and count casualties. But most estimates agree that annual war-related deaths over the past two decades are much lower—by roughly two orders of magnitude—than in the blood-soaked first half of the 20th century. This dramatic decline should make us confident that we can end war between nations once and for all.

We should also take heart from research by scholars like anthropologist Douglas P. Fry of the University of North Carolina at Greensboro. In January, he and eight colleagues published a study in Nature on how “Societies within peace systems avoid war and build positive intergroup relationships,” as the paper’s title puts it. The authors identify numerous so-called “peace systems,” defined as “clusters of neighboring societies that do not make war with each other.” Peace systems show that, contrary to what many people believe, war is far from inevitable.

Often, peace systems emerge from long periods of fighting. Examples include the coalition of Native American tribes known as the Iroquois confederacy; modern-day tribes in Brazil’s upper Xingu River basin; the Nordic nations of Northern Europe, which have not waged war against each other for over two centuries; the cantons of Switzerland and kingdoms of Italy, which unified into their respective nations in the 19th century; and the European Union. And let’s not forget the states of the United States, which haven’t used lethal force against each other since 1865.

Fry’s group identifies six factors that distinguish peaceful from nonpeaceful systems. These include “overarching common identity; positive social interconnectedness; interdependence; non-warring values and norms; non-warring myths, rituals, and symbols; and peace leadership.” The most statistically significant factor, Fry, et al., found, is a shared commitment to “non-warring norms and values,” which can make war within the system “inconceivable.” Italics added. As Fry’s group points out, if Colorado and Kansas become embroiled in a dispute over water rights, they “meet in the courtroom rather than on the battlefield.”

His findings corroborate a conclusion I reached while writing The End of War: the major cause of war is war. As military historian John Keegan put it, war stems primarily not from our warlike nature or competition for resources but from “the institution of war itself.” Hence to get rid of war, we don’t have to do anything dramatic, like eradicating capitalism and forming a global socialist government, or deleting “warrior genes” from our DNA. We just need to renounce militarism as a solution to our disputes.

That’s easier said than done. Although war has declined, militarism remains entrenched in modern culture. “[T]he deeds of our warriors are immortalized in the words of our poets,” anthropologist Margaret Mead wrote in 1940. “[T]he toys of our children are modeled upon the weapons of the soldier.”

The nations of the world spent almost $1.981 trillion on “defense” in 2020, up 2.6 percent from the previous year, according to the Stockholm International Peace Research Institute.

To move beyond militarism, nations need to figure out how to shrink their armies and arsenals in a way that ensures mutual security and builds trust. The U.S., which accounts for 39 percent of global military expenditures, must lead the way. The U.S. could show good faith by pledging to cut its defense budget in half by, say, 2030. If the Biden administration took this step today, its budget would still exceed those of China and Russia combined by a healthy margin.

Noting that former adversaries often became allies in response to a shared threat, Fry, et al., point out that all nations face the perils of pandemics and climate change. Responding in concert to these threats might help countries cultivate “the type of unity, cooperation, and peaceful practices that are the hallmark of peace systems.” War between the U.S. and China, Pakistan and India and even Israel and Palestine might become as inconceivable as it is today between Colorado and Kansas. Once nations no longer fear each other, they will have more resources to devote to health care, education, green energy and other urgent needs, making civil unrest less likely. Just as war begets war, peace begets peace.

I like asking my students: Can we end war? Actually, that’s the wrong question. The right question is: How do we end war? Ending war, which makes monsters of us, should be a moral imperative, as much as ending slavery or the subjugation of women. Let’s start talking now about how to do it.