Police Are a Lie 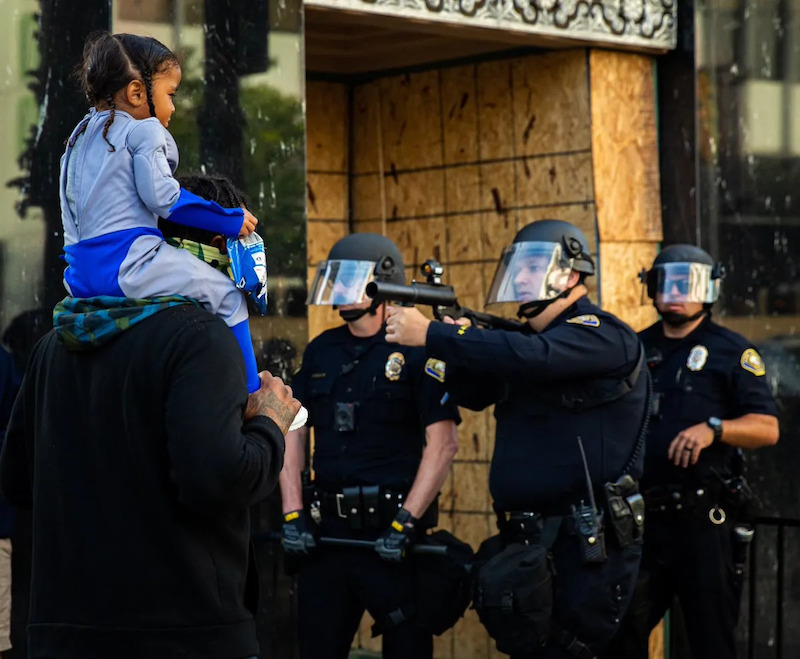 I wrote a book years ago called War Is A Lie, arguing that everything we’re told that supports war-making is untrue.

The parallels between the police-prosecution-prison system and the war system are extensive. I don’t mean the direct connections, the flow of weapons, the flow of veterans. I mean the similarities: the intentional failure to use superior alternatives, the ideology of violence used to justify horrible ideas, and the expense and corruption.

It’s not a mystery that diplomacy and the rule of law, cooperation and respect, unarmed civilian defense and disarmament work better than war, have fewer horrible side-effects, create more lasting solutions, and cost dramatically less.

Even less is there any secret that poverty reduction, a social safety net, good jobs, improved parenting, schools, and programs for young people prevent crime better than do police and prisons, while doing less damage and costing a fraction.

Yes, the District Attorney of San Francisco was just recalled by the voters for not being “tough on crime.” But that’s the point. He reduced crime, and yet people who believe corporate advertising decided that being “tough on crime” would be better than actually reducing crime. These are the same people who will cheer for any war their television cheers for, at least for 20 months or so, after which they’ll declare that it never should have been started though of course ending it would be an insult to the troops who need to continue killing and dying in it indefinitely.

Prosecutors who are better politicians, like Kamala Harris, write books about what would work better, without actually doing anything better. But the fact that someone like Harris can write a book called Smart on Crime rejecting tough-on-crime-ism tells you how little what’s needed is kept secret. As Irvin Waller points out in his book Science and the Secrets of Ending Violent Crime, the United Nations and various governments openly proclaim their intentions to do just what’s needed to reduce violent crime; they just don’t do it.

“Follow the science!” is often shouted with regard to environmental policy, which proceeds to completely disregard the science. But there’s not even a pretense when it comes to the proven superiority of nonviolent tools in foreign policy or tools known to prevent crime rather than fecklessly react to it.

Waller’s book makes a strong case for a dramatic shift in approach. In 2017, he writes, 17,000 people were murdered and 1,270,000 raped in the United States. Tools that have dramatically reduced violence where tried are inexcusably ignored. Meanwhile increases in police — associated not with less crime but with more — are mindlessly repeated, each time expecting a different result. Prisons, which also do not correlate with reduced crime, are built larger and larger. As with war, the United States far outstrips the other 96% of humanity when it comes to building prisons in the name of addressing that relentless demon, “human nature.”

As with moving money from militarism to nonviolence, we need money moved from policing and imprisoning to more powerful approaches.

Waller wonders why activist groups prioritize the decarceration of those convicted of nonviolent crimes, when those in prison for violent crimes are the larger group, and the knowledge of how to prevent such crimes is readily available. What kind of a way is this to abolish prisons?

No doubt the question is rhetorical, but I’ll answer it. There is a widespread magical belief in the inherent and eternal and irredeemable evil of those guilty of violent crimes, as well as a nonsensical belief that improving the lives of young people to prevent future crimes conflicts with the vicious, vengeful, and righteous punishing of past crimes. To keep hating criminals, we must avoid knowing that decent housing and schools would have made them non-criminals, just as it is our duty as good, responsible Putin-haters to crucify anyone who ever suggested sane alternatives to the gradual buildup to the latest war.

“Justice” is also a big business. Local governments dump their resources into police like national governments into war. And private “security” is even bigger business. These businesses need crime in the same way that Lockheed-Martin needs war. Nobody works harder to remove prosecutors who are reducing crime (by reducing the criminal “justice” system) than do police.

Why do we put up with it? The problem is not just patriotism and war music. Those things don’t carry over to policing and imprisonment. The main problem, I think, supporting both war and police (and the marketing of war as a form of global policing) is a belief in and attachment to violence, both for what it’s imagined to accomplish and for its own sake.