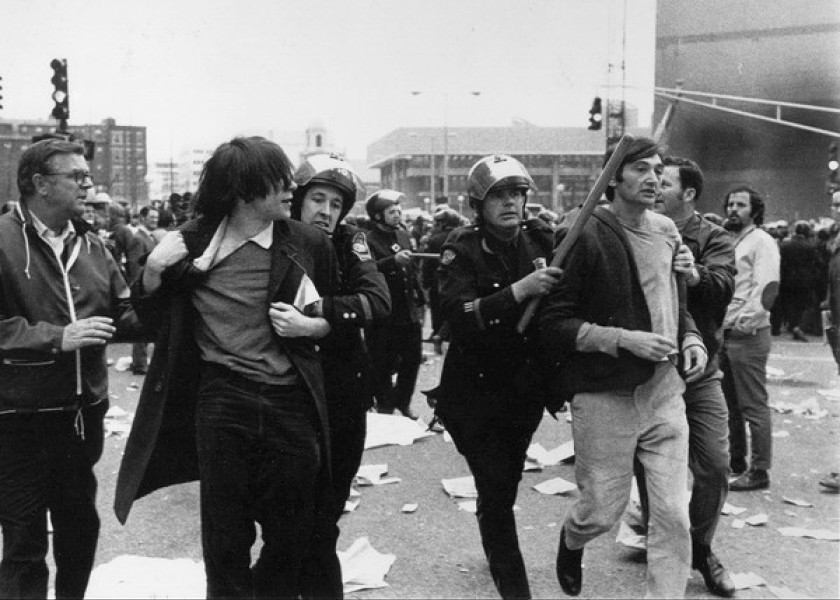 “Obey the law.” That is a powerful teaching, often powerful enough to overcome deep feelings of right and wrong, even to override the fundamental instinct for personal survival. We learn very early (it’s not in our genes) that we must obey “the law of the land.”

Surely not all rules and regulations are wrong. One must have complicated feelings about the obligation to obey the law.

But the dominant ideology leaves no room for making intelligent and humane distinctions about the obligation to obey the law. It is stern and absolute. It is the unbending rule of every government, whether Fascist, Communist, or liberal capitalist.

Gertrude Scholtz-Klink, chief of the Women’s Bureau under Hitler, explained to an interviewer after the war the Jewish policy of the Nazis, “We always obeyed the law. Isn’t that what you do in America? Even if you don’t agree with a law personally, you still obey it. Otherwise life would be chaos.”

“Life would be chaos.” If we allow disobedience to law we will have anarchy. That idea is inculcated in the population of every country. The accepted phrase is “law and order.” It is a phrase that sends police and the military to break up demonstrations everywhere, whether in Moscow or Chicago. It was behind the killing of four students at Kent State University in 1970 by National Guardsmen. It was the reason given by Chinese authorities in 1989 when they killed hundreds of demonstrating students in Beijing.

It is a phrase that has appeal for most citizens, who, unless they themselves have a powerful grievance against authority, are afraid of disorder. In the 1960s, a student at Harvard Law School addressed parents and alumni with these words:

The streets of our country are in turmoil. The universities are filled with students rebelling and rioting. Communists are seeking to destroy our country. Russia is threatening us with her might. And the republic is in danger. Yes! danger from within and without. We need law and order! Without law and order our nation cannot survive.

There was prolonged applause. When the applause died down, the student quietly told his listeners: “These words were spoken in 1932 by Adolph Hitler.”

Surely, peace, stability, and order are desirable. Chaos and violence are not. But stability and order are not the only desirable conditions of social life. There is also justice, meaning the fair treatment of all human beings, the equal right of all people to freedom and prosperity. Absolute obedience to law may bring order temporarily, but it may not bring justice. And when it does not, those treated unjustly may protest, may rebel, may cause disorder, as the American revolutionaries did in the eighteenth century, as antislavery people did in the nineteenth century, as Chinese students did in this century, and as working people going on strike have done in every country, across the centuries.