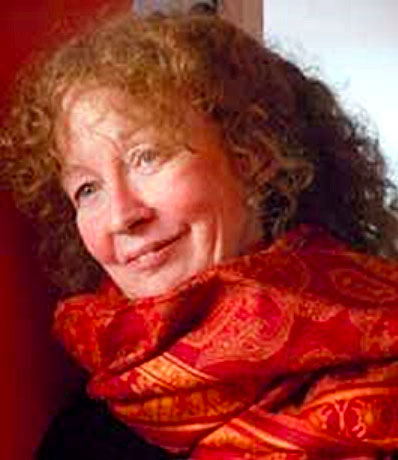 International peace organization World BEYOND War is hosting an online conference this weekend to discuss eliminating militarism and building cooperative, life-enhancing systems. The No War 2022: Resistance & Regeneration Conference is happening Friday-Sunday. World BEYOND War was founded in 2014 by David Swanson and David Hartsough to abolish the institution of war itself, not just the “war of the day.” Find out more about the virtural conference by visiting https://worldbeyondwar.org/nowar2022.

Longtime activist Kathy Kelly became president of World Beyond War in March. She co-founded Voices in the Wilderness in 1996 and organized dozens of delegations to Iraq to deliver medical supplies in defiance of U.S. economic sanctions in the ’90s. In 1998 Kelly was arrested for planting corn on a nuclear missile silo near Kansas City as part of Missouri Peace Planting. She served nine months at Pekin Prison which she wrote about in her 2005 book, “Other Lands Have Dreams: From Baghdad to Pekin Prison.” (Counterpunch Press) The Sentinel recently spoke with Kelly about drone warfare, prison abolition and her many trips to Afghanistan, Iraq and elsewhere to witness U.S. wars and help alleviate suffering.

A: “What we’re up against seems overwhelming because the militarists have so much control over elected representatives. They have huge lobbies to continue fostering that control. What they don’t seem to have is rational thought processes,” Kelly said.

“I’ve been thinking about a message I got after the terrible massacre at Uvalde, Texas from a young friend of mine, Ali, who I visited many times in Afghanistan,” Kelly continued. “He asked me, ‘How can we help comfort grieving parents in Uvalde?’ I was so touched by that, because he’s always trying to comfort his own mother who grieves the death of his older brother, who enlisted in the Afghan National Defense Forces because of poverty, and was killed. Ali has a very big heart. So, I said, ‘Ali, do you remember seven years ago when you and your friends got together with the street kids that you tutored and you collected every toy gun you could get your hands on?’ There were a lot. ‘And you dug a big grave and buried those guns. And you planted a tree on top of that grave. Do you remember there was a woman onlooker and she was so inspired, she bought a shovel and joined you to plant more trees?’

“I suppose a lot of people would look at Ali, his friends and that woman and say they’re delusional idealists,” Kelly said. “But really the delusional people are the ones who keep pushing us closer to nuclear war. Eventually their nuclear weapons will be used. The delusional ones are the ones who imagine that the cost of militarism is worth it. When actually it completely erodes the securities people need for food, health, education and jobs.”

Q: “We’re in a period where there’s a vibrant re-examination of U.S. history. People are challenging symbols and exposing hidden details of slavery, native genocide, militarism, policing and prisons as well as the often-hidden history of resistance movements against those violent systems. Are there recent movements against militarism that have been forgotten?”

A: “I’ve been thinking a lot about the 2003 war against Iraq, which began with the 1991 war against Iraq. And in between was the war of economic sanctions. The consequences of those sanctions have almost been eclipsed from history,” Kelly said. “Thank goodness Joy Gordon wrote a book that can’t be erased. (“Invisible War: The United States and the Iraq Sanctions” – Harvard University Press 2012) But you’d be hard pressed to find very much of the information that many groups gathered when they went to Iraq as firsthand witnesses of the violence on innocent people in Iraq, right next door to Israel which has 200 to 400 thermonuclear weapons.

“It’s all about resistance through resilience,” Kelly continued. “We need to build peaceful, cooperative communities and resist the violence of militarism. One of the most important campaigns I was ever involved in was a resilience campaign. We went to Iraq 27 times and organized 70 delegations in defiance of the economic sanctions and delivered medical relief supplies.

“The most important thing upon return was the education effort. People used their own voices to amplify the voices that were hidden,” Kelly said. “They spoke at community forums, university classrooms, faith-based gatherings and demonstrations. You might think, ‘Well, that was all sort of whistling in the wind, wasn’t it?’ But isn’t it true that in 2003 the world came closer than ever before to stopping a war before it started? I could just weep even now thinking that the effort failed, and what that has meant for people in Iraq. It’s no consolation to know that people tried so hard. But we ought not lose the fact that millions turned out worldwide to oppose war in a context in which the mainstream media barely ever communicated anything, especially in the United States, about ordinary people in Iraq.

“How did all those people that turned out for those anti-war demonstrations learn about Iraq? If you don’t mind a list, in the United States it was Veterans for Peace, PAX Christi, Christian Peacemaker Teams (now called Community Peacemaker Teams), the Fellowship of Reconciliation, Catholic Worker houses that formed delegations, American Friends Service Committee, Buddhist Peace Fellowship, the Muslim Peace Fellowship and the group I was with, Voices in the Wilderness,” Kelly recalled. “The education piece was accomplished so that many people would know in conscience, this war is wrong. They all did this at great risk to themselves. One of Code Pink’s finest was murdered in Iraq, Marla Ruzicka. Christian Peacemaker Team people were kidnapped and one of them was killed, Tom Fox. An Irish activist was killed, Maggie Hassan.”

Q: “Tell me about the No War 2022 Resistance and Regeneration Conference.”

“Many of our young friends in Afghanistan are facing desperation and I’ve been deeply impressed by permaculture communities that have put together very practical guidelines on how to make an emergency garden, even when you don’t have good soil or easy access to water,” Kelly continued. “A permaculture community in southern Portugal has invited eight of our young Afghani friends, desperate for safer havens, to join their community. We’ve also been able to open a women’s safe space in Pakistan, where that need is pretty big. We’re seeing some movement to alleviate some of the sense of alarm and fear, which war’s always cause. War is never over when it’s so-called over. There’s also a very vibrant community in Sinjajevina, Montenegro where people are resisting plans for a military base in this gorgeous pasture land.”

Q: “Many people support the U.S. sending hundreds of millions of dollars in weapons to Ukraine. Aren’t their ways to respond to war besides shooting back or doing nothing?”

A: “The war makers get the upper hand. But we have to keep imagining what it would be like if the war makers didn’t have the upper hand. And we better hope this happens soon because what’s happening in Ukraine is quite likely a rehearsal for the United States going to war against China,” Kelly said. “U.S. Navy Admiral Charles Richard said that every time they play out a war game with China, the United States loses. And that the only way to get the upper hand is for the United States to use a nuclear weapon. He said that in the event of a military engagement with China, use of nuclear weapons will be a “probability, not a possibility.” That should alarm us if we care for our children, grandchildren, other species, the gardens. Can you imagine the numbers of refugees that will be fleeing in the abysmal circumstances of a nuclear winter, causing starvation and plant failure?

“In the case of Ukraine, the United States is hoping to weaken Russia and reduce the contestants for being the world hegemon,” Kelly continued. “Meanwhile, Ukrainians are being cynically used as pawns vulnerable to death. And Russia is pushing toward this terrible usage of the nuclear threat. Bullies can say, ‘You better do what I say because I’ve got the bomb.’ It’s very difficult to help people see the only way forward is through cooperation. The alternative is collective suicide.”

War against the poor

Q: “You’ve been to jail and prison many times for your direct actions opposing war. It’s not surprising many activists who go to prison then add prison abolition to their activities.”

A: “It was always important for peace activists to go into the prison system and witness what I call a ‘war against the poor.’ It was never the case that the only solution to drugs or violence in neighborhoods would be imprisonment. There are so many other more desirable ways to help communities heal and overcome poverty, which is the root cause of much violence,” Kelly said. “But politicians use phony fear factors; ‘If you don’t vote for me, you’ll have a violent neighborhood next door that’s going to spill into yours.’ What people should have been fearing was the build-up of the United States mafia-like militarism. Whether it’s domestic or international, when there’s a dispute the goal should be dialogue and negotiations, to immediately call for a ceasefire and stop any flow of weaponry to any side, feeding the war makers or the gang build up.”

A: “The three words don’t look away are on my mind. When I’ve been to Afghanistan I can’t look away when I see blimps and drones over Kabul, doing surveillance and targeting, often, innocent people,” Kelly explained. “People like Zemari Ahmadi, who worked for a California-based NGO called Nutrition and Education International. A Predator drone fired a Hellfire missile and one-hundred pounds of molten lead landed on Ahmadi’s car killing him and nine members of his family. The United States fired drone missiles into pine nut harvesters and killed thirty in a remote province of Nagarhar in September, 2019. They fired missiles into the hospital in Kunduz and 42 people were killed. Under Afghan soil is unexploded ordnance that continues to explode. Every day people are admitted into hospitals, arms and legs missing, or they don’t survive at all. And more than half are under 18 years of age. So, you can’t look away.”