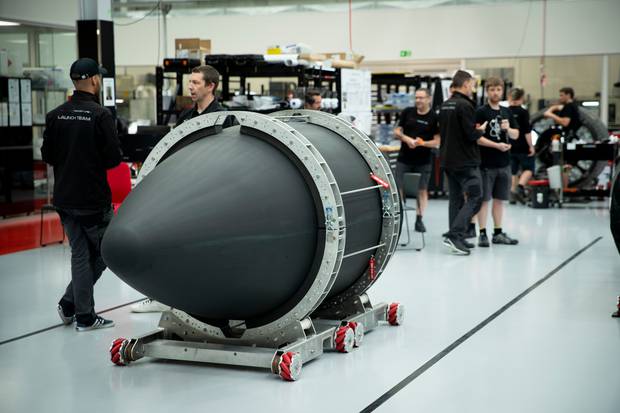 Payloads that could destroy other spacecraft, or space systems on Earth, are also banned.

Economic development minister Phil Twyford said the new set of principles to strengthen the New Zealand’s Space Agency regulatory function and ensure decisions about payload permits are made in the national interest.

The updated rules have been developed to govern this country’s rapidly growing space industry built around Rocket Lab, which has successfully launched from Mahia 10 times.

A report released last month by Twyford said the industry was worth $1.69 billion a year to New Zealand and directly and indirectly employed 12,000 people.

Rocket Lab has previously launched for a leading United States military technology agency, Defence Advanced Research Projects Agency (Darpa), but Twyford says this and other cargo would have met the beefed-up rules which are part of the Outer Space and High-altitude Activities Act (Oshaa).

‘”All previously approved payloads are consistent with these principles and there will be no significant change in approach to payload assessment,” he said.

He said the following launch activities would not be allowed because they are not in New Zealand’s national interest, or breach New Zealand and International laws:

• Payloads that contribute to nuclear weapons programmes or capabilities

• Payloads with the intended end use of harming, interfering with, or destroying other spacecraft, or space systems on Earth

• Payloads with the intended end use of supporting or enabling specific defence, security or intelligence operations that are contrary to Government policy

A Rocket Lab spokeswoman said the updated payload principles aligned with the company’s own commitment to the safe, sustainable, and responsible use of space.

”It’s encouraging to see them incorporated into the assessment framework as New Zealand’s space industry continues to grow.”

All 47 satellites launched by Rocket Lab so far have also been consistent with these updated principles, she said.

The Cabinet paper says payload permits approved have been for commercial entities, government agencies and educational or non-profit organisations.

Future applications might also include emerging technology and novel activities such as:

• On-orbit manufacturing and servicing of satellites

Twyford has final sign-off on payloads in the paper and said it was now appropriate to provide even more transparency on the principles for space activity and the limits to what he intended to authorise.

”In order to do so, it is important that these principles and limits reflect broader Government policy and the wide variety of New Zealand interests at play, while managing the potential risks.”