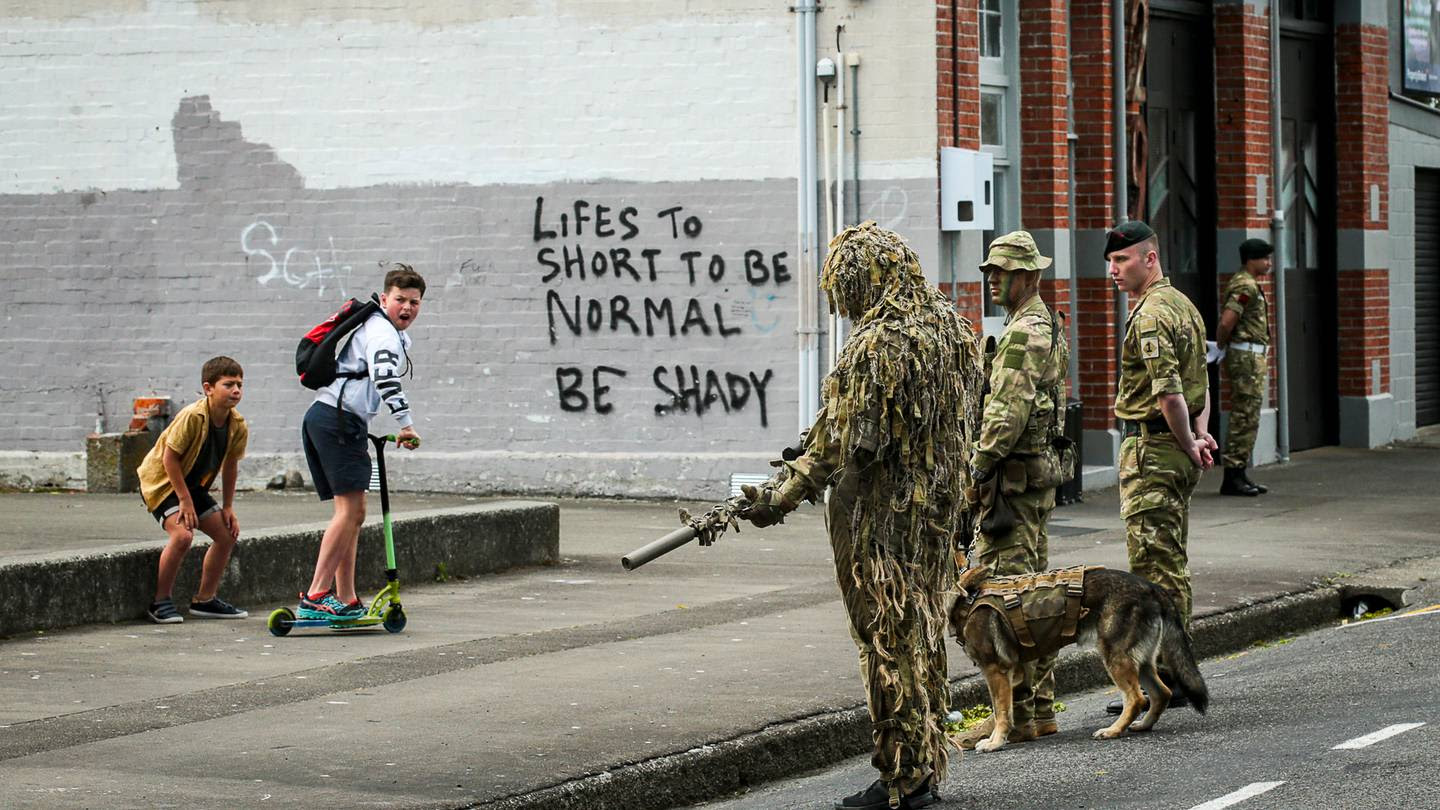 Peace activist Liz Remmerswaal said the military parade normalised war and weapons and was inappropriate so close to Christmas.

A Hawke’s Bay peace advocate says the sight of 100 soldiers marching down Dannevirke’s main street as part of a charter parade earlier in December was “inappropriate” so close to Christmas.

“If Christmas is a time of peace and goodwill, having 100 soldiers march in the Dannevirke Christmas parade brandishing automatic weapons seems ludicrously out of place,” Liz Remmerswaal said.

The soldiers from the 1st Battalion Royal New Zealand Infantry Regiment made their way down High St on Saturday, December 5, as part of a charter parade which signified the relationship between the unit and the Tararua District.

Dannevirke RSA president and former Tararua mayor Roly Ellis played an important role in the establishment of the charter.

A serviceman himself, he said the charter, and parade, wasn’t about “war or fighting” and was rather about building a connection with civilian life.

“The army has helped us in floods and [times of] catastrophe.

He said the charter parade was held the same day as the Christmas parade as it was the only time the battalion could attend.

He said the charter parade “went very well”, but felt the Christmas parade afterwards was what really drew the crowds.

Remmerswaal, director of World Beyond War Aotearoa, said several family members – including her father – had served. 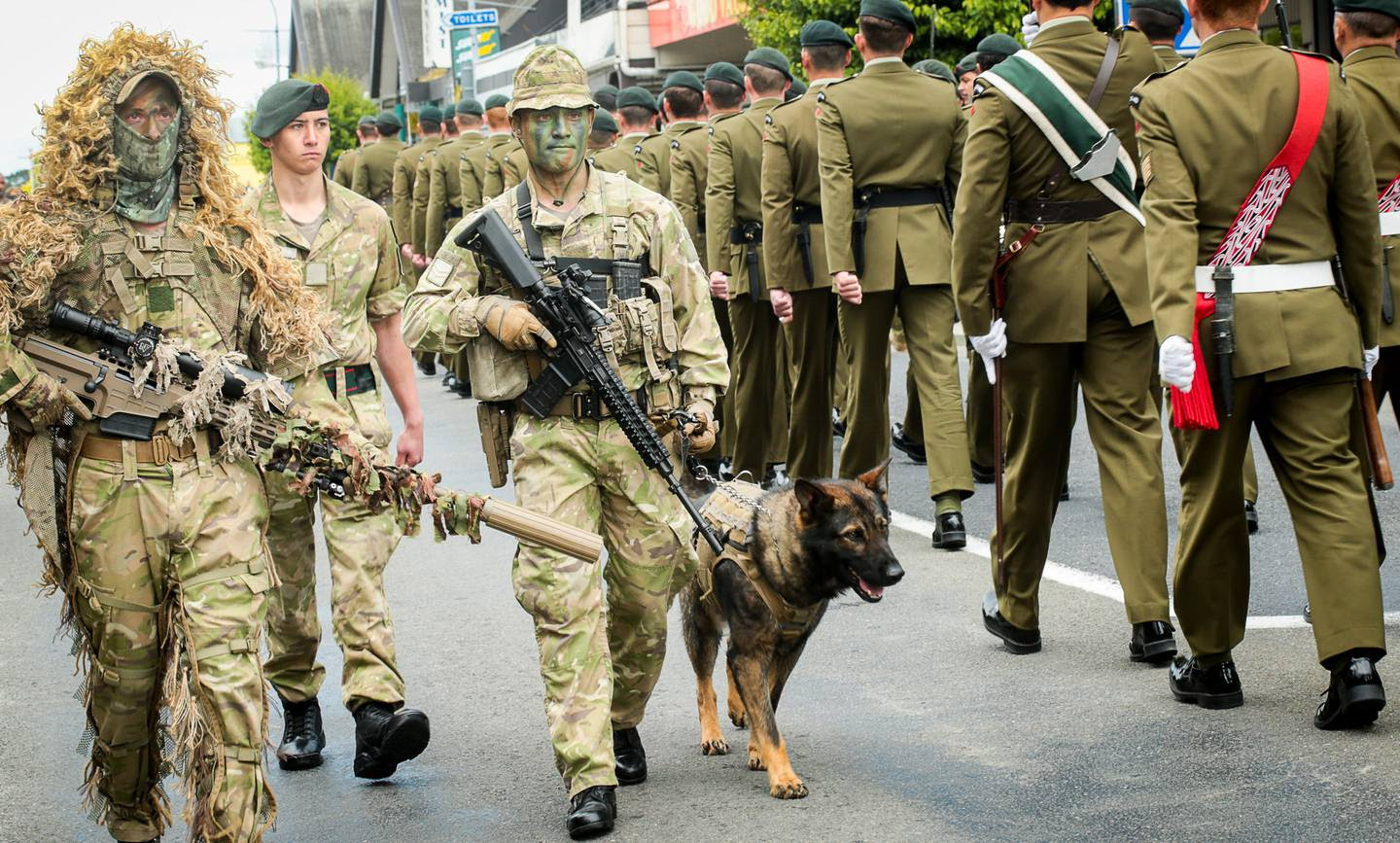 About 100 soldiers, including those carrying arms, marched down Dannevirke’s main street as part of the charter parade.

It came at great cost to them.

“I respect people their country and believe they’re doing the best they can.”

“It’s because I recognise their sacrifice that I work so hard.”

However, she felt the military presence so close to the Christmas parade – with an hour in between the two – was inappropriate and normalised it in children’s minds.

“I was thinking, we’re not at war now.

“It’s really not the place.”

Remmerswaal said Christmas should be a time of “goodwill and peace for all mankind”.

“War making is not the answer. We support non-violent ways of dealing with conflict and wish everyone a peaceful Christmas.”

The charter parade signified the relationship between the 1st Battalion Royal New Zealand Infantry Regiment and the Tararua District.

“For the majority of us around Tararua district that’s about civil defence.

“The relationship with the defence force is very community-based.

Liz’s letter to the editor:

If Christmas is a time of peace and goodwill, having 100 soldiers march in the Dannevirke Christmas parade brandishing automatic weapons seems ludicrously out of place.

Our two greatest threats in this country are terrorism and cyber security, as 15 March  (terrorise attack on Christchurch mosque) has shown.

Many of us consider that the $88 million a week spent on the military- rising by $20 billion over the next ten years- would be better spent on the things our people need, like housing, health and education.

We also want to see the families of Afghan civilians killed by New Zealand soldiers compensated for, and hope Australia follows suit.

Meanwhile our biggest ally, the USA, spends over $720 billion annually on the military, even as the corona virus ravages that country.

War making is not the answer. We support non violent ways of dealing with conflict and wish everyone a peaceful Christmas.