About 150 Montrealers, armed variously with dogs, placards and strollers took to the streets near Parc LaFontaine on March 6, to demand a stop to NATO expansion and peace in Ukraine. The event was led by Échec à la guerre, and was well organized, with a marching route from Parc LaFontaine to Complex Guy Favreau, dozens of prepared placards, a truck with sound equipment and peace-themed music, and volunteers to lead the chants. 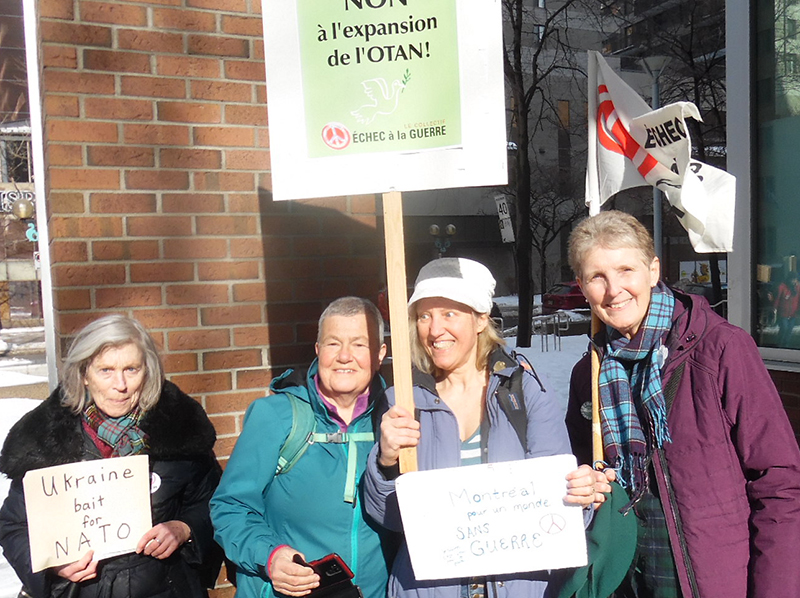 There was definitely a strong anti-NATO sentiment in most of the signs and the chants. For example:

And also this dear woman who reminded us that Ukraine is not the only country currently suffering the scourge
of war : 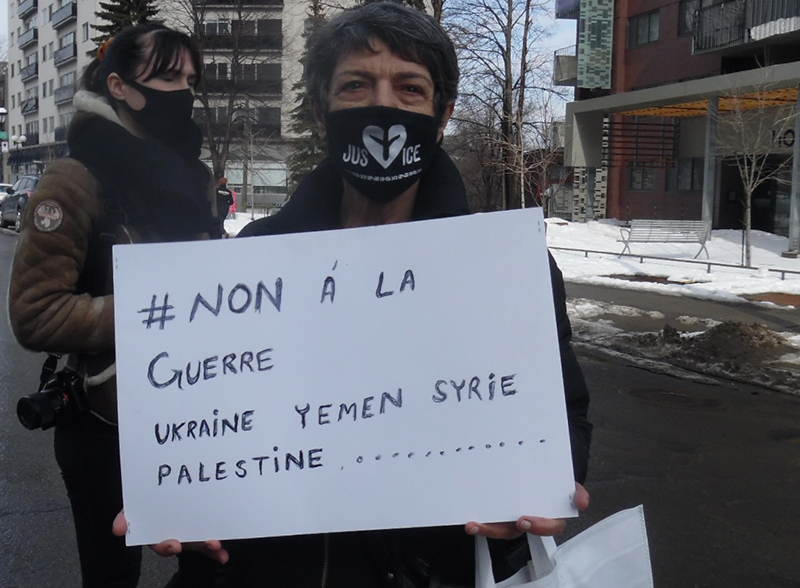 The weather was springlike and sunny, contrary to predictions.

Perhaps the outcome to the Ukraine conflict will also defy predictions… Perhaps the NATO countries will make a deal with Putin, agreeing to stop NATO expansion so that Putin removes his troops from Ukraine and ends the war. And then the criminal court will arrest Putin for war crimes. And we will avoid nuclear war. On a sunny spring day in Montréal, listening to the words of the song Imagine, for a moment, I can almost believe this could happen.