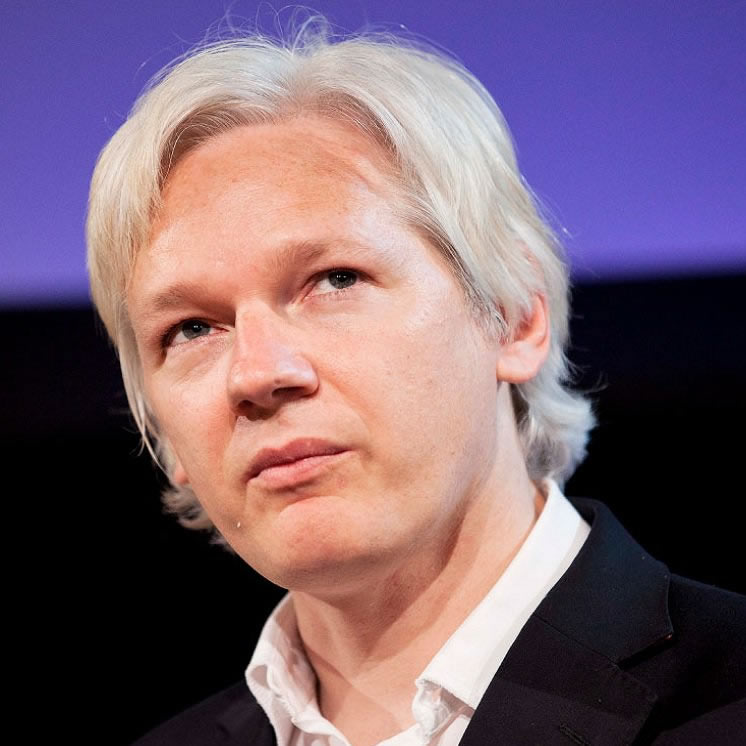 Tackling Torture at the Top, a committee of Women Against Military Madness, a non-profit organization founded nearly 40 years ago, is sponsoring a call-in to Attorney General Merrick Garland to urge the Department of Justice to drop all charges and free Julian Assange.

The DOJ does not provide an option to speak with a live person. It does have a comment line where you can leave a recorded message. That number is 1-202-514-2000. You can press 9 at any time to skip over the menu of options.

Below is a list of suggested comments. You may also have your own reasons to free Julian. Please speak from your heart in your call:

• Free Julian Assange. He has committed no crime. He has done a public service.
• Julian Assange is charged under the Espionage Act. He is not a spy. He provided information of public interest to the whole world, not a foreign adversary.
• The prosecution of Julian Assange is a threat to press freedom everywhere. He has won journalistic awards including the Martha Gellhorn Prize. His cause is supported by press freedom organizations around the world including Reporters Without Borders, PEN International, and the Committee to Protect Journalists.
• The Obama Administration recognized the threat to press freedom and declined to prosecute Assange. Obama said prosecution would present the government with a “NY Times problem”. Instead of following Obama’s lead, the Biden administration has taken up the mantle of former-President Trump.
• The wrong party is on trial. Julian Assange exposed U.S. war crimes and torture. It’s obvious to many that the party guilty of those crimes is vindictively pursuing him.
• The case against Julian Assange has collapsed. A key Icelandic witness has recanted his testimony that Assange instructed him to hack into government computers. Prosecutorial conduct has been egregious. The CIA spied on Assange, including meetings with his doctors and lawyers. In 2017, the CIA plotted to kidnap or assassinate him.
• The prosecution of Julian Assange diminishes the stature of the United States. While Secretary of State Antony Blinken proselytizes about U.S. support for independent journalism, it is simultaneously seeking to imprison the most high profile journalist of the 21st century for 175 years.
• Julian Assange did not “put lives at risk”. A 2013 Pentagon study could not identify a single instance of anyone killed as a result of being named in the WikiLeaks trove.
• Julian Assange wanted the documents published responsibly. He worked with traditional news outlets to to redact the documents and save lives. It was only when two Guardian journalists, Luke Harding and David Leigh, recklessly published an encryption code that unredacted documents spilled into the public realm.
• An investigation by United Nations Special Rapporteur Nils Melzer found the entire period of Assange’s detention, including that spent in the Ecuadorian Embassy, to be arbitrary. He also called his treatment at the hands of the State parties responsible for his detention “a public mobbing”.
• Over the course of more than ten years of arbitrary detention, Julian has suffered greatly. His physical and mental health have deteriorated to the point that he has trouble concentrating and cannot properly participate in his own defense. He suffered a small stroke on October 27th during a remote court hearing. His continued imprisonment is a threat to his very life.
• Julian Assange is not an American citizen, nor was he on American soil when the alleged crimes were committed. He should not be subject to American laws like the Espionage Act.

If you belong to an organization that would like to be a co-sponsor of this effort, please contact Mike Madden at mike@mudpuppies.net