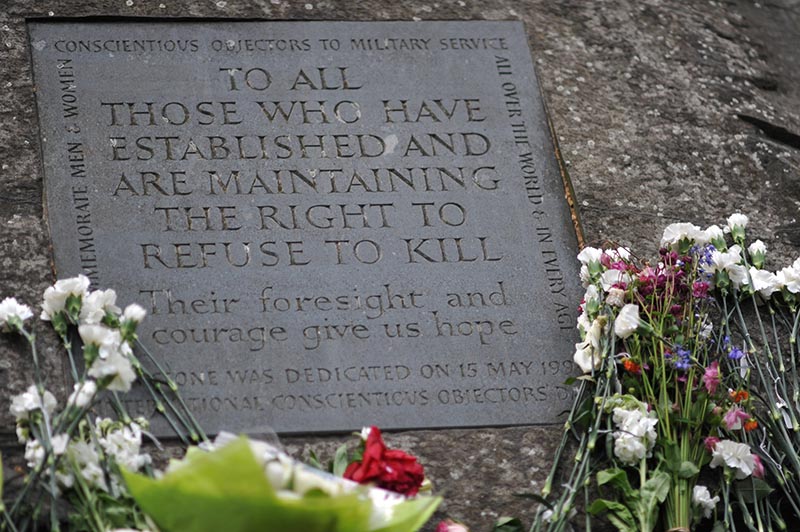 On July 5th, during the interactive dialogue on the situation in Ukraine at the 50th session of the UN Human Rights Council, IFOR took the floor in the plenary to report on conscientious objectors sentenced in Ukraine for refusing to bear arms and called on UN Member States to contribute to a peaceful setting of the ongoing armed conflict.

Item 10: Interactive dialogue on the oral update of the High Commissioner on Ukraine Oral statement delivered by the International Fellowship of Reconciliation.

International Fellowship of Reconciliation (IFOR) thanks the High Commissioner and her office for the oral presentation  on Ukraine.

We stand in solidarity with the people of Ukraine and mourn with them at this dramatic time of armed conflict. We stand in solidarity with all war resisters and conscientious objectors to military service in Ukraine as well as in Russia  and Belarus and call on the international community to provide them asylum; for instance IFOR sponsored a joint appeal  to European Institutions on this matter.

Freedom of thought, conscience and religion is a non-derogable right and, as is freedom of expression, it continues to apply  in situations of armed conflict. The right to conscientious objection to military service should be absolutely protected and  cannot be restricted as highlighted by the quadrennial analytical thematic report by OHCHR presented at this session.

IFOR is concerned about the violations of this right in Ukraine where general mobilization to the army is enforced without  any exceptions for conscientious objectors. Evasion of conscription during mobilization is criminally punishable by  imprisonment from 3 to 5 years. The pacifist Andrii Kucher and the evangelical Christian, [member of the church “Source  of Life”] Dmytro Kucherov were sentenced by Ukrainian courts for their refusal to bear arms with no respect to their  freedom of conscience.

IFOR is also concerned by the forced mobilization of conscripts in Ukrainian territory controlled by Russian affiliated  armed groups.

As previously stated, war should be abolished because it is never a conflict resolution, neither in Ukraine nor in other  countries. UN Member States should urgently pursue a diplomatic way to peace negotiations and facilitate such a path which is within the United Nations purposes.