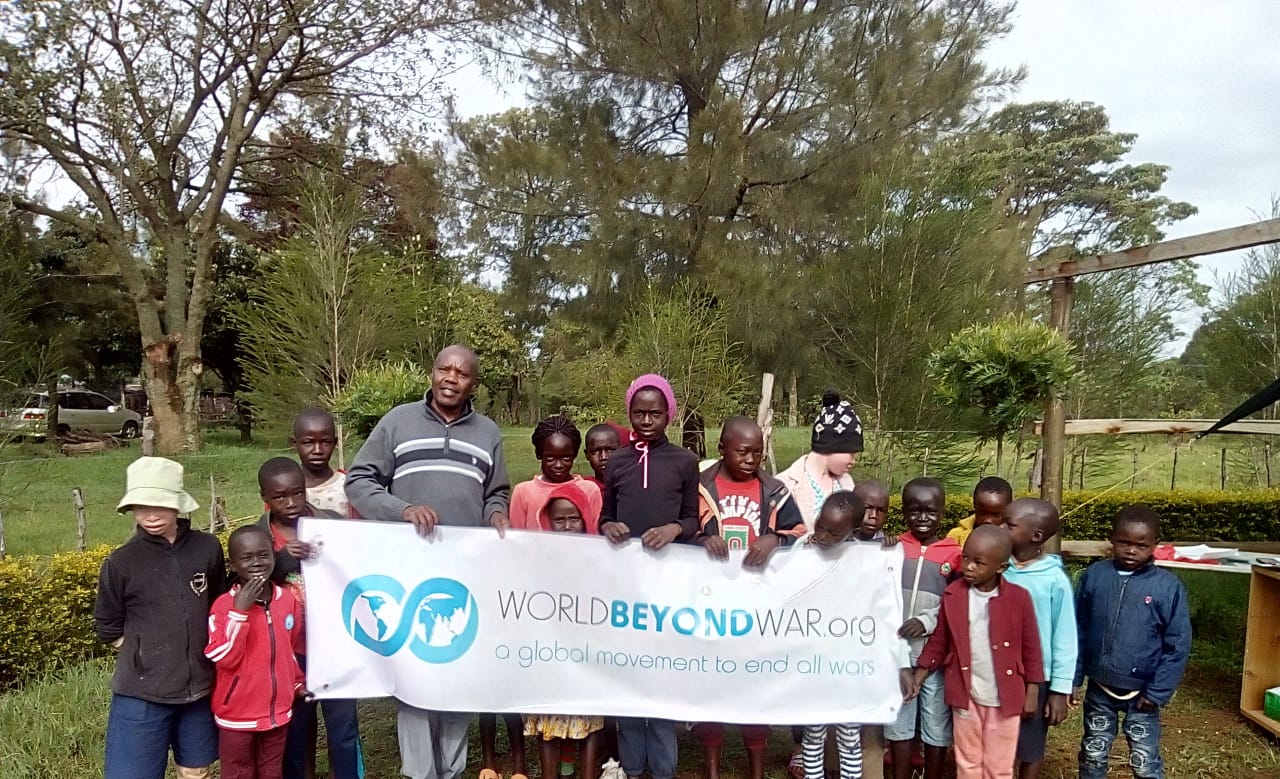 John Tilji Menjo had run an orphanage in Kenya for years, and then retired.

His art and photography interests had time to flourish, and his interest in helping children was still strong within him, so he started an after-school art program for kids.

He noticed that children from the different warring tribes of the Rift Valley in Western Kenya would show up at his outdoor, under-the-trees classroom, and would interact well with each other. This was happening in an arena where children lost parents and family members to inter-tribal violence over land use, and were trained to be cattle thieves, and where  girls are still subject to Female Genital Mutilation.

In the process, he learned that in these tribal cultures, parents would not kill the parents of their children’s friends. Violá! A decrease in local and regional violence!

World BEYOND War Spain met John via a mutual educational contact in Argentina who let us know that John’s program was struggling due to lack of funding. Upon its creation, WBW Spain chose an educational focus to help abolish war, and so arranged a small amount of funding for school supplies. This led to donations from other organizations and individuals. 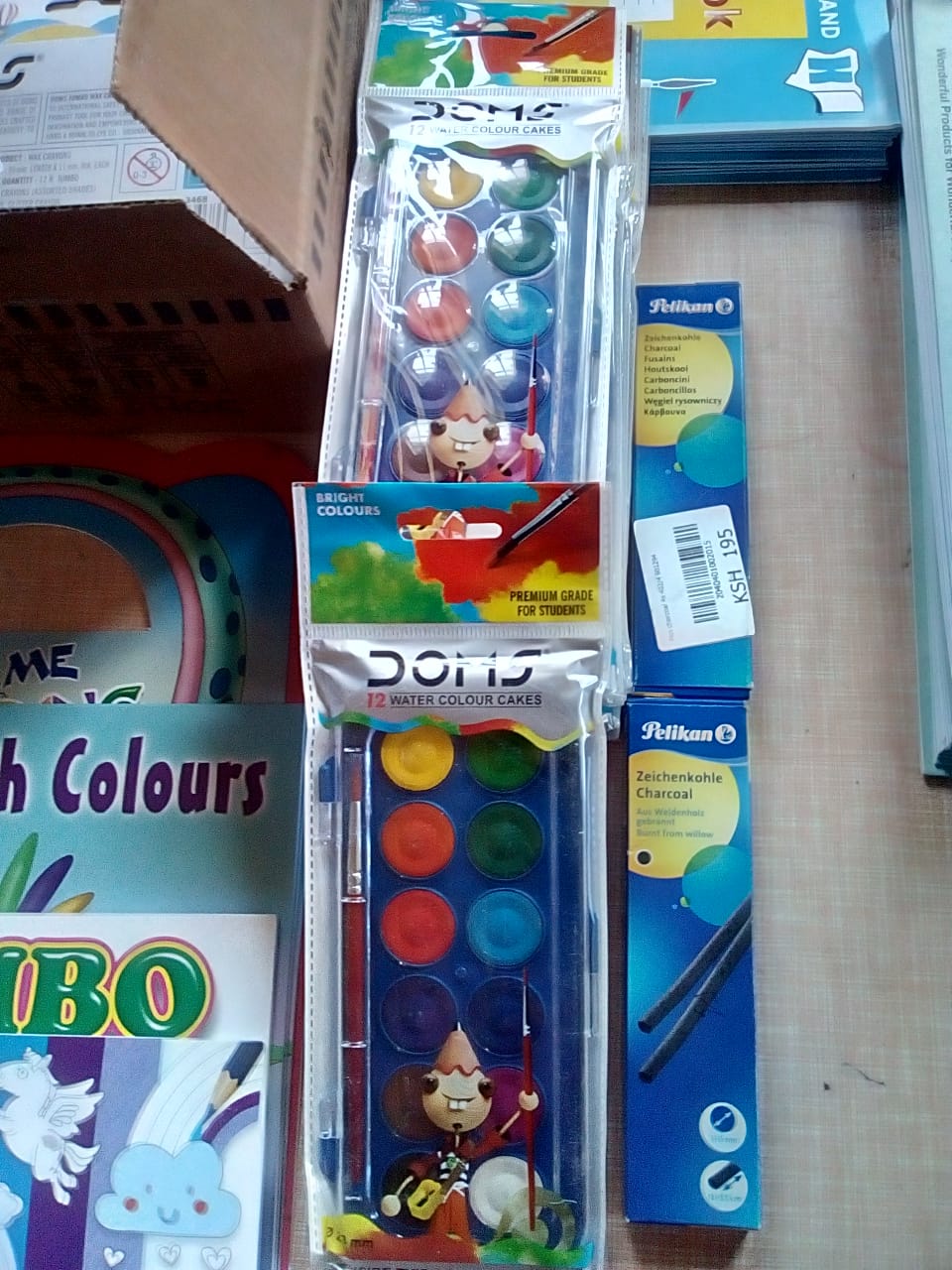 And so, John spent more time with his children’s art program, incorporating student art exchanges with over a dozen  other countries. 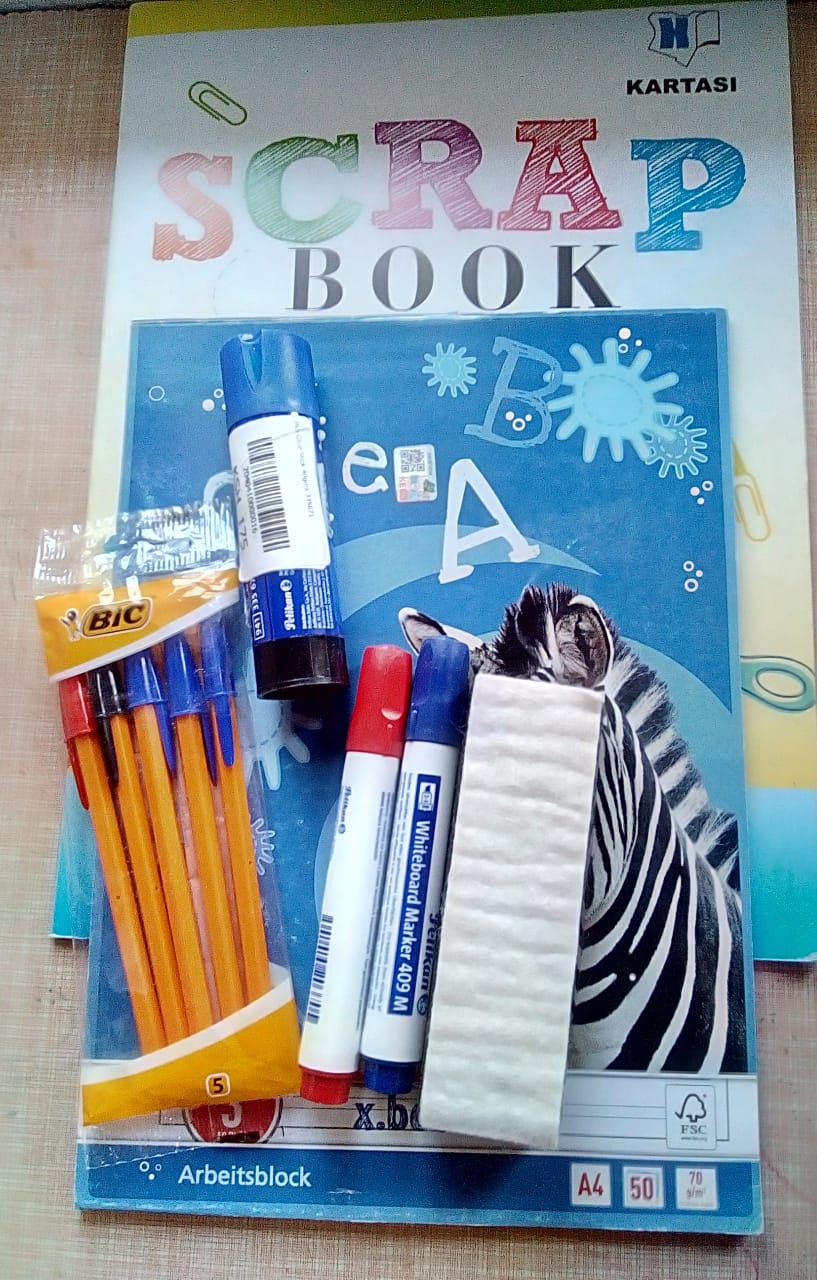 He has also incorporated ecology, gardening, community involvement, small business and other community and globally focused issues into his efforts, and the school idea is now part of a larger local and regional plan to focus on peaceful co-existence, education, and stronger community involvement in making the Western Kenya Rift Valley region a safer place to live. 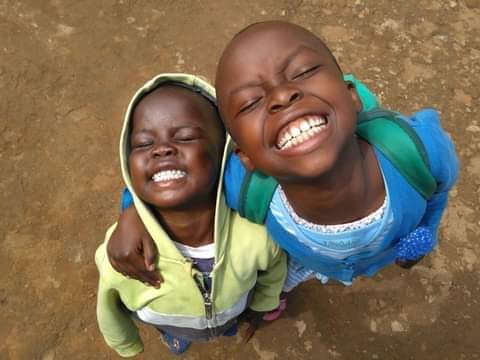 We believe that early education is the place to build a foundation that will help make these changes become sustainable. If the kids grow up at a young age living these learned ideas, they have a much better chance to incorporate them into their adult lives. And since they have been so impacted by violence, we are including Trauma Informed Education (TIE) to offer an appropriate, culturally adapted opportunity to them for learning. 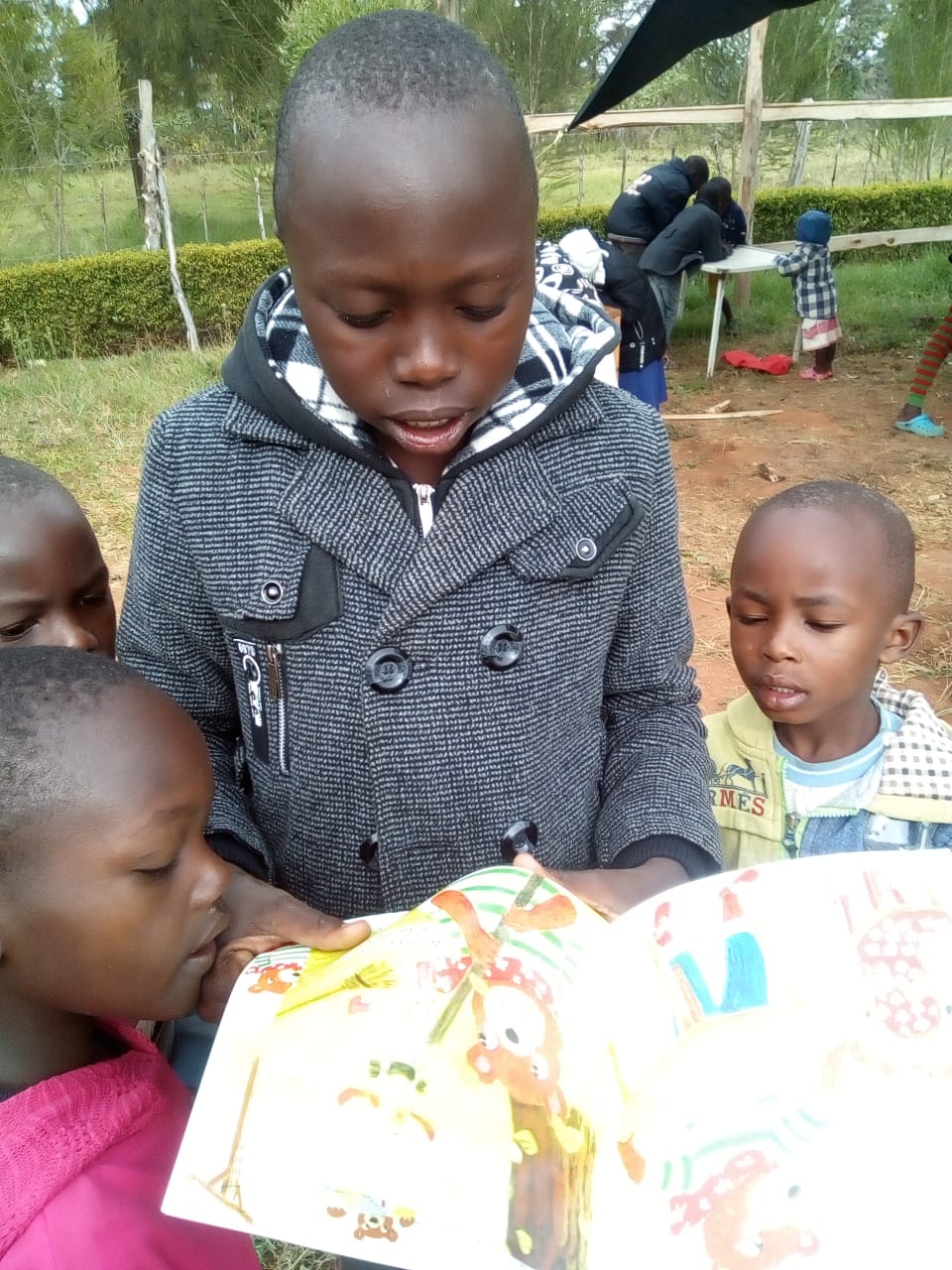 We are now in the early stages of trying to find the money to purchase a piece of land on which to build a new school and a large community garden with a water source. 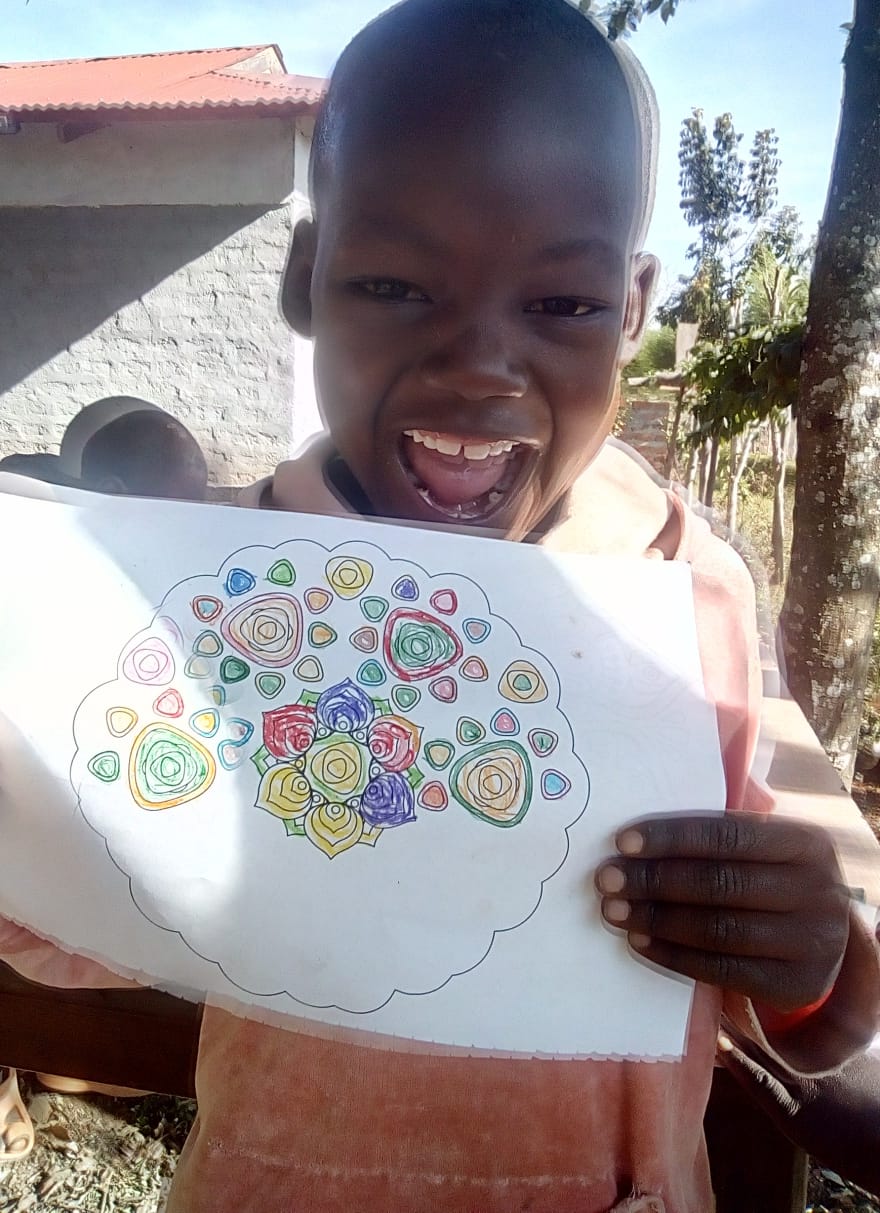 On another front in Kenya we are also working with John, World BEYOND War, and the Rotary Action Group for Peace, on a first-of-its-kind, 14-week project starting in September of this year. It offers a 6-week online Peace Education course followed by an 8-week Peace Action Plan developed by youth participants (18-35  yrs old) in their own community or region. It involves 10 selected youth leaders in each of 10 countries around the world. If successful, we hope to expand the program and offer it at least once a year. We are also collecting scholarships for the participants. 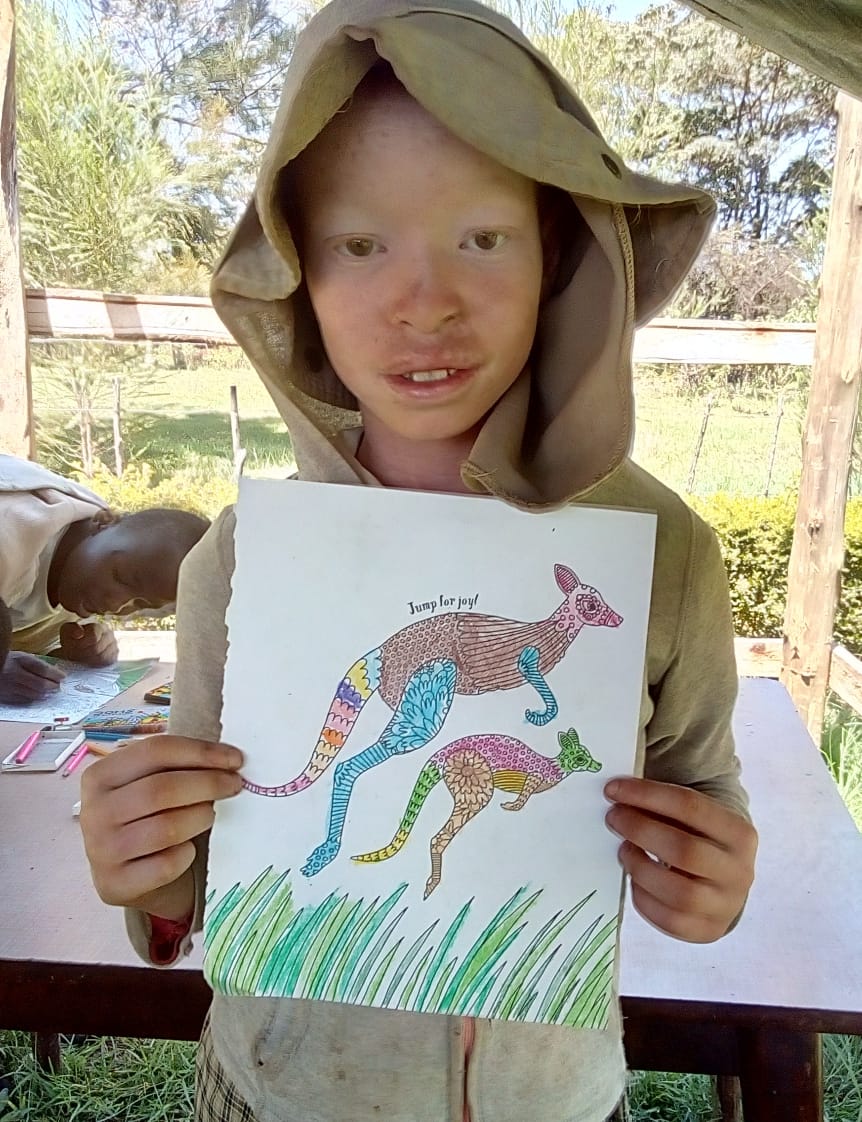 In my opinion, these programs have the combined potential to offer significant peace education opportunities from childhood to young adulthood, and have the potential to “grow” a garden full of next-generation peace warriors working to abolish war as a means of conflict resolution or resource procurement.