WWII was not fought to save anyone from death camps 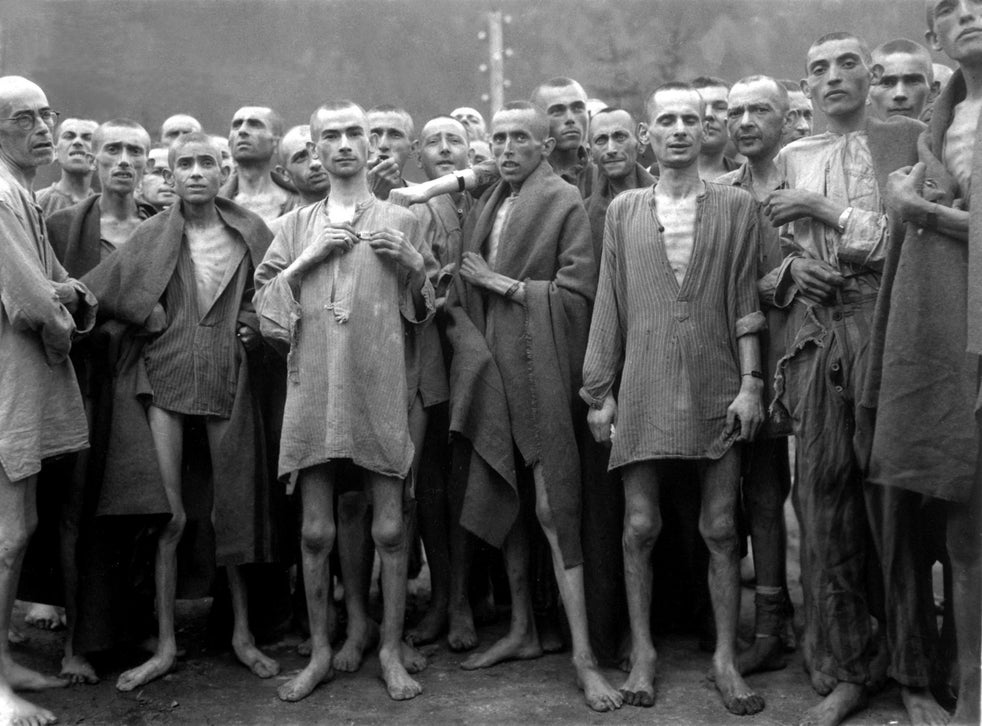 If you were to listen to people justifying WWII today, and using WWII to justify the subsequent 75 years of wars and war preparations, the first thing you would expect to find in reading about what WWII actually was would be a war motivated by the need to save Jews from mass murder. There would be old photographs of posters with Uncle Sam pointing his finger, saying “I want you to save the Jews!”

In reality, the U.S. and British governments engaged for years in massive propaganda campaigns to build war support but never made any mention of saving Jews.[i] And we know enough about internal governmental discussions to know that saving Jews (or anyone else) was not a secret motivation kept hidden from antisemitic publics (and if it had been, how democratic would that have been in the great battle for democracy?). So, right away we’re faced with the problem that the most popular justification for WWII wasn’t invented until after WWII.

U.S. immigration policy, crafted largely by antisemitic eugenicists such as Harry Laughlin — themselves sources of inspiration to Nazi eugenicists — severely limited the admission of Jews into the United States before and during World War II.[ii]

The policy of Nazi Germany for years was to pursue the expulsion of the Jews, not their murder. The world’s governments held public conferences to discuss who would accept the Jews, and those governments — for open and shamelessly antisemitic reasons — refused to accept the Nazis’ future victims. Hitler openly trumpeted this refusal as agreement with his bigotry and as encouragement to escalate it.

In Évian-les-Baines, France, in July 1938, an early international effort was made, or at least feigned, to alleviate something more common in recent decades: a refugee crisis. The crisis was the Nazi treatment of Jews. The representatives of 32 nations and 63 organizations, plus some 200 journalists covering the event, were well aware of the Nazis’ desire to expel all Jews from Germany and Austria, and somewhat aware that the fate that awaited them if not expelled was likely going to be death. The decision of the conference was essentially to leave the Jews to their fate. (Only Costa Rica and the Dominican Republic increased their immigration quotas.)

Australian delegate T. W. White said, without asking the native people of Australia: “as we have no real racial problem, we are not desirous of importing one.”[iii]

The dictator of the Dominican Republic viewed Jews as racially desirable, as bringing whiteness to a land with many people of African descent. Land was set aside for 100,000 Jews, but fewer than 1,000 ever arrived.[iv]

Hitler had said when the Évian Conference had been proposed: “I can only hope and expect that the other world, which has such deep sympathy for these criminals [Jews], will at least be generous enough to convert this sympathy into practical aid. We, on our part, are ready to put all these criminals at the disposal of these countries, for all I care, even on luxury ships.”[v]

Following the conference, in November of 1938, Hitler escalated his attacks on Jews with Kristallnacht or Crystal Night — a nighttime state-organized riot, destroying and burning Jewish shops and synagogues, during which 25,000 people were sent off to concentration camps. Speaking on January 30, 1939, Hitler claimed justification for his actions from the outcome of the Évian Conference:

“It is a shameful spectacle to see how the whole democratic world is oozing sympathy for the poor tormented Jewish people, but remains hard-hearted and obdurate when it comes to aiding them — which is surely, in view of its attitude, an obvious duty. The arguments that are brought up as excuses for not helping them actually speak for us Germans and Italians. For this is what they say:

“2. They assure us: We cannot take them unless Germany is prepared to allow them a certain amount of capital to bring with them as immigrants.”[vi]

The problem at Évian was, sadly, not ignorance of the Nazi agenda, but failure to prioritize preventing it. This remained a problem through the course of the war. It was a problem found in both politicians and in the public at large.

Five days after Crystal Night, President Franklin Roosevelt said he was recalling the ambassador to Germany and that public opinion had been “deeply shocked.” He did not use the word “Jews.” A reporter asked if anywhere on earth might accept many Jews from Germany. “No,” said Roosevelt. “The time is not ripe for that.” Another reporter asked if Roosevelt would relax immigration restrictions for Jewish refugees. “That is not in contemplation,” the president responded.[vii] Roosevelt refused to support the child refugee bill in 1939, which would have allowed 20,000 Jews under the age of 14 to enter the United States, and it never came out of committee.[viii]

While many in the United States, as elsewhere, tried heroically to rescue Jews from the Nazis, including by volunteering to take them in, majority opinion was never with them.

In July 1940, Adolf Eichmann, a major planner of the holocaust, intended to send all Jews to Madagascar, which now belonged to Germany, France having been occupied. The ships would need to wait only until the British, which now meant Winston Churchill, ended their blockade. That day never came.[ix]

British Foreign Secretary Anthony Eden met on March 27, 1943, in Washington, D.C., with Rabbi Stephen Wise and Joseph M. Proskauer, a prominent attorney and former New York State Supreme Court Justice who was then serving as President of the American Jewish Committee. Wise and Proskauer proposed approaching Hitler to evacuate the Jews. Eden dismissed the idea as “fantastically impossible.”[x] But the very same day, according to the U.S. State Department, Eden told Secretary of State Cordell Hull something different:

“Hull raised the question of the 60 or 70 thousand Jews that are in Bulgaria and are threatened with extermination unless we could get them out and, very urgently, pressed Eden for an answer to the problem. Eden replied that the whole problem of the Jews in Europe is very difficult and that we should move very cautiously about offering to take all Jews out of a country like Bulgaria. If we do that, then the Jews of the world will be wanting us to make similar offers in Poland and Germany. Hitler might well take us up on any such offer and there simply are not enough ships and means of transportation in the world to handle them.”[xi]

Churchill agreed. “Even were we to obtain permission to withdraw all the Jews,” he wrote in reply to one pleading letter, “transport alone presents a problem which will be difficult of solution.” Not enough shipping and transport? At the battle of Dunkirk, the British had evacuated nearly 340,000 men in just nine days. The U.S. Air Force had many thousands of new planes. During even a brief armistice, the U.S. and British could have airlifted and transported huge numbers of refugees to safety.[xii]

Not everyone was too busy fighting a war. Particularly from late 1942 on, many in the United States and Britain demanded that something be done. On March 23, 1943, the Archbishop of Canterbury pleaded with the House of Lords to assist the Jews of Europe. So, the British government proposed to the U.S. government another public conference at which to discuss what might be done to evacuate Jews from neutral nations. But the British Foreign Office feared that the Nazis might cooperate in such plans despite never being asked to, writing: “There is a possibility that the Germans or their satellites may change over from the policy of extermination to one of extrusion, and aim as they did before the war at embarrassing other countries by flooding them with alien immigrants.”[xiii]

The concern here was not with saving lives so much as with avoiding the embarrassment and inconvenience of saving lives.

In the end, those left alive in the concentration camps were liberated — though in many cases not very quickly, not as anything resembling a top priority. Some prisoners were kept in horrible concentration camps at least up through September of 1946. General George Patton urged that nobody should “believe that the Displaced person is a human being, which he is not, and this applies particularly to the Jews who are lower than animals.” President Harry Truman admitted at that time that “we apparently treat the Jews the same way as the Nazis did, with the sole exception that we do not kill them.”[xiv]

I tell this and related stories far more thoroughly in my new book, Leaving World War II Behind.

[i] In fact, the British Ministry of Propaganda made a decision to avoid mentioning Jews when discussing victims of the Nazis. See Walter Laqueuer, The Terrible Secret: Suppression of the Truth about Hitler’s “Final Solution.” Boston: Little, Brown, 1980, p. 91. Cited by Nicholson Baker, Human Smoke: The Beginnings of the End of Civilization. New York: Simon & Schuster, 2008, p. 368.

[ii] Harry Laughlin testified in 1920 to the House Committee on Immigration and Naturalization in the United States Congress that the immigration of Jews and Italians was damaging the genetic structure of the race. “Our failure to sort immigrants on the basis of natural worth is a very serious national menace,” Laughlin warned. Committee Chairman Albert Johnson appointed Laughlin to be the committee’s Expert Eugenics Agent. Laughlin supported the Johnson-Reed Immigration Act of 1924, which banned immigration from Asia and curtailed immigration from Southern and Eastern Europe. This law created quotas based on the 1890 U.S. population. Henceforth, immigrants could not just show up at Ellis Island but would have to obtain visas at U.S. consulates abroad. See Rachel Gur-Arie, The Embryo Project Encyclopedia, “Harry Hamilton Laughlin (1880-1943),” December 19, 2014, https://embryo.asu.edu/pages/harry-hamilton-laughlin-1880-1943 Also see Andrew J. Skerritt, Tallahassee Democrat, “‘Irresistible Tide’ takes unflinching look at America’s immigration policy | Book Review,” August 1, 2020, https://www.tallahassee.com/story/life/2020/08/01/irresistible-tide-takes-unflinching-look-americas-immigration-policy/5550977002 This story is covered in the PBS film “American Experience: The Eugenics Crusade,” October 16, 2018, https://www.pbs.org/wgbh/americanexperience/films/eugenics-crusade For how this influenced the Nazis, see Chapter 4 of Leaving World War II Behind.