Why We Oppose the National Defense Authorization Act 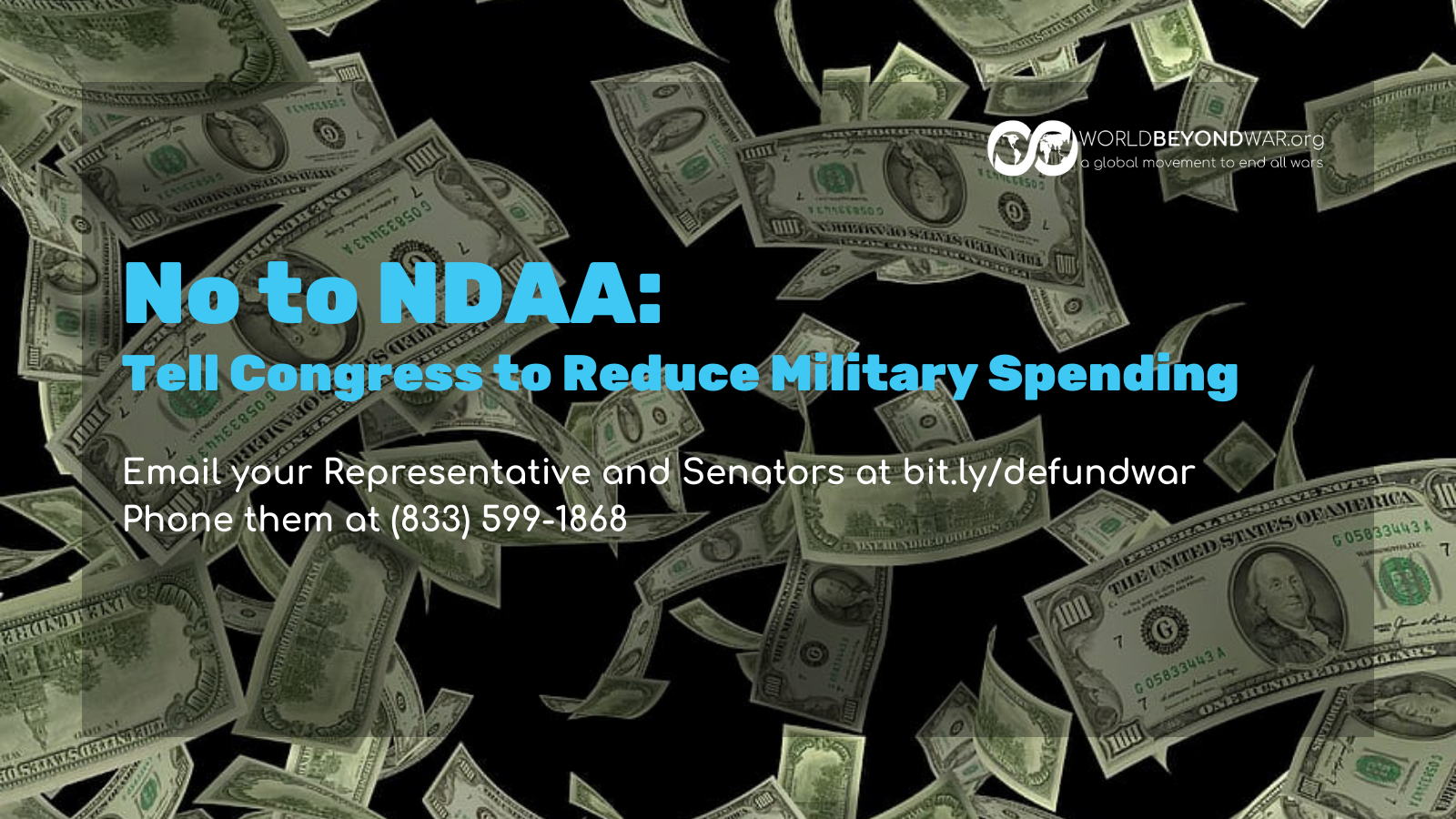 The moment of ending a war widely viewed as a 20-year catastrophe, having spent $21 trillion on militarism during those 20 years, and the moment when the biggest Congressional question in the media is whether the United States can afford $3.5 trillion over 10 years for things other than wars, is hardly the moment to increase military spending, or even to maintain it at remotely its current level.

Tiny fractions of U.S. military spending could do a world of good in the United States and around the world, and the most serious dangers facing us are exacerbated, not ameliorated, by it. These include environmental collapse, nuclear disaster, disease pandemics, and poverty. Even in morally dubious economic terms alone, military spending is a drain, not a boost.

Our demand to members of the U.S. House and Senate is to publicly commit to voting NO on the National Defense Authorization Act if it funds anything more than 90% of what it funded last year. We want to see those commitments made publicly and emphatically, with efforts to rally colleagues to do the same. That no caucus of the U.S. Congress is yet taking this action is disgraceful.

We would like to see House Members cosponsor H.Res.476, a non-binding resolution that proposes to move $350 billion out of the Pentagon’s budget. But until it has a chance of passing both houses, those endorsements will not impress us much. We would like to see them vote for amendments to undo the Congressional increase of $25 billion, and to reduce spending to 90% of last year’s level. But until those amendments stand a chance of passing, we will applaud quietly.

If Republicans oppose the NDAA in just one house of Congress (for their own bizarre reasons), it would take only a handful of Democrats insisting on reduced spending to halt or reshape the bill. Hence our demand: commit now to voting against the NDAA until military spending goes down by — at a very minimum — 10%. Make that simple commitment. Then we’ll thank you from the bottom of our hearts.