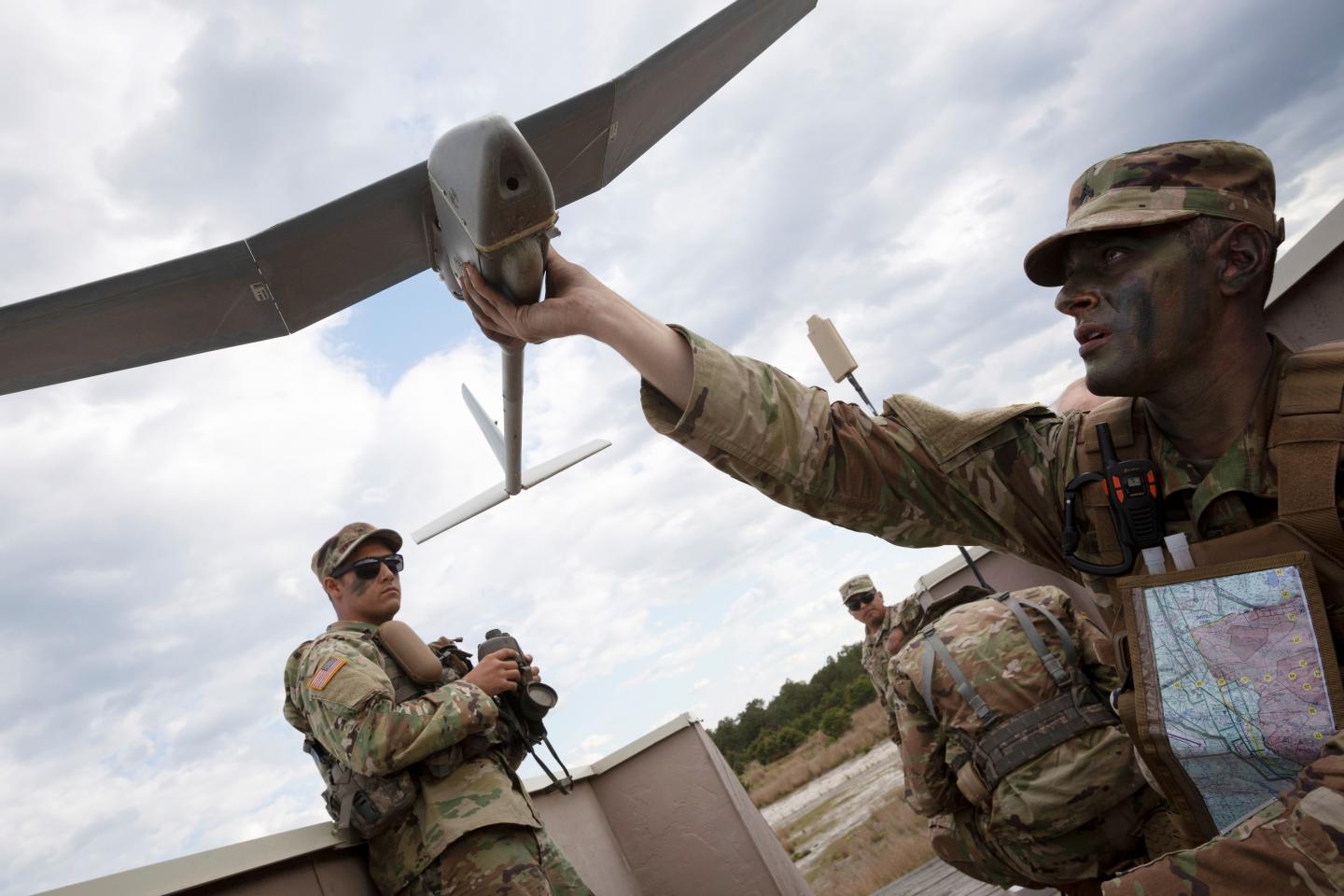 From The National Interest

While Donald Trump has used his time in the Oval Office to slash U.S. participation in international organizations and turn back the tide of trade liberalization, he has nevertheless been more than eager to keep in place the most expensive, visible, and important aspect of America’s global role: its worldwide military presence and near-constant use of lethal force.

Mark Esper has a euphemism for America’s wars in the Middle East: “mowing the lawn.” The Secretary of Defense used the term to describe U.S. military actions in Libya, where U.S. air forces are reported to have killed one-hundred fighters belonging to the ISIS terror group in September alone. But comparing perpetual warfighting to mowing the lawn is, to say the least, an inappropriate and misleading metaphor. Looking past innocuous descriptions over America’s sprawling military footprint ought to be an urgent task for those interested in reforming a failed and worsening foreign policy.

Nearly three years after he was elected President, the idea that Donald Trump is committed to a foreign policy of restraint, retrenchment, or isolationism can safely be put to rest. For while Trump has used his time in the Oval Office to slash U.S. participation in international organizations and turn back the tide of trade liberalization, he has nevertheless been more than eager to keep in place the most expensive, visible, and important aspect of America’s global role: its worldwide military presence and near-constant use of lethal force. So have advisers like Esper.

Trump often likes to sound as if he is dedicated to the task of bringing U.S. forces home, especially from the Middle East. As he declared in defense of his decision to redeploy U.S. personnel away from northern Syria, “the job of our military is not to police the world.” But no president who sends three thousand extra troops to Afghanistan and thousands more to Saudi Arabia can be considered serious about quitting the Middle East. And no president who orders the military to “secure” foreign oil fields, authorizes airstrikes against “criminal” regimes and openly raises the possibility of new (and unasked for) mutual defense treaties can credibly claim the mantle of anti-interventionism.

Perhaps the starkest evidence of the Trump administration’s comfort with never-ending militarism, however, can be found in its embrace of drone warfare. Over the past few years, investigative journalists and academic experts alike have done a hefty amount of spadework to uncover the extent of Trump’s reliance upon drones—yet the issue continues to be neglected as a headline story of this administration’s foreign policy. This is a mistake.

Since becoming President, Trump has taken several measures to expand the use of drones by America’s armed forces and its intelligence services. He chose to restore the CIA’s authority to carry out drone strikes independent of the Pentagon (something that had been stopped towards the end of the Obama administration); scaled back rules meant to increase transparency surrounding civilian casualties from drone strikes; and has overseen the expansion of a U.S. airbase in Niger, from where both the CIA and regular U.S. military can dispatch lethal drone strikes across North Africa.

These are the deliberate actions of a president who wants to see more drone strikes in more places. And sure enough, the number of drone strikes carried out by U.S. forces have skyrocketed on Trump’s watch. According to the Bureau of Investigative Journalism, there have been at least 4,582 drone strikes in Afghanistan since January 2017, resulting in as many as 2,500 deaths. Another 900 people have been killed by around 270 drone strikes in Yemen, Somalia, and Pakistan. Taken together, this means that the United States has carried out, on average, more than four drone strikes per day since Trump took office. In other words, the United States has waged a relentless campaign of meting out lethal force across multiple warzones.

Of course, Trump is no pioneer of drone warfare. The George W. Bush administration used drones extensively as part of the Global War on Terrorism—not just in Afghanistan and Pakistan, but also against known terrorists in Yemen and Somalia. At first, drones were prized as a unique tool for carrying out targeted killings in areas where U.S. forces were not prepositioned or would otherwise have had difficulty operating by land or air.

In time, the drone war came to be massively expanded. President Obama leaned heavily upon remote warfare to combat terrorism in the Greater Middle East without having to wage visible, costly, and controversial land wars in the region. Drones seemed to offer Obama—a president who ran for office in 2008 on a promise of ending the Iraq War and downsizing other overseas commitments—the ability to conduct vital counterterrorism operations without facing significant domestic scrutiny for his actions. As journalist Peter Sanger put it, the goal was to “confront” yet “conceal.” In May 2013, Obama reluctantly agreed to introduce new guidelines to regulate the use of drone strikes in conflict zones, even if he insisted on keeping the full guidance document confidential for three whole years.

In his first year in office, Trump got rid of those Obama era rules on drone warfare. This was partly because Trump does not believe in constraining the military (or the CIA) and partly because, unlike Obama, he faces little serious opposition from lawmakers. The ethical considerations surrounding the widespread use of drones might also have faded from the public imagination. But whatever the explanation, President Trump has unmistakably been trying to make drones a renewed and expanded feature of America’s never-ending (“forever”) wars against international terrorism.

What has all this meant for American foreign policy under Trump? First, it means that the United States is committed to maintaining its massive overseas presence for the foreseeable future. After all, drones mean airbases—and airbases mean military garrisons and entangling security partnerships with host countries the world over. From Niger in West Africa to Afghanistan in Central Asia, the U.S. military is entrenched for the long haul; it will not be “coming home” so long as forward-deployed forces are needed to wage an expansive drone war.

Second, it means that President Trump—despite his protestations to the contrary—is, in fact, committed to carrying out “police actions” across the globe. For even if they help to reduce the number of U.S. ground forces required to further national security objectives, drone strikes still count as overseas military interventions. Under Trump, the United States has thus engaged a constant state of war that the President could have curtailed but instead chose to deepen, widen, and routinize.

Looking through the lens of drone warfare reveals the reality of Trump’s foreign and military policy. He is not committed to retrenchment, nor restraint. On the contrary, he is demonstrably wedded to the idea of global military primacy—of retaining a free hand for the United States to intervene militarily wherever it sees fit. He is dedicated to permanent war as the normal state of affairs. Glib references to lawn care should do nothing to disguise this fact.

Peter Harris is an assistant professor of political science at Colorado State University. You can follow him on Twitter: @ipeterharris.