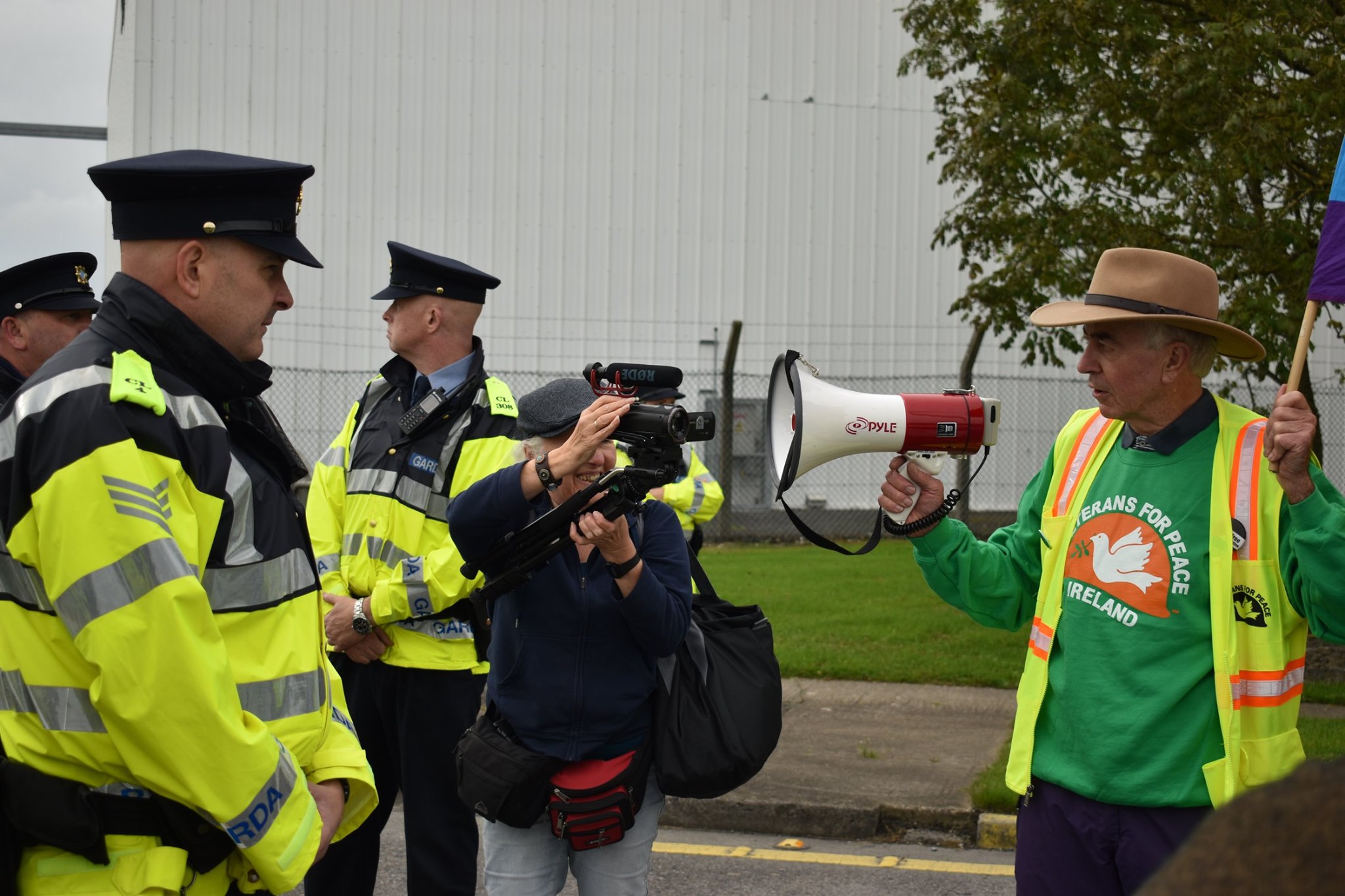 How did you get involved with anti-war activism and World BEYOND War (WBW)?
First of all, I prefer the more positive term peace activist rather than the negative term anti-war.

The reasons I became involved with peace activism arose from my previous experiences as a United Nations military peacekeeper combined with my work as an international election monitor in 20 countries that had experienced serious conflicts and also my academic research convinced me that there was an urgent need to promote peace internationally as a alternative to wars. I became involved in peace activism initially in 2001 as soon as I realized that the Irish Government had decided to facilitate the US led war in Afghanistan by allowing the US military to transit through Shannon airport on their way to Afghanistan in clear breach of international laws on neutrality.

I became involved with WBW because I became aware of the good work WBW was doing through WBW’s participation in two international peace conferences in Ireland, including the First International Conference Against US/NATO Military Bases held in November 2018, and the Conference organized by World BEYOND War – Pathways to Peace in Limerick 2019.

What kinds of volunteer activities do you help with?
In addition to being active with WBW, I am international secretary with PANA, the Irish Peace and Neutrality Alliance, a founding member of Shannonwatch, member of the World Peace Council, Chairperson of the Veterans For Peace Ireland, as well as being active with a number of environmental groups.

What keeps you inspired to advocate for change?
During my service as a United Nations peacekeeper, and as an international election monitor, I have seen the devastation of wars and conflicts first hand, and met with very many victims of war, and family members of people killed in wars. In my academic research also, I have established that up to one million children have died across the Middle East due to war related reasons since the First Gulf war in 1991. These realities leave me no option except to do all I can to help end wars and promote peace.

How has the coronavirus pandemic impacted your activism?
The coronavirus has not limited my activism too much as I have been involved in a number of legal cases connected to peace actions at Shannon airport and I have been using Zoom type meetings to participate in peace activities. I have replaced the direct monitoring of US military aircraft transiting through Shannon airport with electronic and using aircraft tracking systems on the internet.