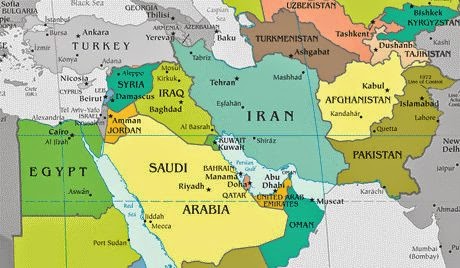 The American revolution was supposed to have happened because of the revulsion our ‘founding fathers’ had with the institution of ‘divine right of kings’ or monarchy.  Supposedly the new American nation went to war with England because a revolutionary ‘democracy’ was the preferred way of organizing our new nation.  (Of course the truth was that the American ‘founding fathers’ had their own dreams of empire which is just what has sadly turned out for this country.  But the mythology of America is all about our rejection of monarchy.)

Fast forward to today and we see the headlines on November 20 in the Portland Press Herald newspaper: Bath Iron Works may get Saudi ship contract worth billions.

The article reads in part:

Saudi Arabian officials say they are preparing to move forward with an upgrade to the country’s navy that could include a multibillion-dollar contract for Bath Iron Works, the Reuters news service reported Wednesday.

BIW’s DDG-51 destroyer is one of at least two ship designs being considered for the long-discussed Saudi Naval Expansion Program II, or SNEP, which has an estimated value of roughly $20 billion, Reuters said.

Patrick Dewar, executive vice president of Lockheed Martin, told the news service that Saudi officials were planning to release new information over the next several months about how the country plans to proceed with SNEP.

Dewar told Reuters that the Saudis are considering whether to buy up to a dozen of Lockheed’s steel monohull Littoral Combat Ship or the larger DDG-51 destroyer built by BIW, a subsidiary of General Dynamics Corp.

“We are aware of the ongoing discussions between the U.S. and Saudi Arabia concerning modernization of the Saudi fleet,” said BIW spokesman Jim DeMartini.

“We are in the business of building naval surface combatants and should the two governments reach an agreement on a program, we would be highly interested in pursuing that opportunity.”

Looking at a map we see the close proximity of Iran to Saudi Arabia.  We know that the Saudi monarchy wants to take down Iran (as does Israel and the US).  We know that the DDG-51 destroyer built by BIW is outfitted with so-called ‘missile defense’ systems that are key elements in US first-strike attack planning.  We know that these warships are heavily reliant on US military satellites to direct the on-board weapons systems to their targets.  Saudi Arabia does not have the military satellites nor the ground-based command and control systems to guide these weapons systems to their targets.  Thus any Saudi high-tech ships and weapons would be run through the Pentagon’s warfighting satellite system.  In other words the Saudi monarchy would be paying for the ships that would essentially augment existing US military forces now surrounding Iran in places like Kuwait, Afghanistan, Iraq and other locations in the region.

Most interesting of all is that US shipyard workers would be building warships for a brutal and unforgiving monarchy that is known for making ISIS look like amateurs. Saudi Arabia is one of the last places on earth where capital punishment is a public spectacle – carried out in what is called Chop Chop Square in Riyadh.

Capital and physical punishments imposed by Saudi courts, such as beheading, stoning (to death), amputation and lashing, as well as the sheer number of executions have been strongly criticized. The death penalty can be imposed for a wide range of offences including murder, rape, armed robbery, repeated drug use, apostasy, adultery, witchcraft and sorcery and can be carried out by beheading with a sword, stoning or firing squad, followed by crucifixion. The 345 reported executions between 2007 and 2010 were all carried out by public beheading. The last reported execution for sorcery took place in September 2014.

Saudi Arabia has been the official sponsor of Wahabbism – the extremist thought from which all jihadist militancy now pours forth. Saudi Arabia and its Wahabbism’s militant Islamic doctrines constitute a clear and present danger to the Middle East and to the entire world. The house of Saud derives its legitimacy from religious credentials underwritten by Wahabbi clerics. Wahabbism is the creed that has fuelled all jihads –many with West’s blessings- in world’s recent memory.

You’d think that official circles in Washington would be up-in-arms about selling high-tech weapons of war to the brutal monarchy of Saudi Arabia.  But this likely $20 billion weapons sale indicates just how corrupt and immoral the US ‘experiment’ in democracy has become.  The #1 industrial export product of the US today is weapons.  The US wants to take down Iran and has made a pact with the Saudi’s to do just that.

There can be no doubt that the American dream of freedom, justice and democracy is now no more than a hollow phrase.