Are Tweets Making Everyone Twits? 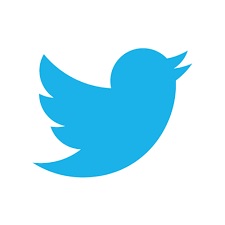 In any case, the phenomenon I’m observing has been growing for some time. I recently found a professor willing to publicly debate me on the question of whether war is ever justified. Now I’m having the hardest time finding a university willing to host the debate or even to recognize the concept of civil nonviolent debate. But where would anyone go to observe such a thing? Not television. Not most text journalism. Not social media.

“There’s no difference between the Democrats and the Republicans.”

“The Democrats and the Republicans have nothing in common.”

These are both ridiculously stupid statements, as are these:

It’s not new for people to oversimplify, exaggerate, or create straw man arguments. It’s not new to try to correct a perceived misconception in one direction by declaring an absurd absolutism in the other direction. What’s new, I think, is the degree to which statements are shortened by time constraints and the limitations of the medium used, and the degree to which swearing by the resulting ridiculous position is made a matter of principle.

Take the example of current U.S. discussions of sexual assault and harassment as possibly the most extreme case. The big story seems to me to be that something wonderful is happening. A widespread injustice is being exposed and stigmatized and possibly reduced going forward.

That doesn’t change any of these other indisputable facts:

Some people will be falsely accused, and studies showing a large percentage of accusations to be true won’t seem like much consolation to them.

Some people being held accountable for sexual harassment are demonstrably guilty of things like promoting war, making movies that glorify murder, producing rightwing propaganda, and creating public policies that have harmed millions; in an ideal world they might be held accountable for some of those other outrages too.

Some people guilty of sexual harassment are otherwise very nice people in many ways. Some really are not.

Some people guilty of sexual harassment or assault have begun and ended that behavior at identifiable moments in their lives.

Some people pushing back against change are women, some men. If you must pick a team, it should be the team in favor of truth and respect and kindness.

A wave is simply how social change often works, not an orchestrated conspiracy of lies.

Most people who have known of crimes or offenses and stayed silent have had reasons to, including the expectation of not being heard, as demonstrated by the fact that many of them didn’t actually stay silent. We just didn’t hear them. That general truth doesn’t eliminate the existence of cowardice in various cases.

Most accusers of non-prominent individuals are still not heard by the public at large.

But most non-prominent individuals are quickly arrested and charged with a crime on the basis of a single accusation.

Most prominent individuals, once accused, are publicly shamed, sometimes removed from their jobs, sometimes their careers ruined, but they are never charged with any crime.

Pay offs to keep silent are a privilege of the wealthy and powerful, while also being a form of restorative justice denied to most victims and their abusers.

Those punished by the U.S. system of incarceration are punished brutally and counterproductively, in no way rehabilitated. A large percentage of sexual assaults in the United States takes place inside “correctional” facilities.

Some crimes and abuses are far worse than others, but the lesser outrages are still outrages. A greater crime doesn’t excuse or redeem a lesser one.

Neither does the growing volume of reported crimes render each individual crime less awful.