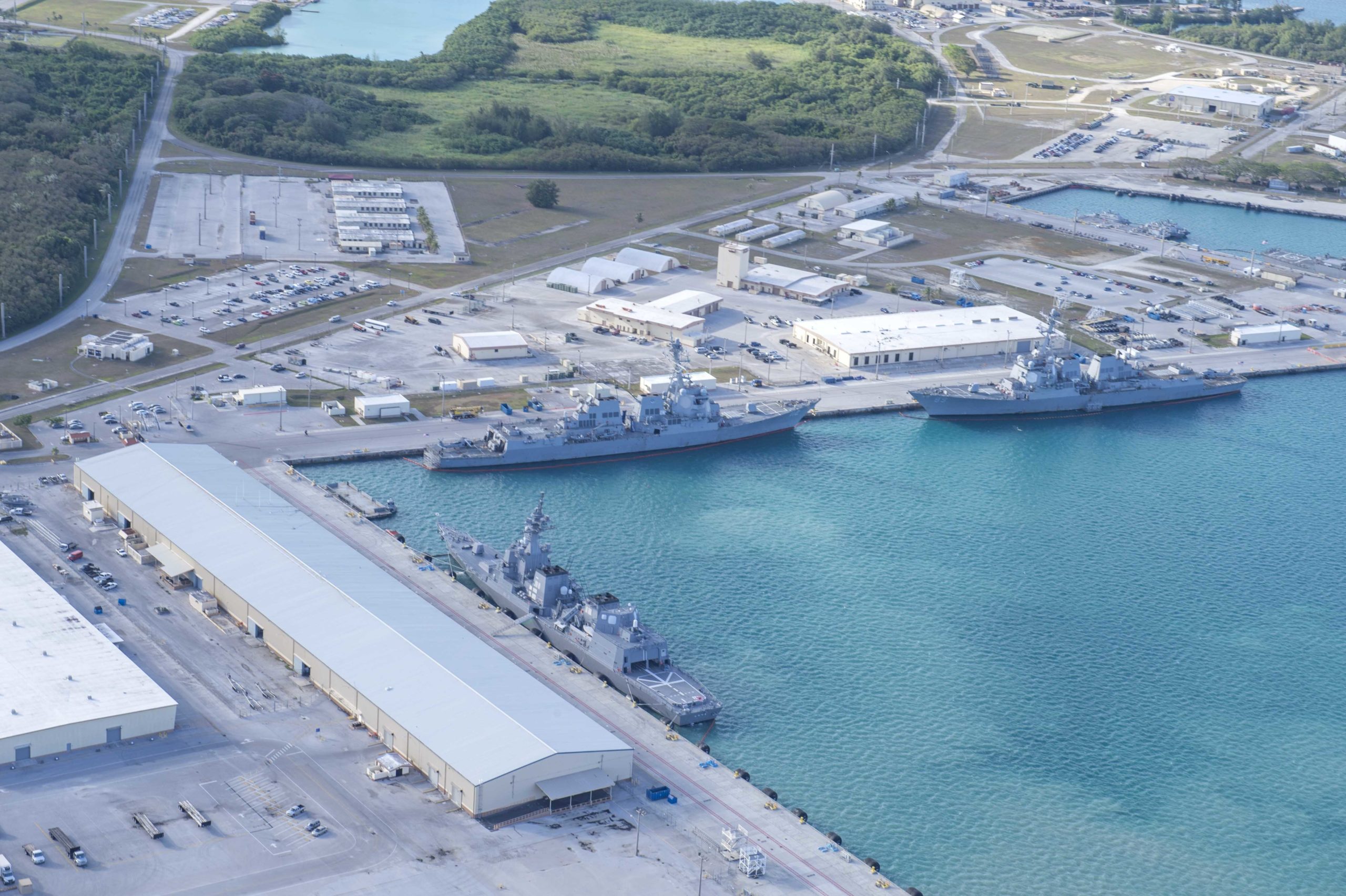 An aerial view of U.S. Naval Base Guam shows several Navy vessels moored in Apra Harbor, March 15. Some of the vessels are in Guam in support of Multi-Sail 2018 and Pacific Partnership 2018. This year also marks the 75th anniversary of the establishment of U.S. 7th Fleet. (U.S. Navy photo by Mass Communication Specialist 3rd Class Alana Langdon)

The undersigned represent a broad group of military analysts, veterans, scholars, and advocates from across the political spectrum who agree with President Biden’s directive to conduct a thorough global posture review of U.S. forces. This has the potential to be a singularly important initiative in U.S. history. As a result of a long-outdated forward deployment strategy that dates to the first years of the Cold War, the United States today maintains approximately 800 base sites in around 80 foreign countries. Many of these bases should have closed decades ago. Maintaining unnecessary bases abroad wastes tens of millions of tax dollars annually and actively undermines the safety of the country and the world.

This letter’s diverse signatories have different ideas about how many bases to close but find broad agreement about the following nine reasons to close foreign bases and improve national and international security in the process:

1. Overseas bases cost taxpayers billions every year. According to the RAND Corporation, it costs an average of $10,000-$40,000 more per person per year to station military personnel on overseas bases compared to domestic bases. In total, the country spends an estimated $51.5 billion annually to build and run bases abroad—at a time when trillions are urgently needed for human and environmental needs including a disease pandemic and a climate crisis.

2. Overseas bases are now largely obsolete thanks to technological advancements. Because of advances in air and sealift and other military technology, rapid response forces can deploy to virtually any region fast enough to be based in the continental United States. The development of extremely accurate intermediate- and long-range ballistic missiles also makes overseas bases vulnerable to asymmetric attacks that are very difficult to defend against. In northeast Asia, for example, more than 90 percent of U.S. air facilities are in high-threat areas.

4. Overseas bases increase military tension. Rather than deterring adversaries, U.S. bases can exacerbate security threats by antagonizing other countries into greater military spending and aggression. Russia, for example, justifies its interventions in Georgia and Ukraine by pointing to encroaching U.S. bases in Eastern Europe. China feels encircled by the more than 250 U.S. bases in the region, leading to a more assertive policy in the South China Sea.

5. Overseas bases support dictators and repressive, undemocratic regimes. Scores of U.S. bases are in more than 40 authoritarian and less-than-democratic countries, including Bahrain, Turkey, and Niger. These bases are a sign of support for governments implicated in murder, torture, suppressing democratic rights, oppressing women and minorities, and other human rights abuses. Far from spreading democracy, bases abroad often block democracy’s spread.

6. Overseas bases cause blowback. In the Middle East in particular, U.S. bases and troops have provoked terrorist threats, radicalization, and anti-American propaganda. Bases near Muslim holy sites in Saudi Arabia were a major recruiting tool for al-Qaeda.

7. Overseas bases damage the environment. Bases abroad have a long track record of damaging local environments as a result of toxic leaks, accidents, the dumping of hazardous materials, and base construction. The DoD does not hold itself to the environmental protection standards established for domestic bases, and Status of Forces Agreements (SOFA) may prohibit inspections by the host government and/or may relieve the U.S. from clean-up costs.

8. Overseas bases damage America’s international reputation and generate protest. Because people tend not to like their land occupied by foreign militaries, it’s unsurprising that bases abroad generate some degree of opposition almost everywhere they’re found (causing problems for the military). Local citizens are being poisoned by toxic chemicals in their water supplies (see #7) without recourse.  Crimes by military personnel, including rapes and murders, and deadly accidents also damage America’s reputation and generate protest. Bases in colonized U.S. territories perpetuate their diminished sovereignty and 2nd class citizenship.

9. Overseas bases are bad for families. Deployments overseas can separate military personnel from their families for months and years, damaging relationships. Even when families enjoy the opportunity to accompany military personnel abroad, frequent moves are disruptive to the careers, schooling, and lives of spouses and children.

Compared to closing domestic bases, closing overseas bases is easy. Presidents George H.W. Bush, Bill Clinton, and George W. Bush closed hundreds of unnecessary bases in Europe and Asia, and the Trump administration closed some bases in Afghanistan, Iraq, and Syria. Significantly reducing the U.S. global footprint would bring home thousands of personnel and family members who would contribute to the domestic economy.

In the interest of national, global, and fiscal security, we urge President Biden and Secretary Austin, supported by Congress, to begin a process to close bases overseas and relocate military personnel and families to domestic bases, where there is well-documented excess capacity.