The Deep Structure of the Cold War and the EU 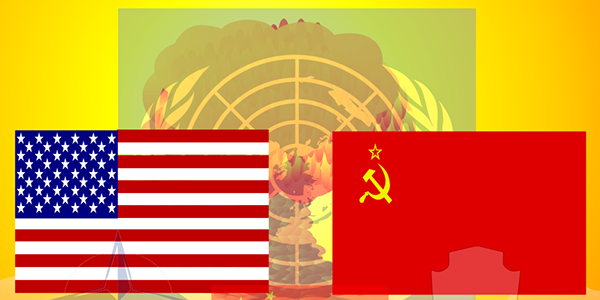 Strategy teacher Stefan Forss claims in the Helsinki newspaper Hufvudstadsbladet that Russia is preparing an invasion of Ukraine.

That’s how it looks.

If so, Russia is responding to the U.S. and Ukrainian governments’ preparations for definitively integrating Ukraine into the U.S. world empire, completing the Western military advance against Russia that began in the latter half of the 1990s.

Forss further believes that “the disgusting refugee crisis at the EU and NATO borders in Poland and Lithuania . . .  shows features of a Russian deception operation, a maskirovka”, which is another way of putting all the blame for what is happening at the borders on Putin.

The risk of a major military conflict has unfortunately increased in our part of the world at the same time that military-political tensions have escalated in Asia, not least around the question of Taiwan’s future. The use of thousands of migrants as game pieces arouses justified disgust, but what feelings does the use of Ukraine’s 45 million and Taiwan’s 23 million inhabitants evoke as chips in the geopolitical game?

Perhaps this should not lead to outbursts of emotion and accusations, but should be thought-provoking.

The Cold War did not end with the Soviet Union. It is going on, albeit in more Orwellian geopolitical forms than before. Now there are three global  parties to it just like “Eurasia, Oceania and East Asia” in Orwell’s  “1984”. The propaganda, the “hybrid actions” and the surveillance of the  citizens are also dystopian. One remembers Snowden’s revelations.

The main cause of the Cold War is, as before, the nuclear weapons systems  and the constant threat from these to the climate and life on earth. These  systems have constituted and continue to constitute “the deep structure of  the Cold War”. I borrow the expression from the historian E.P. Thompson  and thus hope to remind of a choice of path that may still be open to us.  We can try to use the UN and international law as our platform to abolish  nuclear weapons systems. Or we can continue to drive the Cold War into a  nuclear catastrophe due to overheating of superpower relations or by  mistake.

The modern, enlarged European Union did not yet exist during the first  phase of the Cold War. It only came into being during the 1990s, when  people hoped that the Cold War had finally gone down in history. What does  it mean for the EU that the Cold War is still going on? At present and in the near future, EU citizens tend to split into three parties. First, those who believe that the US nuclear umbrella is our mighty fortress.  Secondly, those who want to believe that France’s nuclear strike force can  be or will be our mighty fortress. (this idea was certainly not foreign to  de Gaulle and has most recently been aired by Macron). Finally, an opinion  that wants a nuclear-weapon-free Europe and an EU that adheres to the UN  Convention on the Prohibition of Nuclear Weapons (TPNW).

Anyone who imagines that the third line of opinion is represented by only a few EU citizens is mistaken. A majority of Germans, Italians, Belgians, and Dutch want to remove U.S. nuclear bases from the territories of their respective NATO countries. Public support for nuclear disarmament of  Europe and accession to the UN Convention is also strong in the rest of  Western Europe, not least in the Nordic countries. This also applies to the nuclear-weapon state of France. A survey (conducted by IFOP in 2018)  showed that 67 percent of French people want their government to join the TPNW while 33 percent thought it should not. Austria, Ireland, and Malta  have already ratified TPNW.

What does all this mean for the EU as an institution? This means that the EU must be brave and come out of the closet. The EU must dare to deviate  from the path currently taken by the Cold War adversaries. The EU must  build on the opinion of its founder Altiero Spinelli that Europe must be  denuclearized (which he presented in the article “Atlantic Pact or European Unity”, Foreign Affairs No. 4, 1962). Otherwise, the Union will  fall apart while the risk of a third world war increases.

The states that have acceded to the UN Convention on the Prohibition of  Nuclear Weapons will soon meet for the first time since its entry into force in January. The meeting is scheduled to take place in Vienna March  22-24, 2022. What if the European Commission were to express its support?  Such a strategic move on the part of the EU would be really fresh! In  return, the EU would in retrospect deserve the peace prize that the Nobel  Committee awarded to the Union too early in 2012. The EU must dare to  support the UN Convention. And Finland must dare to give the EU small  pushes in that direction. All signs of life in the fight against the Cold  War would be welcome. A minimal sign of life would be, like Sweden, to  take on observer status and send observers to the meeting in Vienna.