Sanctions Are Crimes, Not Law Enforcement 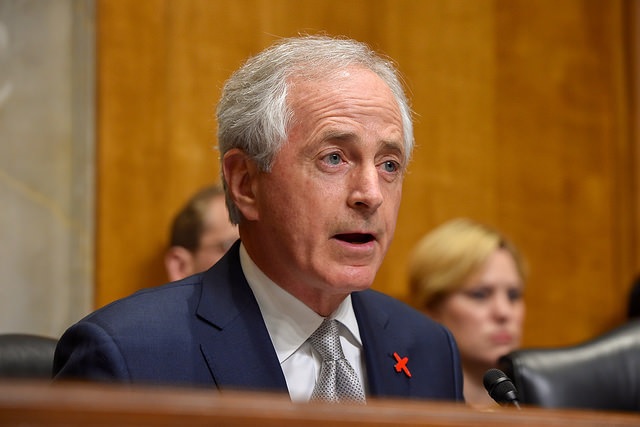 The U.S. Senate has increased sanctions on the people of Iran and Russia, if the House and President go along. The Senate vote was 98-2, with Senators Rand Paul and Bernie Sanders voting no, the latter despite his support for the Russian half of the bill.

The bill is called “An act to provide congressional review and to counter Iranian and Russian governments’ aggression.”

“Aggression” is a term of art here meant to convey something like what it means for the U.S. military to accuse a Syrian airplane in Syria of aggression against U.S. forces before shooting it down. Legally, the aggressor is the United States in both situations (in the Syrian war and in the context of these sanctions), but practically speaking resistance to U.S. aggression is perceived in Washington, D.C., as unacceptable hostility.

A fairly honest assessment of the U.S. tactic of sanctions is found on Investopedia.com: “Military action isn’t the only option for countries that are in the midst of a political dispute. Instead, economic sanctions provide an immediate way for the U.S. to crack down on rogue countries without putting lives on the line.”

“Military action,” we should note, is a criminal activity under the U.N. Charter and under the Kellogg-Briand Pact. It is not just “politics by other means,” but rather the quintessentially rogue action. When a rogue nation considers other possible crimes as alternatives to war and settles on sanctions, the result is less violent but not always less deadly. U.S. sanctions on Iraq prior to 2003 killed at least 1.7 million people, including at least 0.5 million children, according to the U.N. (something then-Secretary of State Madeleine Albright said was “worth it”). So, sanctions do “put lives on the line,” but they are the tools of a rogue, not of global justice “cracking down” on rogues.

Just like “military action,” sanctions do not work on their own terms. U.S. sanctions on North Korea have been failing to overthrow that government, and uniting people behind it, for 67 years. Same story with Cuba for the past 57 years. And Iran for the past 38 years. When I was in Russia recently, prominent opponents of Vladimir Putin told me that they would not criticize him until the sanctions end.

Of course, if the goal is not domestic overthrow but promotion of a nationalist or militarist who will make a good enemy easy to provoke into a war, then arguably there have been dangerous signs of success in North Korea, while the Iranians’ reelection of a moderate, and Putin’s extremely cool restraint must be infinitely frustrating.

The U.S. does not present sanctions as tools of murder and cruelty, but that’s what they are. The Russian and Iranian people are already suffering under U.S. sanctions, the Iranians most severely. But both take pride in and find resolve in the struggle, just as do people under military attack. In Russia, the sanctions are actually benefitting agriculture, just as they have done in Cuba. Necessity is the mother of food production. Still, the suffering is widespread and real. Reinforcing the blockade on Cuba is a criminal action that will lead to deaths (including the deaths of U.S. citizens denied access to Cuban medicines).

The U.S. presents its sanctions as law enforcement rather than law violation. The senate’s legislation blames Iran for building missiles and for supporting terrorists and insurgents. The United States, of course, far outdoes Iran in both regards, and building missiles is (sadly) not a violation of any law. Large-scale terrorism, also known as war, is, however, where U.S. criminality really dwarfs Iran and Russia.

The same bill cites the U.S. “intelligence community” with “assessing” in January that “Russian President Vladimir Putin ordered an influence campaign in 2016 aimed at the United States presidential election.” Thus Russia stands accused (without a shred of proof) of undermining cyber security and elections, things the United States leads the world in. In addition, Russia is accused of “aggression” in Ukraine, something that facilitating a violent coup in Kiev does not apparently add up to. Then there are “human rights abuses” and “corruption within Russia.”

The array of sanctions in this new bill, as in the existing sanctions programs on numerous nations, makes an odd mix. Some sanctions supposedly target human rights, while others are clearly aimed at economic competition — and communications competition. Various industries are targeted for damage. The production of a report on Russian media is ordered — as if the United States is not also the leader in promoting its own media abroad.

The silver lining here, as well as — coincidentally — the part of the legislation least likely to please the White House is the effort to block Russian fossil fuels pipelines. The Secretary of Exxon Mobil cannot be pleased. If Russophobia were to save the climate from huge amounts of carbon, as well as making it acceptable to demand verifiable vote counting in U.S. elections, there would at least be something to smile about as humanity approaches the brink.

Needless to say, we’d be better off abolishing sanctions along with war as counterproductive, cruel, barbaric forms of hostility in a world that needs cooperation, forgiveness, and generosity as it never has before. When the Soviet Union dismantled itself, abandoned communism, and petitioned to join the E.U. and NATO, and to mutually disarm, the U.S. government made very clear that it values something far higher than eliminating enemies. And that is this: maintaining enemies. Sanctions serve that purpose with Russia and Iran: they maintain enemies, they sell weapons.

They also prepare the ground, as in Iraq, for war. Russia’s nuclear weapons, the incredible success of Islamophobia, traditional U.S. racism, and the positioning of the U.S. military in the area all make this very bad news for Iran as the likely next victim. And if a U.S. war is launched against Iran, we are likely to hear from Washington’s halls of power as a justification for war the following pathetic confession: “Well, we tried sanctions and that didn’t work.”