OPINION: A moment of truth arrives for a nuclear weapons ban 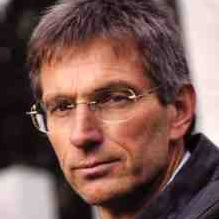 Last week in New York, the first concrete step was taken to implement December’s overwhelming vote in the U.N. General Assembly to negotiate a new treaty to ban nuclear weapons. Attended by over 100 nations, the meeting was to decide how the negotiating conference would work when it gets down to business in late March.

China and India were the only nuclear-armed states to attend. Among the nuclear-allied states, Netherlands, the only NATO state to abstain rather than vote against the U.N. resolution, was there. Australia, Japan and South Korea, claiming “protection” from U.S. nuclear weapons, shamefully opposed the ban resolution and were absent. A more flagrant way to dishonor hibakusha and Australian nuclear test survivors is hard to imagine. Despite their rhetoric of wanting disarmament, these states now stand exposed in their inconsistency, languishing on the wrong side of history, indelibly stained by their subservience, even to the dysfunctional and dangerous Trump administration.

Ambassador Elayne Whyte of Costa Rica was confirmed as the conference president. Surprisingly, much of the discussion was about the participation of non-governmental organizations (NGOs), which is clearly specified in the enabling resolution.

Iran and Syria sought to dilute “participation” to “attendance,” harden the ability of an NGO to be excluded if a single state objects to their participation, and allow states to keep their reasons for objecting confidential. Thankfully, most governments supported the Irish view that “We would not have reached this point without the support and advocacy of our civil society partners,” and welcoming “their full and active engagement with us.” NGOs will have speaking rights, albeit limited, and be able to submit papers.

It is ironic that immediately after confirming that civil society could participate, the meeting was closed to NGOs. It is likely that much of the closed discussion on rules of procedure revolved around ban treaty opponents seeking to reduce the capacity of the conference, if consensus cannot be achieved, to make decisions by majority vote, as specified in the General Assembly rules which apply. Crucial aspects of this conference are that no state has a veto (unlike in the Security Council), and that consensus while desirable is not required. The need for consensus has completely paralyzed the U.N. Conference on Disarmament, unable to agree even on an agenda for 21 years.

These negotiations are of historic importance, the most promising development in nuclear disarmament since the end of the Cold War. They are in fact the only current disarmament initiative with any foreseeable chance of success. The ban treaty is a seismic political shift, with states which do not have or rely on nuclear weapons taking the lead. A treaty banning nuclear weapons will be concluded by a large global majority, whether nuclear-armed and nuclear-reliant states like it or not. And it will change the game in disarmament.

The time of endless empty words about disarmament is over; the moment of truth has come. Governments serious about a world freed from nuclear weapons will stand up to be counted in the room for these negotiations. Nuclear-dependent countries like Japan and Australia are not there because, for now, they are a part of the existential problem of nuclear weapons, not the solution. It’s past time we changed that.

(Tilman Ruff is co-president of International Physicians for the Prevention of Nuclear War and founding chair of the International Campaign to Abolish Nuclear Weapons.)