An Olympic Glimmer on the Horizon: North Korea and South Korea Stepping Down the Escalation Ladder 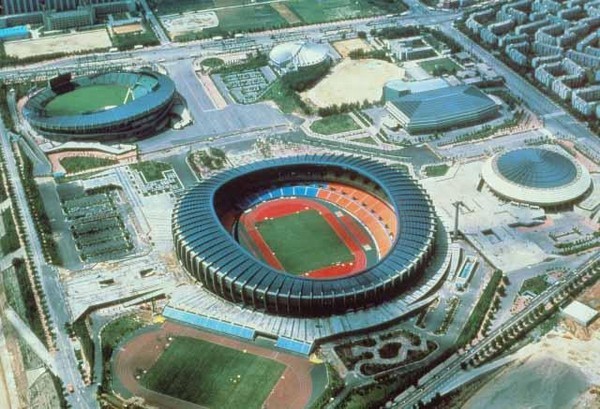 The world is a month away from the PyeonChang 2018 Winter Olympics in South Korea. My friends in South Korea have already bought tickets for multiple events. What a wonderful opportunity for the parents to expose their two boys to displays of athletic skills and friendly competition between nations in the Olympic spirit.

All is good, except for the fear of nuclear war triggered by impulsive leaders in North Korea and the United States. Recent rare talks between North and South Korea give us a glimmer of hope that the Olympic spirit transcends the games into politics. Pierre de Coubertin, the founder of the modern Olympic games is quoted saying that “the most important thing is not to win, but to take part.” This is even more important in the current conflict between North Korea and South Korea. The most important part is not to agree on everything, but to talk.

The Olympics offer a unique moment to de-escalate tensions and promote peace on the Korean Peninsula. The first talks already led to agreements on North Korea sending a delegation to the Olympics, to hold talks on lowering tension along the border, and to reopen a military hotline. Any small step away from the brink of war deserves support from all nations and civil society. Conflict resolution professionals always look for openings in intractable conflicts such as this one. The opportunities of direct dialog between Koreans need to be realistically addressed.

First, non-Koreans should let Koreans talk. The Koreans are the experts on their interests and needs. The U.S. especially should take a back seat, making support for continued Korean-led diplomacy clear. President Trump has already tweeted support, which is helpful but fragile. With a single belligerent tweet, the President could derail the entire effort. It is therefore important for peace advocacy groups, legislators, and the American public to voice their support for diplomacy over war.

Second, even the smallest successes are in fact big ones. The mere circumstance that after about two years of not meeting, high-level delegations from both sides came together is a win. However, this is not the time to expect grand concessions, like North Korea suddenly halting its nuclear weapons program.

This is the time to positively acknowledge both Koreas successfully stepping away from the brink of war, which could have gone nuclear with the involvement of the United States. These small beginnings have already reduced immediate tensions and open pathways to long-term improvements around broader issues such as a North Korean nuclear freeze, the suspension of military exercises by the U.S. and South Korea, the official end of the Korean war, the withdrawal of U.S. troops from the region, and long-term reconciliation efforts between the two nations.

Third, beware of spoilers. The Korean conflict is complex, enduring and influenced by the pressures and dynamics of geopolitics. There will always be individuals and groups trying to undermine constructive steps. As soon as the Korean-Korean talks were even mentioned, critics accused Kim Jong-Un of trying to “drive a wedge between South Korea and the U.S.” in order to weaken international pressure and sanctions on the North. Japan’s Prime Minister Shinzo Abe and former United Nations Secretary General Ban Ki-moon from South Korea draw the picture of a dangerous North Korea and demand that its denuclearization is the key talking point.

The basic principles of successful dialog historically suggest that talking without preconditions is the most likely way to gain traction among the conflicting parties. Lastly, the current support for dialog by U.S. President Trump might be undone with a tweet. We cannot dismiss the possibility that a demonized North Korea provides a needed diversion from poor performance and low approval ratings. It is therefore important to continuously point to the necessary small and positive steps.

No one knows what the outcome of the current positive small steps and will be. Destructive spoilers can accuse diplomacy advocates of giving a free pass to the North Korean nuclear weapons program and human rights abuses. Somewhat more moderate voices might refuse to acknowledge diplomacy as an effective tool to lower current tensions. Moving out of a large-scale conflict like this one takes a long time and many more small steps will be necessary before any bigger issues can be addressed. Setbacks are also to be expected. What should be obvious though, is the fact that the long duration and the uncertainties of diplomacy are always preferable to the certain horror of war.

Last year, President Trump’s threat of “fire and fury” over North Korea marked an escalation just short of war. The talks between the two Koreas in the context of the Olympics are a positive pivot away from fire and fury and toward the hopeful light of an Olympian torch. In the conflict’s trajectory, we are looking at a crucial point—are we moving toward new and even greater escalation or are we stepping onto a constructive path with realistic expectations?

Let the Koreans talk. As a nation the U.S. has done enough damage, as Americans we can make sure that our country is supportive now and beyond the Olympics. This mantra should ring in the ears of our elected officials: Americans support diplomacy over war. Then I can tell my friends in Korea that we have tried to make sure that their teenage boys can visit the Olympic Winter Games and then go back to school without worrying about nuclear war.

Patrick. T. Hiller, Ph.D., syndicated by PeaceVoice, is a Conflict Transformation scholar, professor, served on the Governing Council of the International Peace Research Association (2012-2016), member of the Peace and Security Funders Group, and Director of the War Prevention Initiative of the Jubitz Family Foundation.