Odysseus Would Have Worked for Lockheed Martin 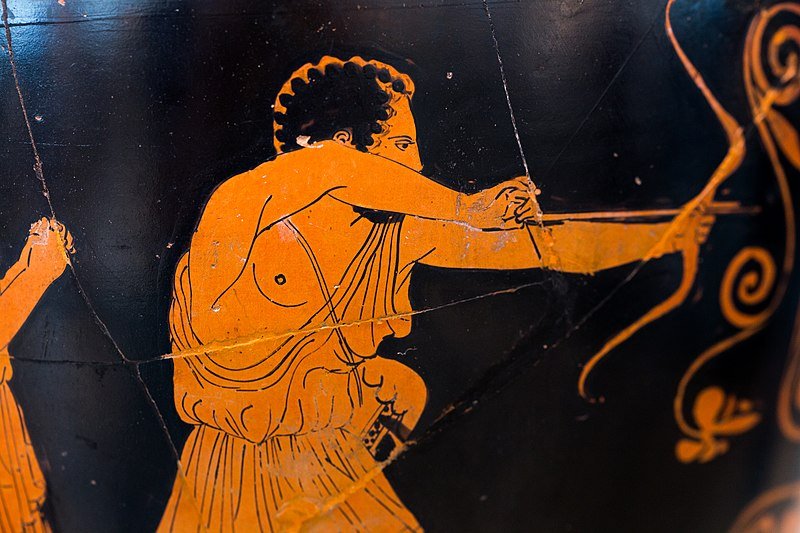 Odysseus had the noble idea of hiding a bunch of killers inside a wooden horse and calling it a gift, then jumping out of the horse at night and slaughtering sleeping families. This did wonders for the field of diplomacy for millennia. When George Washington snuck across a river on the night of Christmas Eve to murder a bunch of poor drunk schmucks in their night shirts, the only thing missing was the wooden horse, though the retelling over the centuries has smelled ever more as if a horse had passed by.

After sailing away from all the glory of Troy, Odysseus and the men he was commanding happened to land in Ismarus. Rather than saying hello, he decided the best thing to do would be to try to kill, destroy, and take the place over. Odysseus got a bunch of his men killed and sailed away as fast as he could. Ah, the glory.

Then Odysseus and his soldiers passed the land of the Cyclopes and decided not to sail on by but to try to cause some trouble. They brought sleeping potion which they used on a Cyclops and then blinded him with a spear to the eye. Odysseus got a bunch of his men eaten and also shouted about his glorious deeds so that the god of the sea and father of the injured Cyclops heard and vowed to cause hellish suffering to Odysseus or anyone who helped him.

Odysseus then had such trouble getting home that he ended up in the land of the god of the sun, where his men stole divine property, resulting in Zeus destroying their ship. Finally, Odysseus had killed off the rest of his crew and was the lone survivor.

He got a whole new crew of generous people to sail him home, but on their way back from dropping him off in Ithaca, Poseidon turned their ship to stone and sank it, killing them all for helping Odysseus, who went on blissfully unaware but plotting more violence.

Odysseus surprised a bunch of thieving scheming suitors of his wife squatting in his house during his long absence. They offered to apologize and to more than repay what they had damaged or consumed — a fact as easily forgotten as the numerous offers to settle and keep peace made prior to the Gulf War or the war on Afghanistan.

Odysseus, as the father of a long tradition that has carried us through the rejection of the Spanish offer to have the explosion of the Maine investigated to the rejection of peace offers in Vietnam, Iraq, Afghanistan, etc., dismissed the suitors’ proposal out of hand. He had already locked them in a room in which only he and his allies had weapons — including overwhelming divine assistance. He butchered the suitors. With gods on his side.

After that bloody scene, before the families of the murdered suitors could come for revenge, a goddess cast a magical spell of forgiveness and peace over Ithaca. Upon which my son immediately asked “Why didn’t she just do that in the beginning?”

Typically one must answer that sort of question today with a reference to the soaring stocks of Raytheon. If there’s ever a Minsk 3 agreement it won’t be noticably different from Minsk 2. But Odysseus was not in the pay of the Military Industrial Complex. He just knew nothing but murder. It was that or nothing. There were no other options. Millions of other options, of course, had to be carefully avoided, but one did that by pretending there were no other options, just as millions of people today who are not paid a dime for it assume on behalf of either the Russian or the Ukrainian government.

In Charlottesville, Virginia, they’ve torn down four of the most offensive monuments in town, all of them glorifying war, all of them taken down for racism. But the statue of Homer at the University of Virginia still stands, honoring art, culture, and thousands of years of normalized mass killing. Not a single monument has gone up honoring peace, justice, nonviolent action, diplomacy, education, creativity, friendship, environmental sustainability, or anything worth aspiring to.