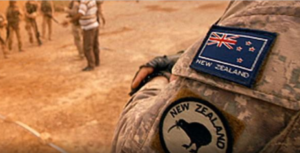 This year’s increase indicates the government remains stuck in the same old thinking about ‘security’, choosing to focus on an outdated narrow concept of military security rather than real security that gives all New Zealanders the chance to flourish

It is disturbing that funding for combat-ready armed forces continues to be a priority when there are so many major issues facing Aotearoa: whether the shocking levels of poverty and social inequality, lack of affordable housing, flawed health system, inadequate preparations for climate change, and a range of other areas requiring urgent attention. Military spending negatively impacts on all of these by diverting resources that could be put to better use.

Similarly, diplomacy and negotiation are more positive ways for New Zealand to relate to communities in other parts of the world instead of deploying combat-ready armed forces overseas, but the total amount allocated for the Ministry of Foreign Affairs (including overseas development assistance) is less than a third of the amount of military spending.

For decades successive governments have stated that there is no direct military threat to this country, and if there was the New Zealand armed forces are not of a sufficient size to deter any military aggression, yet military spending keeps increasing.

Rather than continuing to focus on outdated narrow military security concepts, we urgently need to transition from maintaining combat-ready armed forces to civilian agencies that meet the wider security needs of all New Zealanders and our Pacific neighbours. Given New Zealand’s comparatively limited resources, the desperate need for substantially increased social funding domestically, as well as the urgent need for climate justice in the Pacific and globally, it simply makes no sense to continue to spend billions on military equipment and activities.

Fisheries and resource protection, border control, and maritime search and rescue could be better done by a civilian coastguard with inshore and offshore capabilities, equipped with a range of vehicles, vessels and aircraft that are suitable for our coastline, Antarctica and the Pacific, which – along with equipping civilian agencies for land-based search and rescue, and for humanitarian assistance here and overseas – would be a much cheaper option as none of these would require expensive military hardware. [2]

In addition, that would surely be a more useful contribution than New Zealand continuing to be involved in pointless costly gunboat diplomacy such as that demonstrated by the recent decision to deploy the navy’s “newest and largest-ever ship” to be part of Britain’s naval strike force touring the Pacific this year. [3]

If there is any lesson to be learnt from the global pandemic and escalating climate emergency, it must be that new thinking about how best to meet our real security needs is essential. Instead of relying on an ideology that focuses on outdated narrow military security concepts, New Zealand could – and should – lead the way. Instead of continuing down the path of spending $20 billion plus (in addition to the annual military budget) over the next decade for increased combat capability, including new military aircraft and warships, this is an opportune time to choose a new and better way forward.

A transition from combat-ready armed forces to civilian agencies, along with increased funding for diplomacy, would ensure New Zealand could make a far more positive contribution to wellbeing and real security for all New Zealanders, and at the regional and global levels, than it can by continuing to maintain and re-arm small but costly armed forces. Only then will we finally see a genuine Wellbeing Budget that enhances human security, resilience, and prosperity.

Where you can get more information