My Odyssey in Africa In Search of Peace 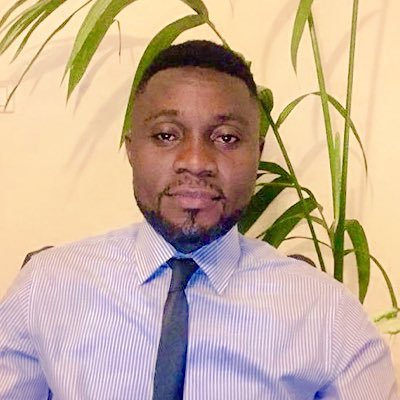 I was born and grew up in Cameroon, a haven of peace until the recent past when the country began experiencing its first terrorist attacks. We lived with a lot of refugees in our cities – men, women and children who had to flee their country because of the war. They were Rwandans, Burundians, Angolans, Chadians, Central Africans, Nigerians, Congolese and even Sudanese.

These refugees told us how the war happened in their locality and how they had to walk hundreds of kilometers to reach Cameroon. They came from different horizons, but all had suffered the same tragedies during the war. Very quickly I was sensitive to their pain, their suffering and their deportation to Cameroon where they had to start from zero. Back then, just as today, every day in the media the news was dominated by wars all over Africa and their harmful consequences. I began making a commitment to work for more peace in Africa.

After obtaining my Degree in Hispanic Letters at the University of Yaoundé, I followed a master’s studies in Peace Journalism from the Faculty of Social Sciences and International Relations of the Protestant University of Central Africa in Yaoundé. After obtaining my diploma, I began my odyssey in 2012, first in Côte d’Ivoire, which was in a phase of post-conflict reconstruction and then in several other countries of the continent, which are languishing under the endless weight, armed conflicts. Always looking for new paradigms of war and peace, I put my dynamism and my know-how at the service of organizations working in the peacebuilding and conflicts management in Africa.

Starting in Côte d’Ivoire in 2012, I set out to research the dynamics of the inter-Ivorian conflict on the one hand and, the role of the media in the conflict on the other. At this time, the country had barely emerged from ten years of armed rebellion and eight months of a post-election politico-military crisis. It was therefore a torn, unconfigured country that very expressively bore the scars of a civil war whose consequences were still fresh and visible. What could be better than the radio waves to rebuild the social fabric, the collapsed unity and restore confidence between Ivorians? In such a context, with damaging interpersonal and intergroup relations carrying prejudices that reinforced mistrust and supremacism between communities, it was necessary to immediately deconstruct this inegalitarian conception which governed inter-community relations. So I opted for the design of a radio program that focused on historicity: “Tradition and Reconciliation”, broadcast every day from Monday to Friday in the early evening and with reruns later in the night on Radio de Côte d’Ivoire, which covered the entire territory.

This radio program was about presenting the listeners, the Ivorians, the true history of the peoples of Cote d’Ivoire. We presented history, in the different national languages of the country, as the heart of reconciliation. History is a key factor in the evolution of the human species, and to fully confront the history of past wars is to learn to respect the differences of all those who struggled before. This is a key to reconciliation.

History can give meaning to life and can give us a basis to fairly judge our present situation. The Ivorian people have their history and it is through it that we started the work of reconciliation, fundamental to the reconstruction of the country. Most significantly, in the hope of reconciliation, all Ivorians had to be called for forgiveness.

This philosophy of reconciliation and forgiveness was the substance of almost all of the programs at ONUCI FM’s programs: the United Nations radio station in Côte d’Ivoire. This first step in my odyssey allowed me to write a book called “Médias et conflits. Les Radios de Paix Dans le Processus de Reconstruction Post Crise Politico-Miliatire en Côte d’Ivoire” (“Media and Conflicts: Peace Radios in the Post-Political-Military Crisis Reconstruction Process in Côte d’Ivoire”) in 2012.

A few months after my stay in Ivorian soil, I went to the Central African Republic in 2014 with the Institute for Peace and Security Studies. The objective was the same as in Côte d’Ivoire: analyze the dynamics of inter-Central African conflicts.

In this Central African Republic conflict, several armed militias clashed on the basis of religious antagonisms: the population was predominantly animistic, yet Muslims and Christians were engaged in a civil war of incredible violence. Our proposals for a lasting solution of peace were the reconstruction of the state apparatus and the strengthening of institutions through the establishment of a transitional government whose mission was to organize democratic, free and credible general elections for the emergence of credible and legitimate leadership for the benefit of the entire nation.

That same year, I went to Tanzania for further academic research on the evaluation of the implementation of UN Security Council Resolution 2098 on the creation of an intervention brigade within MONUSCO. tasked with “carrying out targeted offensive operations” against insurgent groups in eastern Democratic Republic of Congo (DRC). From the city of Arusha located at the foot of Mount Kilimanjaro in northern Tanzania I went to Kigali in Rwanda and Goma in the DRC in the African Great Lakes region where armed militias abounded.

I welcomed this Security Council resolution, which was designed to comprehensively address the root causes of instability in eastern DRC and the Great Lakes region by encouraging and normalizing the missions of blue helmets among armed groups who were refusing any attempt at dialogue.

That same year, in 2014, I set sail for the Lake Chad region. This led me to Maroua in the far north of Cameroon and Ndjamena in Chad to conduct an analysis on the evolution of Boko Haram in the Great Lake Chad region. Terrorism is in its first steps in Africa, and is therefore a new strategic conflict that can sometimes be understood as an international institution with regional subsidiaries. In this sense, Boko Haram is a regional franchise of international terrorism.

I spent several weeks between the fire of the ideological fighters of Boko Haram and the Joint Multinational Force, a coalition of the armies of the countries bordering Lake Chad. By closely studying this new strategic conflict in the Lake Chad region, I was able to understand that the objective of Boko Haram was the creation of a caliphate from the ashes of the Islamic empire of Carnem Bornou founded in the 18th century by Otman Dan Fodio. It’s a global threat that thrives on the absence of a state in these areas controlled by Boko Haram, and where abject poverty is rife.

To this threat, it is therefore a global response that must be tested. Above all, the capacities and living conditions of populations who are easily seduced and recruited by this nebula must be strengthened. From these different missions in the regions of the African Great Lakes and Lake Chad, I have produced two books: “Perspective des Conflits. La Paix Démocratique, Arme Contre Toute Éventualité de Guerre” (“Perspective on Conflicts. Democratic Peace, Weapon Against Any Possibility of War”) and “Conflits et Paix. L’impulsion des Médias Dans la Construction d’une Paix Véritable” (“Conflicts and Peace. The Media’s Drive in Building Genuine Peace”), both published in 2014.

After my “journey” in the African Great Lakes, I visited Ethiopia, first in 2014 and then in 2015 and 2016, as part of the dialogue between the different actors of the conflict in South Sudan, which became independent from Sudan on July 4, 2011. In December 2013 this young state sank into a fratricidal and violent civil war. This promising young nation with immense deposits of raw materials had an annual GDP of over US $ 11,000 per year per capita and a growth rate of 13%. It is in this context of full economic growth that the young African state experienced the worst moments of the evolution of its history.

What’s most striking from the start of this civil war is the state’s inability to provide infrastructure, to ensure education and a stable climate conducive to investors. This testifies to the young nation’s lack of maturity and perspective. President Salvar Kiir and his Vice President Rieck Machar and their associates plunged the country into civil war by perpetrating all kinds of human rights violations and abuses. Despite the various peace agreements signed by the belligerents, insecurity grew. A few peace solutions emerged from my reports of these various missions: the urgency of a ceasefire, the need to establishment a DDR program and the renewal of the ruling class, the need to end impunity by trying all war criminals, the importance of a “framework law” to ensure restorative justice and the development of a binding “distributive justice” mechanism for the reconstruction of the country.

My odyssey continued in 2017 in the great English-speaking west of Cameroon where a civil war is raging between the English-speaking minority and the Cameroonian government. It was in the city of Buea that I left my suitcases to study this conflict. The fruit of my research on this crisis has been recorded in several articles and in a book published in 2020 entitled “Crise anglophone au Cameroun. Guerre sauvage?” The solution I advocate for the resolution of this crisis is as follows: The immediate establishment of a ceasefire; the immediate release of all prisoners of the Anglophone crisis; the opening of an inclusive political dialogue involving all the actors to debate all the questions, including that of the form of the State as well as that of the consensual reform of the electoral system in order to allow the populations to equip themselves with legitimate leaders.

We must indeed dialogue with all Cameroonians without exception, including those who defend, for the moment, the thesis of secession. Institutional and political reform that would promote democratic alternation, deconcentration and the rotation of power held for nearly 40 years by a governing and static minority: the rotation of power. The status quo observed in Cameroon for more than four decades is undoubtedly leading to the degeneration of the state, and may lead to its self-destruction.

Here are the first steps of my African odyssey in search of lasting solutions for peace. Africa, my Africa is still undermined by these conflicts which are constantly germinating and now spared no nation. These new strategic conflicts whose structure and foundations vary from one conflict to another. However, the time has come to find lasting solutions for peace and, above all, to develop conflict prevention mechanisms. My desire is to conduct several research studies on the effective application of the nuclear weapons ban treaty that entered into force on January 22, 2021: peace research and arms control for lasting peace in the world.