Let’s Get Those Boots Off the Ground 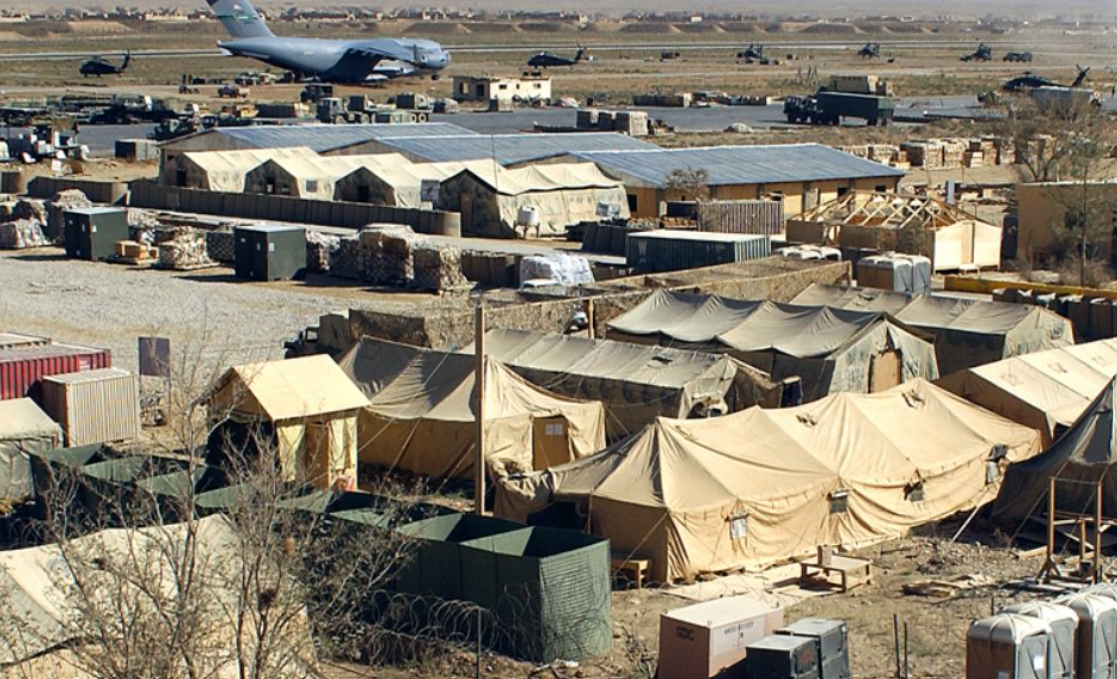 Since World War II, U.S. soldiers have been stationed on U.S. military bases around the globe. Today, there are around 750 such bases in some eighty countries and colonies.

Measured in terms of military bases, the United States has the largest empire in world history. It maintains 80 to 90 percent of all the foreign military bases on Earth.

The stated goal of this sprawling military footprint is to maintain peace, protect allies, defend trade routes, and support democratic ideals. But research shows that these bases have an opposite effect: They increase global tensions, stoke local resentment, endanger allies, pollute the planet, and increase the likelihood of war.

The Pentagon sees its worldwide network of bases as part of its “full spectrum dominance.” It could also be called imperialism, colonialism, or the last desperate acts of an overstretched empire.

Even the highest ranking member of the military, chairman of the Joint Chiefs of Staff Mark Milley, agrees that the United States, as he put last December, has “too much infrastructure overseas.” He called for “a hard, hard look,” stating that many overseas bases are “derivative of where World War II ended.”

Yet the bases remain, scattered in so many far-flung locales that not even the Pentagon can keep count. But it does appear that the number of bases has been declining in recent years, to where it is at an all-time low for the twenty-first century.

In Afghanistan, no U.S. military bases remain. A little over a month before the Taliban’s rapid rise to power in Kabul this week, the U.S. military left its last major stronghold, Bagram Airfield, late in the middle of the night. With ongoing drawdowns in Iraq, just six remain there. At the height of the “global war on terror,” there were hundreds of bases and smaller combat outposts across both countries.

Yet, as U.S. bases close, more are proposed or constructed elsewhere. And so the total number of bases remains vague and in flux, an arrangement quite conducive to the Pentagon.

In Guam, construction is now underway to build Camp Blaz, the first U.S. military base in the territory since 1952. More bases are proposed on other smaller islands in the Pacific, including Palau, Yap, and Tinian. Dozens of smaller, more secretive bases span the globe, what the military now refer to as “lily-pad bases.” These can covertly house less than a hundred troops and occupy distant places unknown even to most members of Congress.

Why does the United States need so many overseas bases? The short answer is that it doesn’t.

In response to the staggering number of U.S. military bases abroad, the Coalition Against U.S. Foreign Military Bases, a group of fourteen organizations committed to closing all foreign bases, was created in 2017. It argues that these bases are the “principal instruments of imperial global domination and environmental damage” and sees closure as a necessary step toward a “just, peaceful and sustainable world.”

The Overseas Base Realignment and Closure Coalition, launched in 2018, also seeks to make the world safer and more secure, as well as save billions of dollars, by reducing the number of bases. The group, made up of university professors, retired high-ranking military officials, and foreign policy institutes, states that maintaining so many foreign bases “undermines the safety of the country and the world.”

World BEYOND War’s “No Bases Campaign” actively seeks for the closure of all U.S. foreign military bases. The Black Alliance for Peace, with its “U.S. Out of Africa Network,” demands a complete withdrawal of U.S. military forces from Africa, the demilitarization of the African continent, and the closure of all foreign military bases around the world. The Red Nation, an Indigenous-led political organization, cites the hundreds of U.S. foreign bases as a major focal point of resistance in its most recent political program.

These groups are seizing the moment as an opportunity for consequential change. The Biden Administration has committed to a Global Posture Review to reevaluate the deployment of military forces around the world. According to Andrew Bacevich, president of the Quincy Institute for Responsible Statecraft, and David Vine, author of classic books on the topic, Base Nation and The United States of War, this Global Posture Review provides a chance to “close bases carefully and responsibly, save money, and build back U.S. alliances and diplomatic presence worldwide.”

For many in government, it’s hard to imagine any other form of foreign policy aside from garrisoning the world. But the pressure from these groups and organizations, their diverse composition, and the soundness of their arguments, makes change seem possible. In a world rife with war, that change cannot come soon enough.

Brad Wolf, a former lawyer, professor, and community college dean, is co-founder of Peace Action Network of Lancaster and writes for World BEYOND War.

Patterson Deppen serves on the editorial board at E-International Relations and is a member of the Overseas Base Realignment and Closure Coalition.