It’s Time for a Fundamental Reassessment of Canadian Foreign Policy 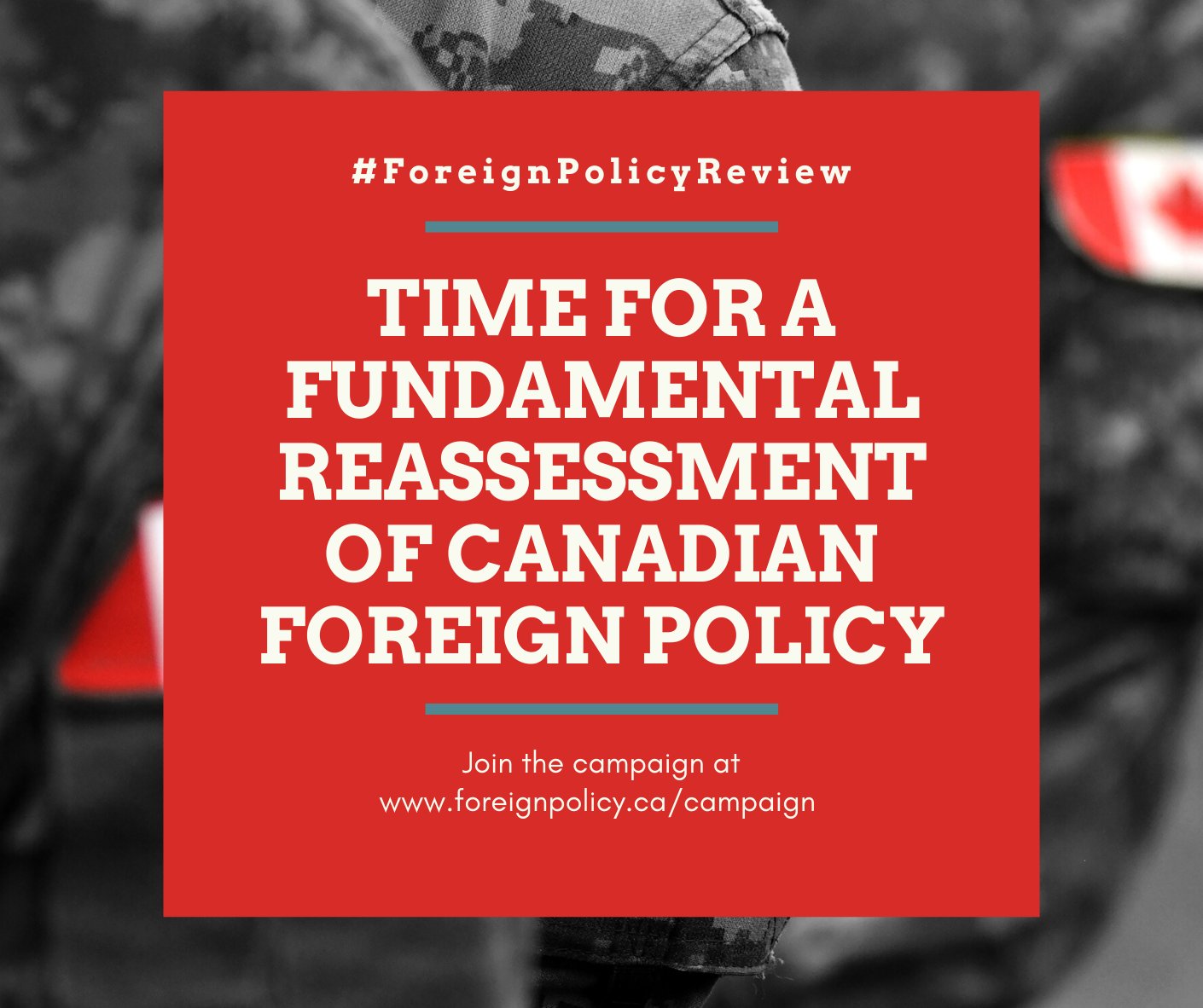 By World BEYOND War & The Canadian Foreign Policy Institute, July 29, 2020

In the Summer of 2020, many prominent Canadian politicians, artists, academics and activists launched a call for a fundamental reassessment of Canadian foreign policy following Canada’s second consecutive defeat for a United Nations Security council seat.

Please consider joining World BEYOND War, the Canadian Foreign Policy Institute, Greenpeace Canada, 350 Canada, Idle No More, Voice of Women, Climate Strike Canada, and other prominent organizations and individuals in supporting this call by signing onto the Open letter for a more just foreign policy.

Despite its peaceful reputation, Canada has failed in many ways to act as a benevolent player on the international stage. The Liberals lost the Security Council seat partly because of their support for controversial mining companies, indifference to International treaties, anti-Palestinian positions, climate policies and militarism. And in recent months, thousands of ordinary and prominent people were inspired to sign onto a grassroots effort around Canada’s Security Council bid that drew attention to the many flaws in Canada’s foreign policy record.

This open letter sets out a vision for how Canada’s policies abroad can reflect Canadians desire to be a force for peace and human rights in the world.

Find out more and join the call at foreignpolicy.ca/campaign