Italian Veterans Against the War 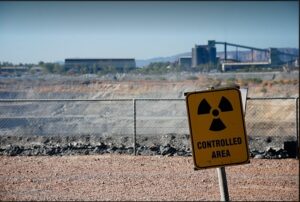 The former Italian soldiers victims of depleted uranium are against the sending of weapons and soldiers and demand truth and justice for themselves and for civilians, following the ‘uranium pandemic’ unleashed by NATO.

In our country in the grip of belligerent hysteria, a movement of veterans for peace and respect for Article 11 of the Constitution is emerging.

«For peace, for the respect of the constitutional principles, to guarantee the health of Italian military personnel and in the name of all the victims of depleted uranium. No Italian soldier must be used in this war at the risk of his life». This is the conclusion of the press release issued by the former military victims of depleted uranium in the aftermath of the invasion of Ukraine by Putin’s Russia.

In the same press release, the Italian veterans of the NATO wars and of the various “coalitions of the willing” make precise reference also to the civilian victims. Moreover, Emanuele Lepore, representing the Association of Depleted Uranium Victims (ANVUI), spoke at the “No to War” presidium in Ghedi last Sunday with unequivocal words: «Our association supports all initiatives aimed at putting pressure on the Italian government and other institutions so that Italy does not engage in another war, does not use our military, does not use weapons and money that could be allocated to other and more useful uses».

THIS IS AN IMPORTANT VOICE in this climate of “arm ourselves and you leave”, which has seen the government and parliament “firing” a decree-law on Ukraine, accompanied by a “state of emergency» throwing fuel on the fire.

This non-compliant voice has been noticed also by the Pope, who has decided to receive the former soldiers in a private hearing, as he did before with the dockers of Genoa, in the first row against our country’s belligerence.

Last 28 February, a delegation from ANVUI, on behalf of the more than 400 victims and the thousands of military and civilian patients affected by exposure to depleted uranium, represented to the Pope all the suffering and the pain for all these deaths and the dismay for the State’s attitude, that continues to deny truth and justice on this issue. The delegation was accompanied by the Association’s legal advisor, lawyer Angelo Tartaglia. He summed up to the Pope the long years of struggle for justice and the willing to pursue a judgement also for the thousands of civilian victims of the bombings with munitions containing depleted uranium during the conflicts that have bloodied the world in recent years – and probably also present in the Ukrainian war. The delegation also included Jacopo Fo, honorary member of the association, who reminded the pontiff that the Italian government was already aware of the use of such lethal armaments during the first Gulf War and that Franca Rame was highly committed to denouncing the criminal use of these weapons.

«THE POPE HAS WELL UNDERSTOOD the level of our battle,- said lawyer Tartaglia, who has won more than 270 cases against the Ministry of Defence on the issue of depleted uranium and has put this case law available for legal proceedings in Serbia as well. «When I told him that I intended to go to Kosovo to start a process of truth and justice, – continues the lawyer, – he complimented me on my courage in risking my life for the weakest. He said he would support us in this battle».

According to Vincenzo Riccio, president of the Association of Depleted Uranium Victims, «at a time like this, it was not to be taken for granted that the Pope would receive us in audience while the Italian State continues ignoring us. We are extremely grateful to the Pope for this. We were struck by his willingness to find out more about the matter and his having defined our witness as the umpteenth demonstration that the madness of war only sows evil».

THE COMMITMENT THAT Pope Francis has made to this delegation and to the direct accounts of the victims is good news at this historical juncture of belligerent hysteria. The “depleted uranium pandemic” is merging in a single battle for peace either military and civilian victims, cornering our Ministry of Defence on one of the most colossal contradictions of the official narrative: that is, claiming to defend human rights and peace with arms shipments, indiscriminate bombing and unilateral interventions.

If throughout Europe a movement of anti-war veterans emerged like the one currently taking shape in Italy, it would be a real contribution to the demands for détente and disarmament that are trying to make their way into the midst of the world war we are currently experiencing, a war that has so far been «in pieces» according to Francis’ denunciation.