I know why he did it 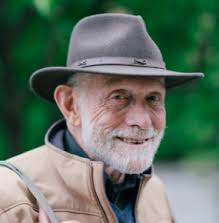 Although I have been studying nonviolence – and therefore indirectly violence – for many years, what I want to share with you about this latest gun tragedy is just plain common sense.  And not to keep you in suspense, here’s my answer: this man slaughtered his fellow human beings because he lives in a culture that extols violence.  A culture that degrades the human image – those two go together.  How do I know?  Because I live in the same culture; and so do you.  And that uncomfortable fact is actually going to put us on the road to a solution.

We are, and have been for decades, to quote a colleague of mine, “increasing violence by every means possible” – particularly, though not only, through our powerful mass media.  The science on this is overwhelming, but that precious insight sits idle in libraries and professors’ bookshelves; neither policymakers nor the general public –nor, needless to say, the programmers of the media themselves, have felt the need to pay the slightest attention.  They ignored the research so thoroughly that somewhere around the 1980s most of my colleagues working in the field simply gave up and stopped publishing.  Sound familiar?  Just as with the overwhelming evidence that human activity is causing climate change; we don’t like the overwhelming evidence that violent images (and, we might add, guns themselves) promote violent action, so we look away.

But we can’t look away any more.  As Americans, we are twenty times more likely than the citizens of other developed nations to die by gunshot.  We can no longer look away from all this and consider ourselves a civilized nation.

So I urgently recommend is when the media are throwing a barrage of details at us – how many rifles, how much ammunition, what about his girlfriend – and claim they are looking in vain for a “motive” that we back up a moment and reframe the question.  The question is, not why this particular person did this particular crime in this particular way, but what is causing the epidemic of violence?

This reframing is a huge relief, because being buried in the details has two serious disadvantages: often the question can’t be answered, as in the present case, and more to the point even if it can the information is useless.  There’s nothing we can do about his girlfriend or his gambling, or the fact that shooter X had just been fired or was in a depression.

There is everything we can do, with enough time and determination, about the underlying cause of all shootings, which is the culture of violence that has become so much the ‘woodwork’ of our ‘entertainment,’ our unconsciously preselected and slantingly presented ‘news,’ and yes, our foreign policy, our mass incarceration, our gross inequality and the disintegration of civil discourse.

One recent blog did start us off more usefully: “The one thing we know for certain, the one thing we always know about mass shooters: They use guns.”  Here, at last, we are thinking about the universals, of this type of violence at least, and not drowning in details that are irrelevant at best and harmful at worst – i.e. when they tempt us to reenact the crime vicariously, get hooked on the excitement, and desensitized to the horror.  The diagrams and photos of this shooter’s hotel room offered by one paper are definitely in this category.

So yes, we should insist, absolutely, that join the civilized world and pass real gun legislation.  As mentioned, the science is clear that guns increase aggressiveness and decrease safety.  But will that be enough to stop the massacres?  No, I’m afraid it’s too late for that.  We also have to stop the violence in our own mind.  That will not only give us personally a healthier mind but put us in a good position to help others similarly.  My rule of thumb: exercise extreme discrimination in the media going into our minds, write to the networks explaining why we’re not watching their programs or buying their advertisers’ products, and explain the same to all who care to listen.  If it helps, take a pledge; you can find a sample on our website.

Shortly before the Las Vegas massacre I was on a train coming back from a writing session when I overheard a snatch of conversation between two Danish tourists, young men in carefully torn jeans who looked like some of the hip millennials in my favorite coffee shop, and a conductor.  One of the guys said, with some pride, “We don’t need guns in Denmark.”  “Oh, I don’t believe that,” the conductor answered.

Can there be anything more tragic?  To have created a culture where we no longer believe in a world where life is valued and violence shunned, where we can go to a concert – or attend school – and come home.  It’s time to rebuild that culture, and that world.

Professor Michael N. Nagler, syndicated by PeaceVoice, is the President of the Metta Center for Nonviolence and the author of The Search for a Nonviolent Future.