What if they gave a war and nobody paid? 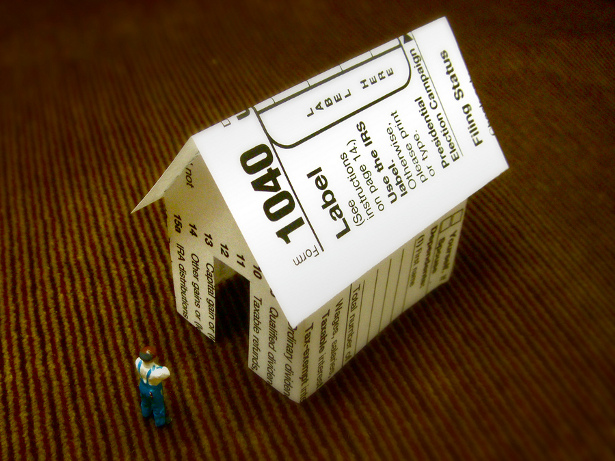 As April 15 approaches, make no mistake: The tax money that many of us will be sending to the U.S. government pays for drones that are killing innocent civilians, for “better” nuclear weapons that could put an end of human life on our planet, for building and operating more than 760 military bases in over 130 countries all over the world. We are asked by our government to give moral and financial support to cutting federal spending for our children’s schools, Head Start programs, job training, environmental protection and cleanup, programs for the elderly, and medical care for all so that this same government can spend 50 percent of all our tax dollars on wars and other military expenditures.

My wife Jan and I have been war tax resisters since the war in Vietnam. We cannot in good conscience pay for killing people in other parts of the world.

Does it make sense to work every day for peace and justice and then contribute one day’s pay each week for war and war-making? In order to wage wars, governments need young men and women willing to fight and kill, and they need the rest of us to pay our taxes to cover the cost of soldiers, bombs, guns, ammunition, planes and aircraft carriers. The cost of just the wars being fought now is in the trillions of dollars.

Increasingly, we are able to recognize that most wars are based on lies — weapons of mass destruction in Iraq, the Gulf of Tonkin in Vietnam, and now al-Qaeda behind every bush and in every country our government wants to attack.

As our government uses drones that kill thousands of innocent people, we create ever more enemies, thus assuring that we will have wars to fight in perpetuity. The war against communism used to be the rationale for all our military expenditures. Now it is the war on terror. But the problem is that all war is terrorism. It just depends which end of the gun or bomb you are on. One person’s freedom fighter is another person’s terrorist.

At what point do we the people refuse to cooperate with these immoral, illegal and senseless wars? The government cannot fight these wars without our tax dollars and our moral support. And I bet that if the Pentagon sent people out door to door to ask us to contribute to its wars, aircraft carriers, drones and new fighter jets, most of us would not contribute.

Some people argue that the Internal Revenue Service is so powerful that it will get the money anyway from our paychecks or bank accounts, so what good does it do to refuse to pay the 50 percent of our taxes that go for war? My response is that if the Pentagon has to take the money we were planning to contribute to schools and organizations working for peace and justice, at least we aren’t paying for the wars voluntarily. And if millions of us refused to pay our war taxes, the government would have a real crisis on its hands. It would be forced to listen.

As President Nixon’s chief of staff Alexander Haig looked out the White House window and saw more than 200,000 anti-war demonstrators marching by, he said, “Let them march all they want to as long as they pay their taxes.”

If our country put even 10 percent of the money we presently spend on wars and military expenditures into building a world where every person has shelter, enough to eat, an opportunity for education and access to medical care, we could be the most loved country in the world — and the most secure. But perhaps even more pressing is the question of whether we can in conscience continue to pay for the killing of other human beings and perpetuate the war system for all the world’s children.

The choice is ours. Hopefully many of us will join the increasing number of people who are refusing to pay the portion of taxes that pay for war and are redirecting their refused taxes to funding human and environmental needs.

My wife and I engage in war tax resistance by simply deducting 50 percent of the taxes we owe and depositing it in the People’s Life Fund. The fund keeps the money in case the IRS seizes our bank account or paycheck and will return it to us so we have the funds to replenish what the IRS has taken. Interest on the money in the People’s Life Fund is contributed to peace and justice organizations and programs addressing the needs of people in our communities. That way, as long as the IRS leaves us alone, the funds we refuse to pay go to the places we would like to see it go. The IRS may add penalties and interest on what we owe, but for me that is a small price to pay for refusing to voluntarily pay for wars and the American empire.

Someday, we hope to see a special fund set up by the government itself for those who cannot in good conscience allow their money to be used for war, such as the one that the National Campaign for a Peace Tax Fund has outlined. In the meantime, there are more resources about tax resistance available through the National War Tax Resistance Coordinating Committee.

If your conscience so directs you, refuse to pay $1, $10, $100 or 50 percent of the taxes you owe, and send letters to your elected representatives and your local newspaper explaining why you are doing so. For the 50 percent of our taxes that my wife and I do pay, we make out a check to the Department of Health and Human Services instead of to the IRS and send it along with our 1040 form. We ask the IRS to allocate all the funds we pay to programs for health, education and human services.

For acts like this to become truly powerful, however, we need to make war tax resistance a mass movement. We need to reach out to all people who want to help build a more peaceful and just world, people who don’t believe in killing other people, people who are hurting because of the massive cuts in programs aimed at meeting human needs while the military gets the lion’s share, and people who are tired of living in the center of an empire that inflicts death and destruction on those who stand in the way. If all or even many of the people who feel this way were to refuse to pay the war and military portion of their taxes, we would have a mass movement that couldn’t be stopped.