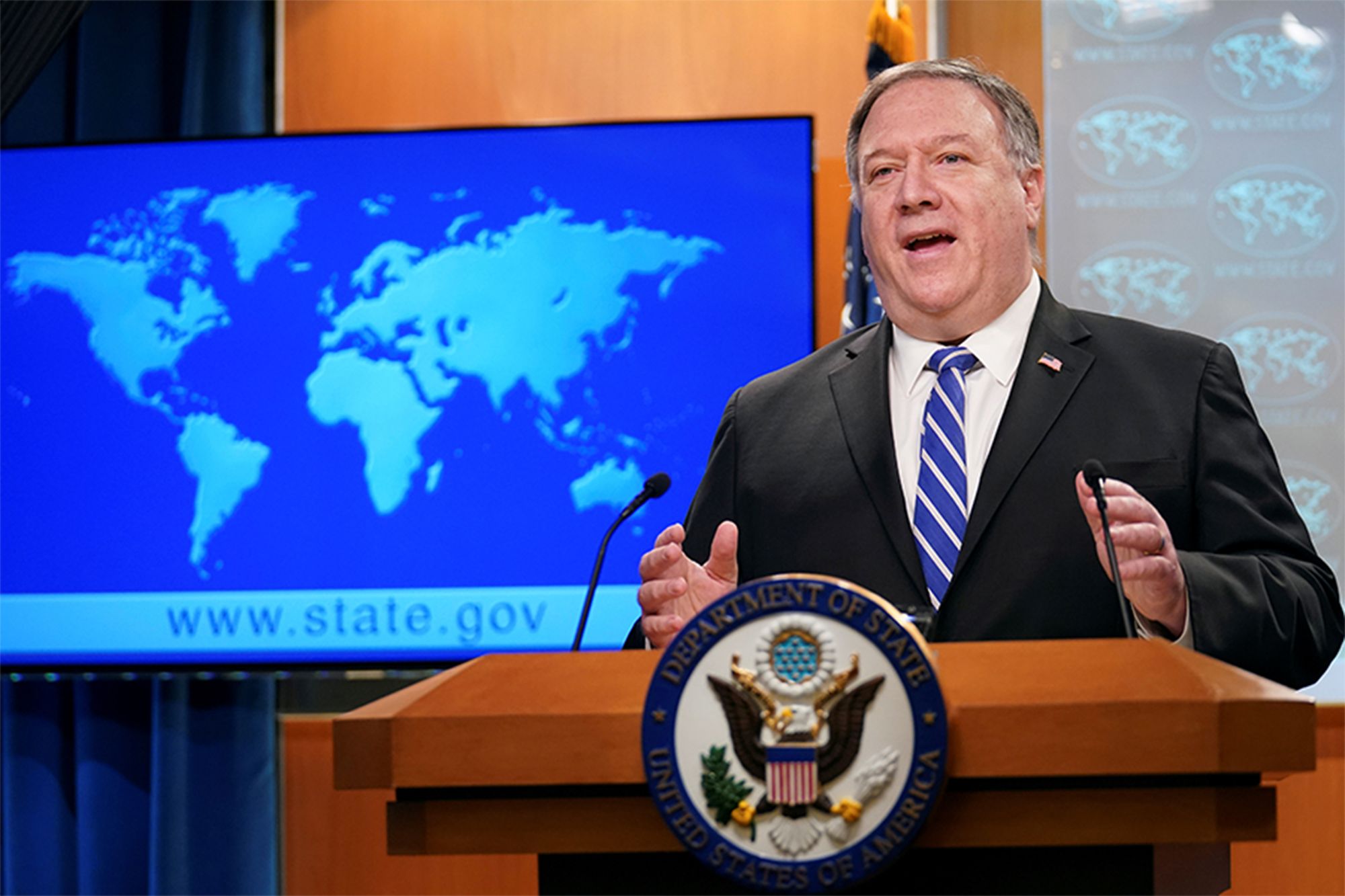 Democrats said Monday that ousted Inspector General Steve Linick was probing how the State Department pushed through a $7 billion Saudi arms sale over congressional objections. Democrats previously suggested the dismissal might have been tied to Linick’s investigation of allegations that Secretary of State Mike Pompeo may have improperly ordered staff to run personal errands for him.

Linick’s dismissal late Friday comes amid broader concerns over Trump’s removal of inspectors general at various departments. Trump has said he had lost confidence in those fired but has not given specific reasons, which lawmakers from both parties have criticized.

Pompeo told The Washington Post on Monday that he had recommended to Trump that Linick be removed because he was “undermining” the State Department’s mission. He would not address specifics except to say it was not in retaliation for any investigation.

“It is not possible that this decision, or my recommendation rather, to the president rather, was based on any effort to retaliate for any investigation that was going on, or is currently going on,” Pompeo told the Post, adding that he did not know if Linick’s office had been looking into possible impropriety on his part.

Trump confirmed Monday that he fired Linick at Pompeo’s request.

“I have the absolute right as president to terminate. I said, ‘Who appointed him?’ And they say, ‘President Obama.’ I said, look, I’ll terminate him,” Trump said at the White House.

Rep. Eliot Engel, the chairman of the House Foreign Affairs Committee, said he was troubled that Linick was fired before the completion of the Saudi investigation. Engel had called for that probe after Pompeo in May 2019 invoked a rarely used provision in federal law to bypass a congressional review of arms sales to Saudi Arabia and the United Arab Emirates.

“His office was investigating — at my request — Trump’s phony declaration of an emergency so he could send weapons to Saudi Arabia,” said Engel, D-N.Y. “We don’t have the full picture yet, but it’s troubling that Secretary Pompeo wanted Mr. Linick pushed out before this work could be completed.”

He called for the State Department to turn over records related to Linick’s firing that he and the top Democrat on the Senate Foreign Relations Committee, Sen. Bob Menendez of New Jersey, had demanded on Saturday.

House Speaker Nancy Pelosi said it was “alarming” to see reports that the firing may have been in response to Linick’s investigation into the Saudi arms deal. In a letter to Trump, she demanded an explanation.

Trump notified Congress of the dismissal, as required. But Pelosi said it was essential that he provide “detailed and substantial justification for the removal” before the end of a 30-day review period.

Meanwhile, Trump ally Sen. Chuck Grassley, R-Iowa, who has pushed for the protection of inspectors general, renewed a call for the White House to explain the dismissals of Linick and the earlier ouster of intelligence community watchdog Michael Atkinson.

Grassley said Congress intended that inspectors general only be removed when there is clear evidence of unfitness, wrongdoing or failure to perform the duties of the office.

“An expression of lost confidence, without further explanation, is not sufficient,” Grassley said.

Over the weekend, congressional aides had suggested that the dismissal may have been prompted by a probe into allegations that Pompeo had ordered a staffer to pick up take-out food, collect dry cleaning for him and his wife, and care for their dog.

Trump said he was unconcerned by the allegations and unfamiliar with any investigations by Linick into Pompeo.

“They’re bothered because he’s having somebody walk his dog?” Trump said. “I’d rather have him on the phone with some world leader than have him wash dishes.”

The president defended the Saudi weapons sales, saying it should be as “easy as possible” for other countries to buy U.S. weaponry so they don’t get them from China, Russia and other nations.

“We should take the jobs and take the money, because it’s billions of dollars,” Trump said.

While problematic, such allegations are unlikely to result in any kind of severe consequence against Pompeo if proved correct. A finding of impropriety in the Saudi arms sales could be more serious.

Engel and other congressional Democrats were appalled when Pompeo notified Congress of the decision to use an emergency loophole in the Arms Export Control Act to move ahead with sales of $7 billion in precision guided munitions, other bombs and ammunition and aircraft maintenance support to Saudi Arabia, along with the United Arab Emirates and Jordan, without lawmakers’ approval.

The law requires Congress to be notified of potential arms sales, giving the body the opportunity to block the sale. But the law also allows the president to waive that review process by declaring an emergency that requires the sale be made “in the national security interests of the United States.”

In his notification, Pompeo said he had made the determination “that an emergency exists which requires the immediate sale” of the weapons “in order to deter further the malign influence of the government of Iran throughout the Middle East region.”

It came as the administration courted close ties with Saudi Arabia over congressional objections, notably following the killing of Jamal Khashoggi, a U.S.-based columnist for The Washington Post, by Saudi agents in October 2018.