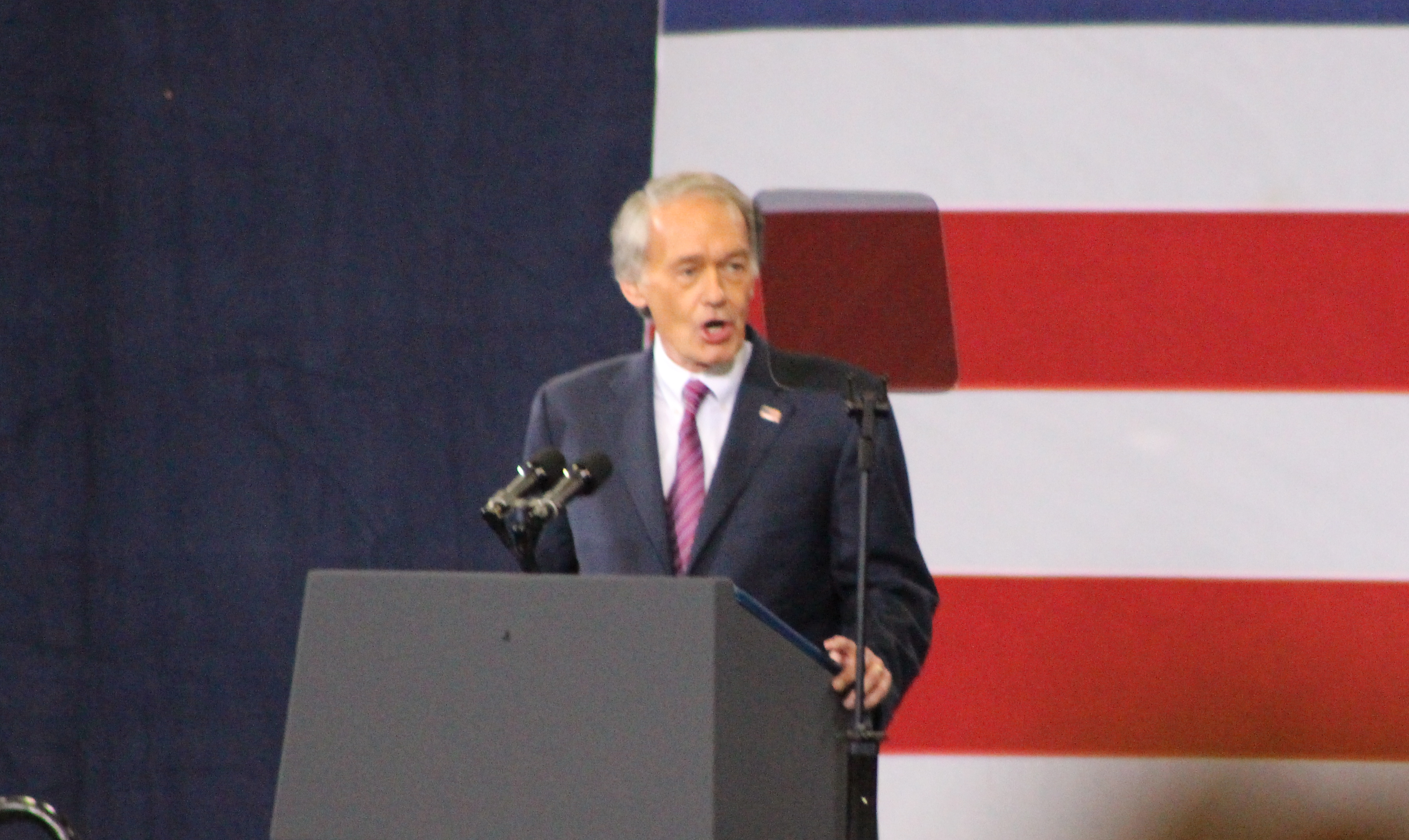 I have written to you on this subject a number of times, but I have so far only received stock responses, crafted no doubt by your staff or interns, which do not address the specific questions I have raised. I am hoping for a more considered response from you, now that your seat is all but secured for another 6 years.

I am a member of Massachusetts Peace Action and I campaigned for your re-election, along with many others in peace and climate organizations across the state. I applaud your efforts over many years and decades to reduce and “freeze” the nuclear arms race.

But at this point in history, you must explicitly support the TOTAL ELIMINATION of nuclear weapons. So far you refuse to do so, and you merely continue to support more stockpile and budget reductions. That will be nowhere near sufficient to continue winning my support.

As you may recall from earlier correspondence, I was privileged to be part of the negotiations at the United Nations which led to the 2017 Treaty on the Prohibition of Nuclear Weapons. (And to the 2017 Nobel Peace Prize!) I have seen first-hand the incredible commitment of governments and civil society from all around the world to finally be rid of these dreadful weapons before they are ever used again.

I have worked alongside survivors of Hiroshima and Nagasaki, who have spent more than 70 years fighting to make sure no city and no country ever goes through what they went through in August 1945. I have also worked alongside downwinders and other victims of nuclear testing, uranium mining and other environmental consequences of the nuclear weapons business that have caused untold suffering and hardship over the many decades since then.

I just listened to your recorded remarks to the UN High Level Meeting on October 2nd to commemorate the UN International Day for the Total Elimination of Nuclear Weapons. I can tell you, Senator Markey, with absolute certainty, that your words will ring hollow to all those people who have been working so hard for the total elimination of these weapons.

How can you possibly say that what we need now is another “freeze” in the nuclear arms race? The rest of the world has already said enough is enough, and we now need a complete END to this nuclear madness, once and for all. These weapons, as you have said many times yourself, are an existential threat to the whole human race. Why would the world accept “freezing” the number at 14,000 warheads when that is already 14,000 warheads too many?

As I’m sure you are well aware, the “grand bargain” of the Non Proliferation Treaty involved the rest of the world foregoing their own development of nuclear weapons in exchange for a commitment by the existing nuclear powers to get rid of the ones they already had. That was a promise made 50 years ago to negotiate “in good faith” and at “an early date” the elimination of their arsenals. And as you know, it was reiterated in 1995 and again in 2000 as an “unequivocal undertaking” to negotiate the elimination of all nuclear weapons.

And yet, the nuclear weapons industry is an extremely powerful lobby, just as is the fossil fuel industry. I understand that. Even in Massachusetts we have extremely powerful corporations that are dependent on a never-ending supply of nuclear weapons contracts. But we need those corporations to be researching new green technologies and developing cutting edge solutions to the climate crisis.

You have built your reputation in the peace movement on important work that you did in the 1980s to help “freeze” the nuclear arms race. But that is not enough anymore.

PLEASE don’t talk about a “new” global nuclear freeze movement. The new global movement already exists, and it is calling for the ELIMINATION of all nuclear weapons, in line with the Treaty on the Prohibition of Nuclear Weapons.

PLEASE no more talk about a Fissile Material Cut-Off Treaty. That is nothing but a scam that is designed to allow the US and the other major players to continue their nuclear developments unchecked, while supposedly stopping newer countries from developing theirs.

PLEASE stop the double-standards, rationalizing that it’s okay for the US to have nuclear weapons but not India or North Korea or Iran. Admit that as long as the US insists on maintaining nuclear weapons, we have no moral authority whatsoever to tell other countries they can’t have them.

PLEASE stop talking about “no first use” as if using nuclear weapons SECOND is somehow okay! Nuclear weapons must never be used, ever, under any circumstances, first, second, third or ever. Please re-think what the message is that you are conveying to people when you talk only about no first use and not about abolishing these weapons altogether.

For whatever reasons, you still seem unwilling to join with the rest of the world in condemning the continued existence of these weapons and calling for their total elimination. Why do you still refuse to support, or even to mention, the UN Treaty on the Prohibition of Nuclear Weapons? Especially now, when it is about to enter into force, outlawing under international law everything to do with these weapons and putting them very firmly into the same category of banned weapons as chemical and biological weapons.

PLEASE, I beg you to re-think your approach to this issue and to decide which side of the fence you really want to be on. When you refuse to mention or to show your support for the TPNW or for the total elimination of nuclear weapons, and then you point a finger at the rest of the world, meeting next week at the UN, and say “what will YOU do to reduce a threat to the planet which is existential?” how do you think that comes across to the people demanding the elimination of these weapons and working hard for that reality?