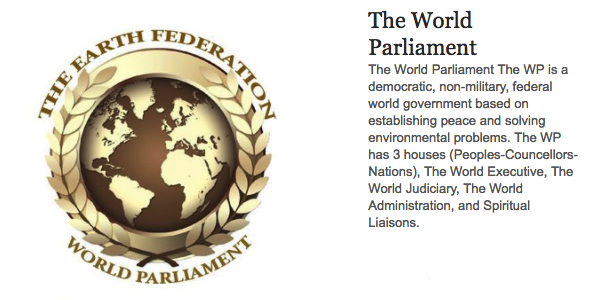 Thinkers and activists from India and a number of other counties assembled at O.P. Jindal Global University for the “Building the World Parliament 2017” international conference, November 8 and 9th, 2017. Our special thanks go to Professor C. Raj Kuman, Vice-Chancellor of the University, and to Registrar and Prof. (Dr.) Y.S.R. Murthy for their wonderful hospitality as well as profound and insightful participation in their presentations to the conference. Jindal Professor R. Sundarshan, Dean of the School of Government and Public Policy, also gave an inspiring talk. WCPA Distinguished Spiritual Advisor, Guruji Yak Arun Kumar served as Master of Ceremonies for the Conference.

In the presentations and papers conference participants, as well as discussions, many themes were integrated with the need for a global democratic authority within a legal framework that creates enforceable law for the Earth.  Presenters addressed the issues of global education, global peace, military disarmament, electoral empowerment of the people of Earth, environmental sustainability, structural transformation, women’s empowerment, local cooperative efforts for sustainability, health and well-being, and organized struggles for social change. The names and email information of participants can be found on the Conference web page: https://worldparliamentgov.wordpress.com/building-the-world-parliament-2017/

The keynote address by WCPA Distinguished Advisor, Swami Agnivesh, set the tone and the visionary challenge, for not only this conference, but our worldwide movement to ratify the Earth Constitution. He affirmed that the fundamental principle of our thought and action must be the dignity and equality of each and every human being. The Vedic tradition affirms Vasudhaiva Kutumbakam: “the world is one family.” Agnivesh pointed out fundamental aspects of our current world order that systematically violate and interfere with human progress toward a decent world system that protects and empowers the entire human family.

He pointed out that a “family” does not act from a power base, or an exploitation base, in which the stronger dominate and exploit the weaker for private gain. In a normal family situation, the youngest and weakest receive the most attention and resources, while the parents may even deny themselves resources in order for the children to survive and flourish. In the dominant world order as we know it today, it is the exact opposite. The strong rule over and exploit the weak.  Power, domination, and exploitation have been institutionalized within the current world economic and political structures. War, poverty, misery, and environmental destruction are the order of the day, and corruption is the currency of politicians who protect and benefit from this world disorder.

In harmony with this fundamental theme of our work, Swami S.A.R.P.V Chaturvedi, founder/director of Sri Ramanuja Mission Trust (SRMT), spoke to us through a video presentation that eloquently affirmed the need for a democratic world system under the Constitution for the Federation of Earth.  Sri Varadan Chandar, who was with us as a Trustee and representative of Sri Ramanuja Mission Trust, also spoke affirmatively about the work of WCPA.  SRMT has printed 100 copies of the book Our Common Human Futurethat brings together in one volume both the Earth Constitution and the two World Legislative Acts passed by the Provisional World Parliament. These acts set up procedures by which the UN can be integrated into the emerging Earth Federation under the Earth Constitution. Copies of this book were distributed to all conference participants. The book has also been sent to the heads of all UN agencies in Vienna, Geneva, and New York City.

What emerged from this conference was not a mere item to add to people’s resumes, nor merely intellectual stimulation on an important topic. What emerged by the end of the conference was a commitment and vision of the participants to facilitate, in every way possible, a transformed future for humanity through the ratification of the Earth Constitution. We are opening a WCPA Global Communication Center at 7, Jantar Mantar Road, New Delhi, to communicate the transforming message about the Constitution for the Federation of Earth worldwide. Our hosts at O.P. Jindal Global University generously offered to host our conference annually every December 10, Human Rights Day, and Professor Santi Nath Chattopadhyay, WCPA Vice-President and Director of ISISAR in Kolkata, released an issue of the journal Culture and Quest, containing the papers from last year’s “Building the World Parliament 2016” Conference at MIT in Pune. Professor Chattopadhyay also invited the World Constitution and Parliament Association (WCPA) to organize the next session of the Provisional World Parliament in Kolkata in December 2019.

The many eminent participants of our Conference united in a commitment to promote participation in this upcoming 15th session of the Provisional World Parliament, making it an historic and global newsworthy event. This was the culminating movement of the Conference. What emerged from this conference was nothing less that fundamental, concrete action to build the World Parliament under the authority of the Constitution for the Federation of Earth.