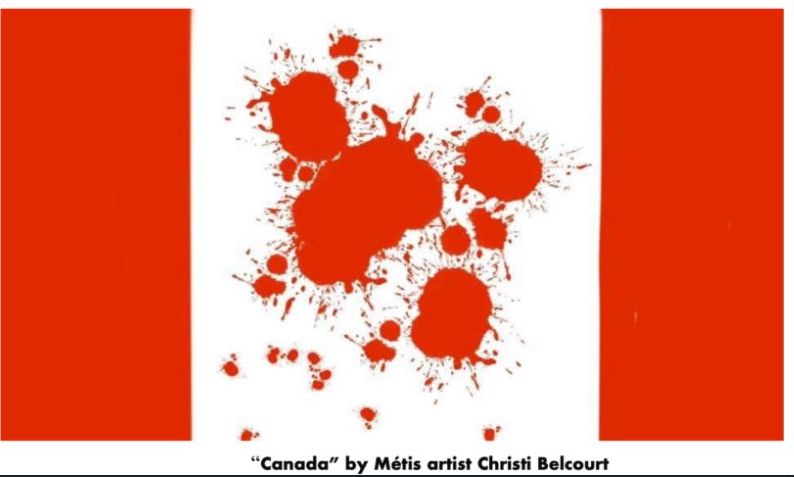 These days, Western nations’ thoughts and conversations are dominated by the war between Russia and Ukraine, which is generally acknowledged to be a U.S. proxy war in which the US is seeking to destabilize Russia. Once that is accomplished, the US can take over European markets for methane gas, lithium and other resources. Canada’s neoliberal government also has a keen interest in perpetuating the conflict.

But for Canadians, there is another proxy war happening, much closer to home.

Back in 2019, the Liberal party of Canada (LPC) minority government decided to install a 670 km, $6.6 billion fracked gas pipeline that will run from Dawson Creek to Kitimat B.C.–and thence to global markets. This Coastal Gaslink pipeline route traverses 22,000 square km of unceded indigenous land—the Wet’suwet’en nation of North Central BC.

Our LPC government wants that pipeline to go through, in order to prolong the fossil fool era and the profits it entails, and to please the fossil fool business interests that ensure the Liberals get re-elected.

Inconveniently for the LPC, there is opposition to this plan. The Wet’suwet’en people wish to have their treaty rights respected, to protect the 206 ecologically sensitive waterways that the pipeline threatens. So we have a proxy war, in which the LPC and the BC government are using the RCMP (and to a lesser extent TC Energy’s hapless workers) as their standing, to wage war on nature and on the Wet’suwet’en who would protect it.

As I write this, the RCMP are continuing a longstanding harassment campaign against the Wet’suwet’en people, and TC Energy company is drilling under the Wedzin Kwa (Morice River) just as spawning salmon lay their eggs throughout the river system. The vibrations from the drilling can be felt for kilometers away and will surely disturb the eggs and the small fry if/when they hatch. The drilling could also affect myriad other species, including blue-listed lamprey eels. The Canadian government is actively working to desecrate the land that the Wet’suwet’en hold sacred. In the words of Sleydo, spokeperson for the Gidimt’en checkpoint:

“Our way of life is at risk. Wedzin Kwa [is the] river that feeds all of Wet’suwet’en territory and gives life to our nation.”

Inconveniently for its supporters, however, the Coastal Gaslink pipeline is illegal under international law. In a scathing report, Stand.Earth states,

“Coastal GasLink also violates free, prior, and informed consent (FPIC), as protected in the United Nations Declaration on the Rights of Indigenous People (UNDRIP), and which Canada adopted at both federal and provincial levels. Even the UN Committee on the Elimination of Racial Discrimination has called on the Canadian government to “immediately halt the construction and suspend all permits and approvals for the construction of the Coastal GasLink pipeline in the traditional and unceded lands and territories of the Wet’suwet’en people, until they grant their free, prior and informed consent, following the full and adequate discharge of the duty to consult.”

Canada’s proxy war against Indigenous people is something that should be inspiring international outrage, and sanctions against Canada, and riots in the street. Instead, our government and compliant media are busy hyping the war in Ukraine. Canadian MPs loudly declaim their “righteous” indignation at the explosions and the “insanity” of Russian prime minister Putin, wring their hands and gnash their teeth at China’s mistreatment of Uighurs, at Iran’s mistreatment of women, and the list goes on. We are obsessed with the speck in our neighbors’ eyes, not seeing the log in our own.

The proxy war on the Wet’suwet’en is relegated to the environmental section of the newspapers, and tellingly, it is not recognized as a war.

In order to stop a war, we have to acknowledge that it is happening. Once that is achieved, Canadians who care about peace, the environment, anti-racism, human rights and the rights of nature can take action to stop this war in a number of ways.

The Royal Bank of Canada is the top financier of the CGL pipeline, along with BMO, Scotiabank, CIBC and TD Bank. RBC provided $275 million in the financing, including a co-financed $6.5 billion loan and a $40 million corporate loan, and $200 million in co-financed working capital.

RBC also holds over 85 million shares in TC Energy, which represents about 8.6% of the company. This is a $1.03 billion dollar stake, but for a company like RBC, this is a small change, and if RBC chose to, it could easily pull this financing and invest it elsewhere. Citizen-led groups like Decolonial Solidarity are working to convince RBC, as the top financier of the CGL project, to do just that. 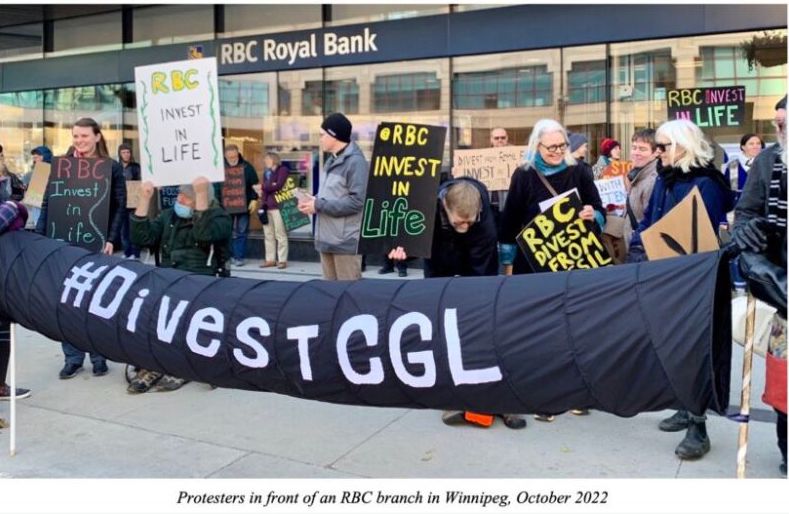 Our pensions are invested in this project

I suspect that most Canadians don’t know that their retirement savings have been invested in an illegal pipeline project that is prolonging our dependence on fossil fuels. If they did, they might request that their money be invested in another project, one that would at least not compromise their children’s and grandchildren’s future. In fact, that could be a good criteria for all pension plan investments. Instead, our pensions are invested with no moral compass, purely on the basis of profit. 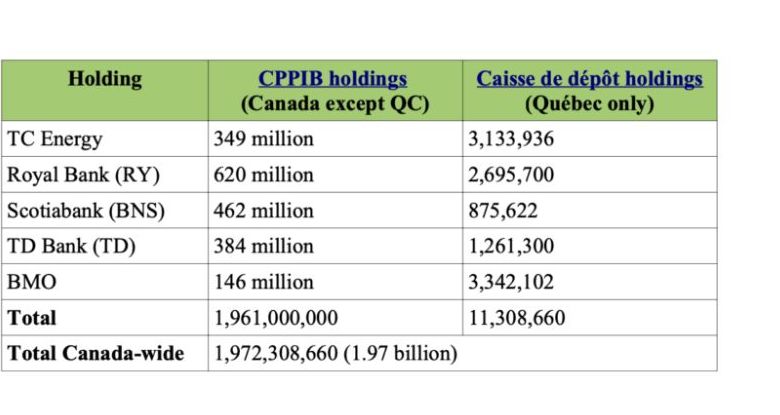 So, Canadians are being forced to participate in this particular instance of war profiteering. We think that we are in a democracy, but is that really the case, when taxpayers have no say in how their life savings are invested?

What you can do

If you feel outraged about Canada’s proxy war, take heart—there are a number of actions that you can take to stop this pipeline project and end the conflict.

This is a war we can win, and we fight it to save the natural world, to show solidarity with our Indigenous brothers and sisters, and so that our descendants will inherit a viable planet. So that they can live.