BURLINGTON, Vt. – On Friday, President Joe Biden said he is “convinced” that Russian President Vladimir Putin has made the decision to invade Ukraine.

As President Biden spoke, some Vermonters took to the streets to protest for peace.

A coalition of local organizations including the Peace and Justice Center and the Internationalist Antiwar Committee of Vermont gathered in Downtown Burlington to call for a peaceful resolution to the ongoing conflict.

“What we’re about is trying to begin the rebuilding of a mass anti-war movement, a movement that will be principled and have a strong base in the working class,” said Traven Leyshon, President of the Green Mountain Labor Council.

In President Biden’s address to the nation, he expressed beliefs that the invasion could happen in a matter of days.

“Make no mistake, if Russia pursues his [President Putin’s] plans, it will be responsible for a catastrophic and needless war of choice,” President Biden said.

But, as millions wait in fear, President Biden is holding out hope that diplomacy is still possible..

“It is not too late to deescalate and return to the negotiating table,” President Biden said.

Some speakers at Friday’s protest believed the United States could be doing more to squash the conflict, and that Democracy and and human rights need to be at the center of the conversation.

“Modern wars cannot be won, 90 percent of their casualties are civilians,” said Dr. John Reuwer of the Vermont Anti-War Coalition. “It’s just time to put war off the agenda entirely, make peace in other ways. We have every means of maintaining peace in the world now. Anything you can do with war except make profits for warmakers, we can do better by other means.”

U.S. officials estimate as many as 190 thousand Russian troops are gathered by the Ukrainian Border, and President Biden said disinformation is also playing a role, citing false reports that Ukraine is planning an attack of its own.

“There’s simply no evidence of these assertions, and it defies basic logic to believe the Ukrainians would choose this moment, with well over 150 thousand troops waiting on its borders, to escalate a yearlong conflict.” 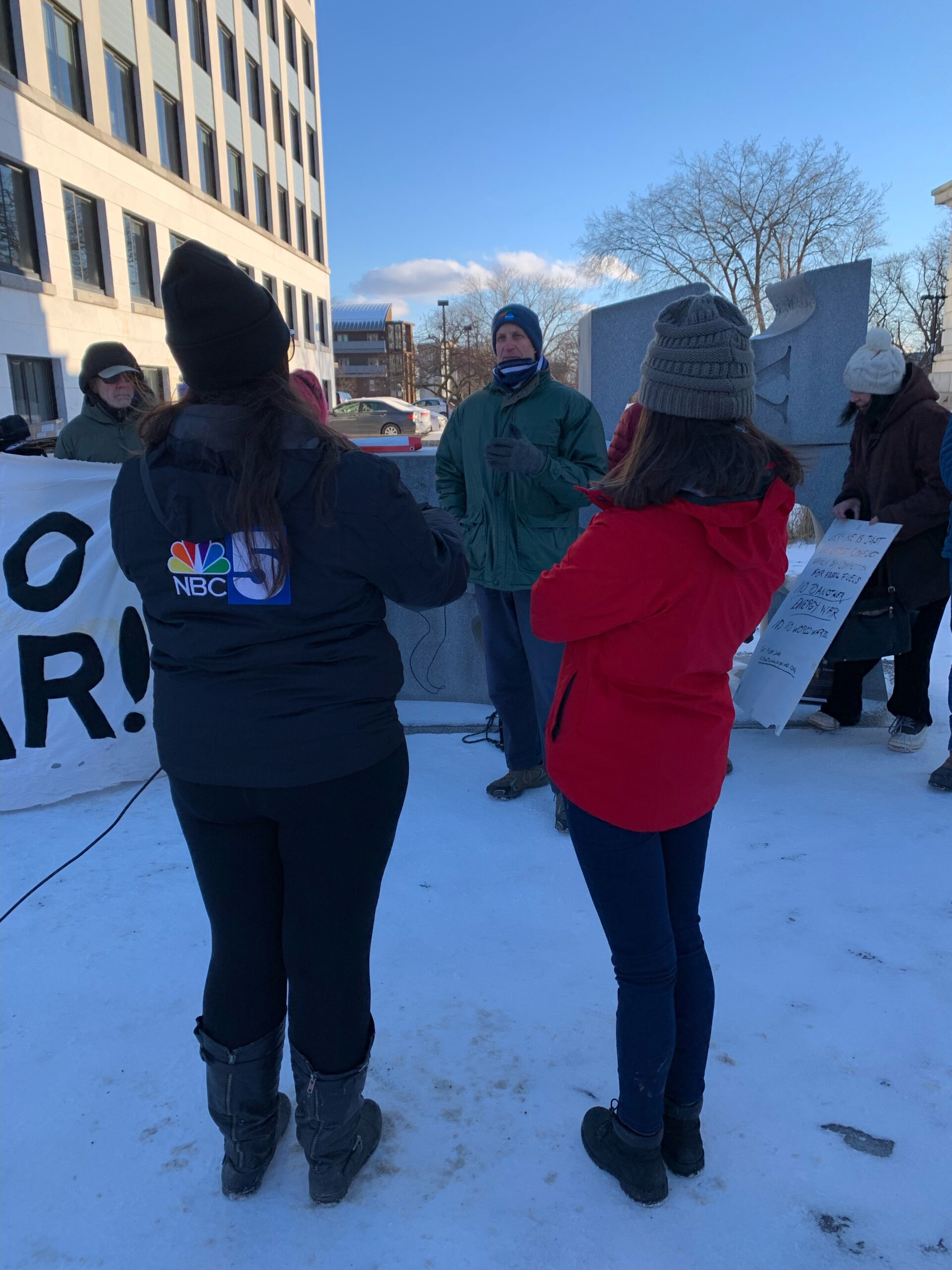