A Response to: “A Global US Can’t Avoid Confronting China and Russia” 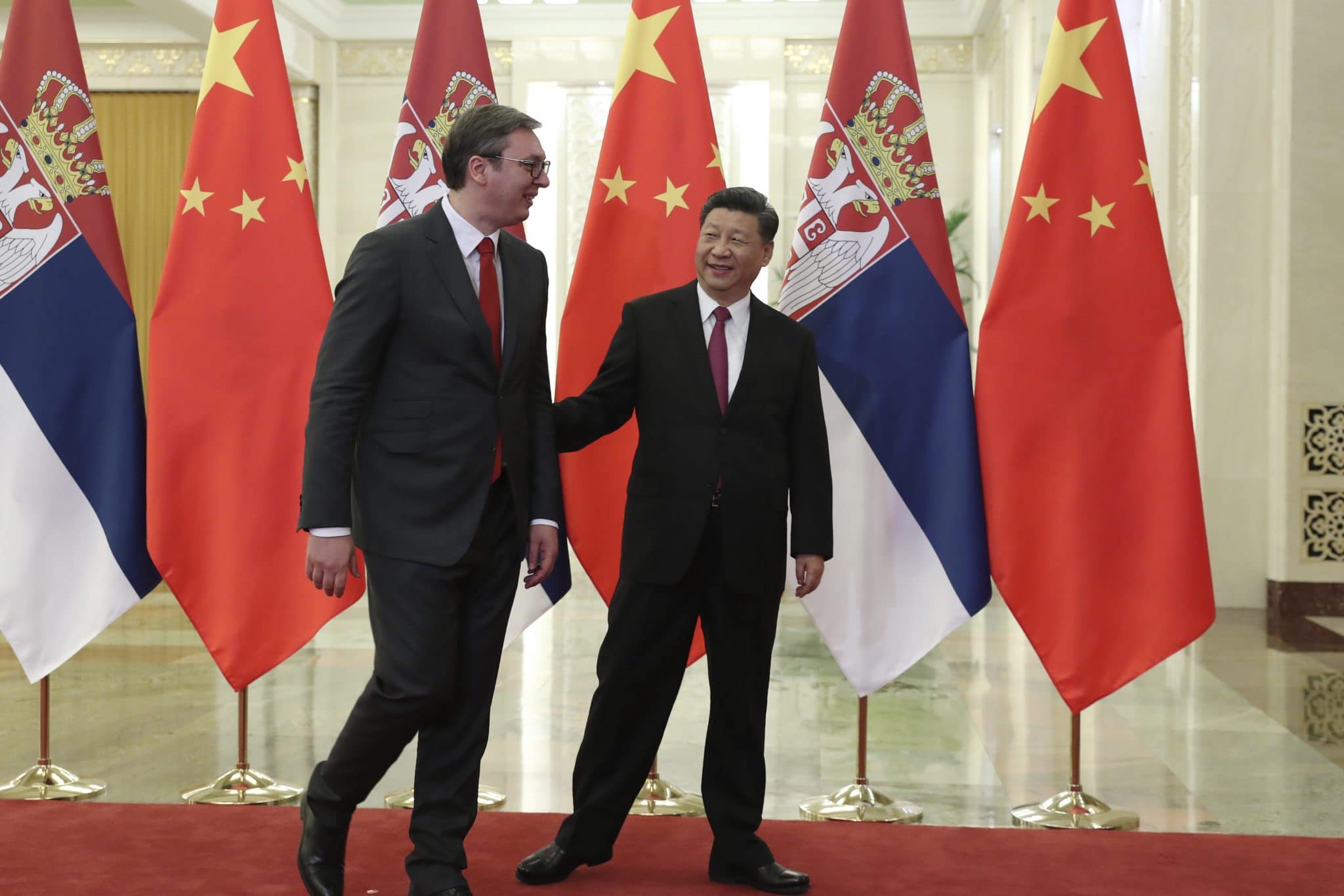 On July, 8, 2021 Balkin Insights published an article written by David L. Phillips titled “A Global US Can’t Avoid Confronting Russia and China”   Subtitle: “Forget talk about ‘re-sets’ in relations; the US is on collision course with two implacable adversaries that are bent on testing its leadership and resolve”

The article can be found at: https://balkaninsight.com/2021/07/08/a-global-us-cant-avoid-confronting-china-and-russia/

David L. Phillips is Director, Program on Peace-building and Rights, in the Institute for the Study of Human Rights at Columbia University.  Concerned about the tenor of this article, especially coming from an institute dedicated to peace-building, I decided a response was in order.  Below is my response to Mr. Phillips’ essay.   The response was sent on July 12, 2021 to David L. Phillips dp2366@columbia.edu

It was with growing concern that I read the above article written by you and published in BalkinInsight,  allegedly on behalf of a center at Columbia University dedicated to “Peace Building and Human Rights”.  I was shocked to see so much warmongering rhetoric coming from a center dedicated to building peace.  Could you explain precisely how you think the US should “confront” Russia and China without risking a war that would destroy us all?

On the subject of promoting peace, since you worked in several recent administrations, you are surely aware that the US has an entire infrastructure designed to essentially disrupt the peace and “foment conflicts” namely the National Endowment for Democracy along the the Republican and Democratic Institutes and an entire range of NGO’s and private donors the purpose of which is to disrupt counties the US has targeted for regime change.  If you add the security agencies and USAID, it’s quite an infrastructure.  Does your center support the disruptive activities of this infrastructure, which some people call “soft power”?  On the subject of human rights, what has your center done to confront the tactics used during the “War on Terror” including illegal invasion, bombing, civilian displacement, rendition, waterboarding, and other forms of torture that have been exposed over the years?  Rather than point the finger at other countries, why don’t we work to right our own ship of state?

You also seem to be completely unaware of the history of Russian/Chinese relations which has often been one of hostility and conflict, at least until very recently when US policy towards Russia forced Russia into an alliance with China.  Rather than re-examine the policies that have resulted in such a catastrophic outcome for US interests, you seem to prefer saying things that appear to be questionable such as:  “Russia is a world power in decline.”   Let me ask you to test that statement against just a few observations from my reading and travels to Russia; 1) Russia is generations ahead in missile technology and missile defenses and many other high tech military technologies and sports a rebuilt, well trained military; 2) Russia’s Rosatom now builds a majority of the nuclear plants world wide using new and much safer technology, while the US companies can’t seem to construct even one modern nuclear electrical generation facility; 3) Russia builds all of it’s own aircraft, including passenger aircraft—Russia also constructs all it’s own naval vessels including new high tech submarines and autonomous drones that can travel thousands of miles underwater; 4) Russian is way ahead in extreme cold weather arctic technology including facilities and icebreakers.  5) Russian debt is 18% of GDP, they have a budget surplus and a sovereign wealth fund—the US debt increases by trillions every year and the US has to print money to pay current liabilities; 6) When Russia intervenes, as she did in Syria in 2015 at the invitation of the Syrian government, Russia was able to turn the tide of that destructive illegal proxy war the US supported.  Compare this record to the “success” of US warmongering since WW2; 7) Russia is essentially self sufficient in food, energy, consumer products, and technology.  What would happen to the US if the container ships stopped arriving?   I could go on but here’s my point: considering your apparent lack of current knowledge, perhaps you should to travel to Russia and witness current conditions for yourself rather than continuing to endlessly repeat anti-Russian propaganda?  Why do I suggest this?  Because anyone who understands the issues involved will realize that it is in national security interests of the USA to be friends with Russia—assuming this is still possible given US behavior over the last 30 years.

Of course neither Russia nor China want to confront the US because both realize 1) given current policies, the continuation of US/NATO militarism is unsustainable both politically and economically; and 2) the US would be unable to sustain a conventional war for any length of time thus the world would be at great risk of the US turning to nuclear weapons rather than accept a conventional defeat.  This is why both Russia and China are biding their time rather than risk a global nuclear war. Should US/NATO ever decide to direct nuclear weapons at Russia, the Russians have made it quite clear that the next war will not be fought solely on Russian soil, so since US policy includes first use of nuclear weapons such first use would result in a full blown nuclear war including the destruction of the US.   Considering reality—I have to ask how are you building peace and human rights by continuing such rhetoric and support for such policies?

I could write an entire thesis on all the inaccuracies, misinformation and disinformation contained in your essay—but let me say a few words about Ukraine and the former USSR.  Are you even aware of the fact that after the dissolution of the Soviet Union the Russian Federation and the Russian people turned to the US and trusted us to help them create a market economy?  That 80% of the Russian people had favorable views of USA? That this was reciprocated with over 70% of US citizens holding a favorable opinion of the Russian people?  What an amazing opportunity this presented to put aside militarism, promote peace,  and save our own republic?  What happened?   Look it up!!  Russia was looted—it’s people impoverished.   Essays were written saying “Russia is finished.”  But, as I outlined above,  Russia is not finished.  We even broke a promise not to expand NATO “one inch eastward”.  Instead, US militarism continued and NATO was expanded to Russia’s doorstep.  Countries bordering Russia,  including Georgia and Ukraine, were hit with color revolutions including the Maidan coup of 2014.  Now, thanks to US/NATO policy, Ukraine is essentially a failed state.  Meanwhile, the majority Russian population of Crimea decided to protect their own peace, security, and human rights, by voting to join the Russian Federation.  For this act of self-preservation the people of Crimea have been sanctioned.  Russia didn’t do this.  No one who understands the fact would blame Russia for this.   US/NATO policy did this.   Does a center tasked with promoting peace and human rights support this result?

I can’t know the true motivations behind this anti-Russian rhetoric—but I can say conclusively that it is completely contrary to the long term security interests of the USA.  Look around and ask yourself—why be enemies with Russia—especially against China?  The same question could be raised about Iran—about Venezuela—about Syria—even about China itself.  What happened to diplomacy? I realize there’s a club that runs the USA, and to get jobs, money, and grants you have to be a part of this “club” and that includes joining a serious case of group think.  But what if the club has gone off the rails and is now doing much more harm than good?  What if the club is on the wrong side of history?  What if this club is threatening the very future of the USA?  The future of civilization itself?  I fear that if enough people in the US, like you,  don’t rethink these issues our very future is in jeopardy.

I realize this effort will probably fall on deaf ears—but I thought it was worth a shot.