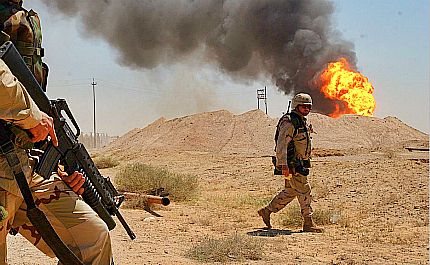 “We have communicated directly, privately and at very high levels to the Kremlin that any use of nuclear weapons will be met with catastrophic consequences for Russia, that the US and our allies will respond decisively, and we have been clear and specific about what that will entail.”

Here we are again, possibly as close to a possible nuclear war in which everyone will lose and no one will win as we were during the Cuban Missile Crisis exactly 60 years ago. And still the international community, including dictators and democracies, has not come to its senses around the unacceptable risk of nuclear weapons.

Between then and now, I volunteered for decades with a non-profit called Beyond War. Our mission was educational: to seed into international consciousness that atomic weapons had rendered all war obsolete as a way of resolving international conflict—because any conventional war could potentially go nuclear. Such educational efforts are replicated and extended by millions of organizations around the world that have come to similar conclusions, including really big ones like the International Campaign to Abolish Nuclear Weapons, winner of the Nobel Peace Prize.

But all these initiatives and organizations have not been enough to move the international community to act on the truth that war is obsolete, and so, not understanding the urgency and not having tried nearly hard enough, the “family” of nations are at the mercy both of the whims of a brutal self-obsessed dictator—and of an international system of militaristic security assumptions stuck on stupid.

As a thoughtful and smart U.S. Senator wrote to me:

“. . . In an ideal world, there would be no need for nuclear weapons, and I support U.S. diplomatic efforts, along with those of our international partners, to limit nuclear proliferation and promote stability across the globe. However, as long as nuclear weapons exist, the potential use of these weapons cannot be ruled out, and the maintenance of a safe, secure, and credible nuclear deterrent is our best insurance against nuclear catastrophe. . .

“I also believe that maintaining an element of ambiguity in our nuclear employment policy is an important element of deterrence. For example, if a potential adversary believes they have a full understanding of the conditions for our deployment of nuclear weapons, they could be emboldened to conduct catastrophic attacks just short of what they perceive to be the threshold for triggering a U.S. nuclear response. With this in mind, I believe a No First Use policy is not in the best interest of the United States. In fact, I believe it could have significant adverse effects regarding the proliferation of nuclear weapons, as our allies who rely on the U.S. nuclear umbrella—notably South Korea and Japan—may seek to develop a nuclear arsenal if they do not believe the U.S. nuclear deterrent can and will protect them from attack. If the U.S. cannot extend deterrence to its allies, we face the serious possibility of a world with more nuclear weapon states.”

This can be said to represent establishment thinking in Washington and around the world. The problem is that the Senator’s assumptions lead nowhere beyond the weapons, as if we are trapped forever in the swampland of deterrence. There is no apparent consciousness that, given that the world could end as the result of one misunderstanding or misstep, at least a small portion of our creative energy and immense resources might usefully be spent on thinking through alternatives.

The Senator would surely argue from his assumptions that Putin’s threats make this exactly the wrong time to talk about nuclear weapons abolition—like the politicians who can be counted on after yet another mass shooting to say that it is not the moment to talk about gun safety reform.

The situation with Putin and Ukraine is classic and can be counted upon to repeat itself in some variation (cf. Taiwan) absent fundamental change. The challenge is educational. Without the clear knowledge that nuclear weapons solve nothing and lead nowhere good, our lizard brains turn again and again to deterrence, which sounds like a civilized word, but in essence we are primitively threatening each other: “One step further and I will come down on you with catastrophic consequences!” We are like the man holding a grenade threatening to “blow us all up” if he doesn’t get his way.

Once enough of the world sees the utter futility of this approach to security (as have the 91 nations who, thanks to ICAN’s hard work, have signed the United Nations Treaty on the Prohibition of Nuclear Weapons), we can begin to risk the creativity that becomes available beyond deterrence. We can examine the opportunities we have to make gestures that acknowledge the uselessness of the weapons without compromising our “security” (a “security” already utterly compromised by the nuclear deterrence system itself!).

For example, the U.S. could afford to stand down its entire land-based missile system, as former Secretary of Defense William Perry has suggested, without any crucial loss of deterrent power. Even if Putin didn’t feel threatened before and was just using his apprehensions about NATO to rationalize his “operation,” he surely feels threatened now. Perhaps it is in the planet’s interest to make him feel less threatened, as one way to prevent Ukraine from the ultimate horror of being nuked.

And it’s past time to convene an international conference where representatives of responsible nuclear powers are encouraged to say out loud that the system doesn’t work and leads only in one bad direction—and then begin to sketch the outlines of a different approach. Putin knows as well as anyone that he is in the same trap as the United States’ major in Vietnam who reportedly said, “It became necessary to destroy the town to save it.”

Winslow Myers, syndicated by PeaceVoice, author of “Living Beyond War: A Citizen’s Guide,” serves on the Advisory Board of the War Preventive Initiative.