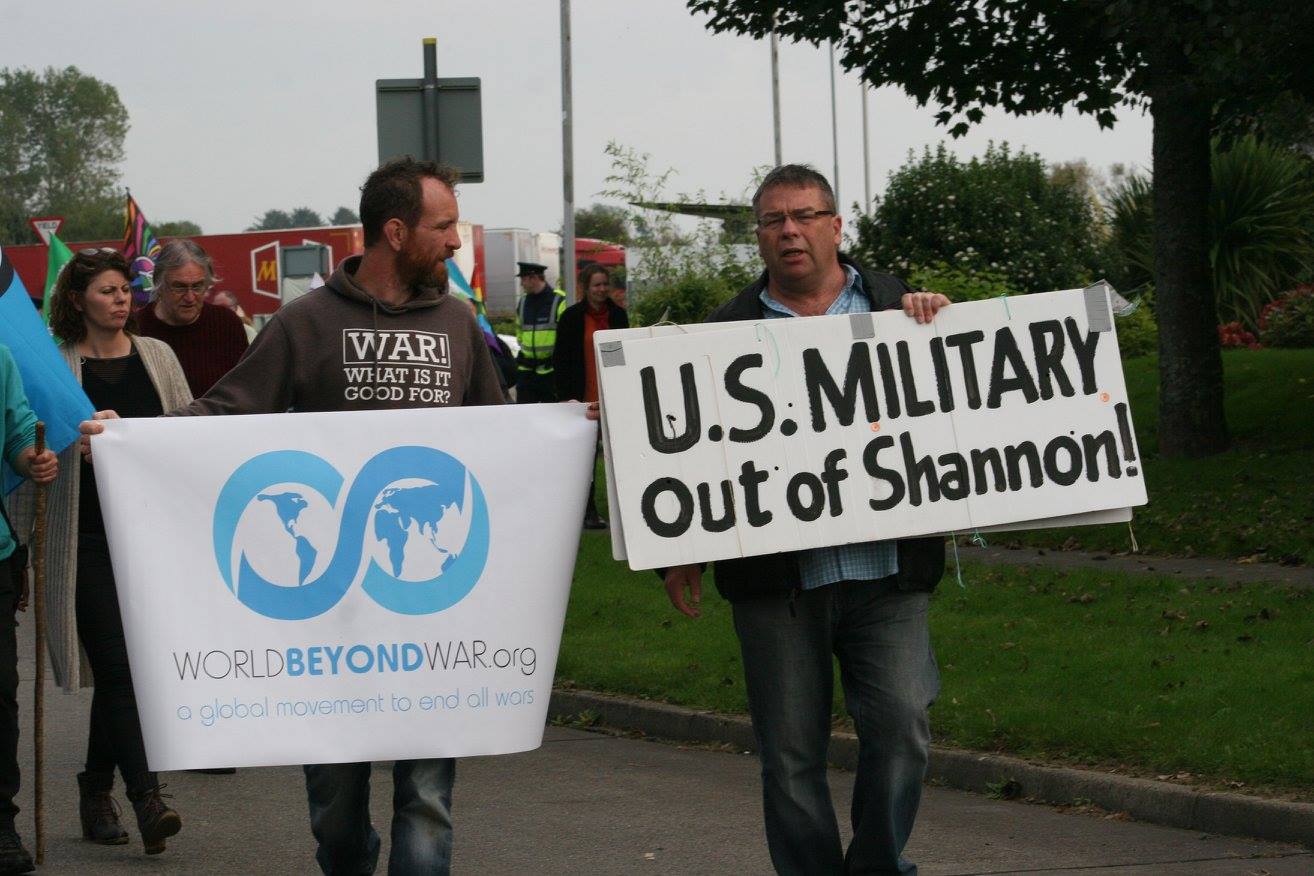 The Irish Neutrality League campaigns for the protection and strengthening of Ireland’s
neutrality. We do this in the spirit of the Irish Neutrality League first established in 1914 at
the outbreak of World War 1, by the key figures who would later lead the 1916 Rising, and
as such note that Ireland’s neutrality is clearly linked to its sovereign independence and
remains a core element of its national identity.

We define Irish neutrality as non-participation in wars and military alliances, as set out in the
1907 Hague Convention V, and as the positive engagement in the peaceful, non-military
resolution of political conflicts. As a country that faced hundreds of years of oppression and
colonial subjugation by empire, we further understand neutrality as a tradition of solidarity
with all the nations and peoples of the world who are victims of imperialism, colonialism, war
and oppression.

We recognise that neutral countries, including Ireland, have contributed to peaceful
coexistence between nations over the decades. Ireland’s excellent international reputation,
that of its people and of its armed forces in participating in UN Peacekeeping missions, in
leading humanitarian support, in advocating for human rights and decolonisation, its role in
promoting nuclear non-proliferation treaties and in negotiating the global ban on cluster
munitions, is overwhelmingly linked to its neutrality and opposition to empire. Neutrality,
along with our record as a voice for peace and international law, imbues Ireland with a
credible moral authority to oppose military aggression from whatever quarter and to act as a
legitimate voice for the use of diplomatic means and peaceful negotiations to resolve military
conflicts.

To further erode Ireland’s neutrality beyond what has already occurred since 2003 – with the
use of Shannon airport by the US Military – would fundamentally damage that reputation,
make us less significant and less effective on the world stage and likely embroil us
in more illegal and unjustified wars by larger world powers. We oppose the invasion of
sovereign states by larger powers and recognise the right of states to self-determination. We
also oppose the escalation of conflicts and the dangerous militarisation of the world,
particularly when such critical issues of world hunger, nuclear proliferation and climate
change threaten the survival of humanity.

The role of a neutral state such as Ireland is to be a voice of diplomacy, human rights,
humanitarian support and peace in opposition to all imperialist wars, colonialism and
oppression. We therefore reject moves by any Irish government to use any international
conflict as an excuse to abandon neutrality and involve Ireland in supporting or facilitating
wars, joining military alliances and increasing European and world militarisation.
We note that every opinion poll taken on the issue showed an overwhelming majority of Irish
people value Irish neutrality and favour retaining it.

The Irish Neutrality League is a civil society campaign to bring pressure on the Irish
Government to assert Ireland’s neutrality positively on the world stage, to be a voice for
peace and human rights and oppose wars and militarisation. We call on the Government to
commit to and reflect the “ideal of peace”, the “generally recognised principles of
international law” and the “pacific settlement of international disputes” as referred to in Article
29, Bunreacht na hÉireann.

We also call on the Government to further copper-fasten Irish neutrality by holding a
referendum to enshrine it into the Constitution.