Chris Hedges Is Right: The Greatest Evil Is War 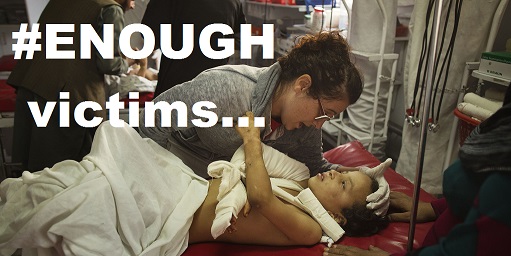 Chris Hedges’ latest book, The Greatest Evil Is War, is a terrific title and even better text. It doesn’t actually argue a case for war being a greater evil than other evils, but it sure does present evidence that war is tremendously evil. And I think in this moment of nuclear weapons threats, we can consider the case pre-established.

Yet the fact that we’re at major risk of nuclear apocalypse may not interest or move some people the way that the case made in this book might.

Of course, Hedges is honest about the evil on both sides of the war in Ukraine, which is quite rare and may either do a great deal of good persuading readers or prevent a lot of readers getting very far into his book — which would be a shame.

Hedges is brilliant on the supreme hypocrisy of the U.S. government and media.

He’s also excellent on the experiences of U.S. war veterans, and the horrible suffering and regrets that many of them have.

This book is also powerful in its descriptions of the  shameful, dirty, and disgusting gore and stench of war. This is the opposite of the romanticization of war so prevalent on tv and computer screens.

It’s also terrific on debunking the myth that participation in war builds character, and on exposing the cultural glorification of war. This is a counter-recruitment book; another name would be a truth-in-recruiting book.

We need books this good on that majority of modern war victims who didn’t have uniforms.

This is a book generally written from a U.S. perspective. For example:

“Permanent war, which has defined the United States since World War II, extinguishes liberal, democratic movements. It cheapens culture into nationalist cant. It degrades and corrupts education and the media and wrecks the economy. The liberal, democratic forces, tasked with maintaining an open society, become impotent.”

But also looking at other parts of the world. For example:

“It was a decline into permanent war, not Islam, that killed the liberal, democratic movements in the Arab world, ones that held great promise in the early part of the twentieth century in countries such as Egypt, Syria, Lebanon, and Iran. It is a state of permanent war that is finishing off the liberal traditions in Israel and the United States.”

I’m adding this book to my list of recommended books on war abolition (see below). I’m doing so because, even though the book does not mention abolition, and its author might object, this seems to me a book that helps make the case for abolition. It says not one good thing about war. It presents numerous powerful reasons to end war. It says “war is always evil,” and “There are no good wars. None. This includes World War II, which has been sanitized and mythologized to celebrate American heroism, purity, and goodness.” And also: “War is always the same plague. It imparts the same deadly virus. It teaches us to deny another’s humanity, worth, being, and to kill and be killed.”

Now, I know that Hedges has, in the past, defended certain wars, but I’m recommending a book, not a person, much less a person at all points in time (certainly not even myself at all points in time). And I know that in this book Hedges writes “Preemptive war, whether in Iraq or Ukraine, is a war crime,” as though some other types of wars might not be “war crimes.” And he refers to “a criminal war of aggression” as though a war of something else might be morally defensible. And he even includes this: “There were no discussions about pacifism in the basements in Sarajevo when we were being hit with hundreds of Serbian shells a day and under constant sniper fire. It made sense to defend the city. It made sense to kill or be killed.”

But he writes that as a lead-in to describing the evil effects even of that war that “made sense.” And I don’t think an advocate for disbanding all militaries should have to deny that it made sense. I think any person or group of people under attack in this very moment, with zero preparation or training in unarmed civil resistance, but plenty of weapons would think violent defense made sense. But that doesn’t mean we shouldn’t be transferring every dollar out of war preparations and putting some of them into preparations for organized unarmed defense.

THE WAR ABOLITION COLLECTION:
The Greatest Evil Is War, by Chris Hedges, 2022.
Abolishing State Violence: A World Beyond Bombs, Borders, and Cages by Ray Acheson, 2022.
Against War: Building a Culture of Peace by Pope Francis, 2022.
Ethics, Security, and The War-Machine: The True Cost of the Military by Ned Dobos, 2020.
Understanding the War Industry by Christian Sorensen, 2020.
No More War by Dan Kovalik, 2020.
Strength Through Peace: How Demilitarization Led to Peace and Happiness in Costa Rica, and What the Rest of the World Can Learn from a Tiny Tropical Nation, by Judith Eve Lipton and David P. Barash, 2019.
Social Defence by Jørgen Johansen and Brian Martin, 2019.
Murder Incorporated: Book Two: America’s Favorite Pastime by Mumia Abu Jamal and Stephen Vittoria, 2018.
Waymakers for Peace: Hiroshima and Nagasaki Survivors Speak by Melinda Clarke, 2018.
Preventing War and Promoting Peace: A Guide for Health Professionals edited by William Wiist and Shelley White, 2017.
The Business Plan For Peace: Building a World Without War by Scilla Elworthy, 2017.
War Is Never Just by David Swanson, 2016.
A Global Security System: An Alternative to War by World Beyond War, 2015, 2016, 2017.
A Mighty Case Against War: What America Missed in U.S. History Class and What We (All) Can Do Now by Kathy Beckwith, 2015.
War: A Crime Against Humanity by Roberto Vivo, 2014.
Catholic Realism and the Abolition of War by David Carroll Cochran, 2014.
War and Delusion: A Critical Examination by Laurie Calhoun, 2013.
Shift: The Beginning of War, the Ending of War by Judith Hand, 2013.
War No More: The Case for Abolition by David Swanson, 2013.
The End of War by John Horgan, 2012.
Transition to Peace by Russell Faure-Brac, 2012.
From War to Peace: A Guide To the Next Hundred Years by Kent Shifferd, 2011.
War Is A Lie by David Swanson, 2010, 2016.
Beyond War: The Human Potential for Peace by Douglas Fry, 2009.
Living Beyond War by Winslow Myers, 2009.
Enough Blood Shed: 101 Solutions to Violence, Terror, and War by Mary-Wynne Ashford with Guy Dauncey, 2006.
Planet Earth: The Latest Weapon of War by Rosalie Bertell, 2001.
Boys Will Be Boys: Breaking the Link Between Masculinity and Violence by Myriam Miedzian, 1991.