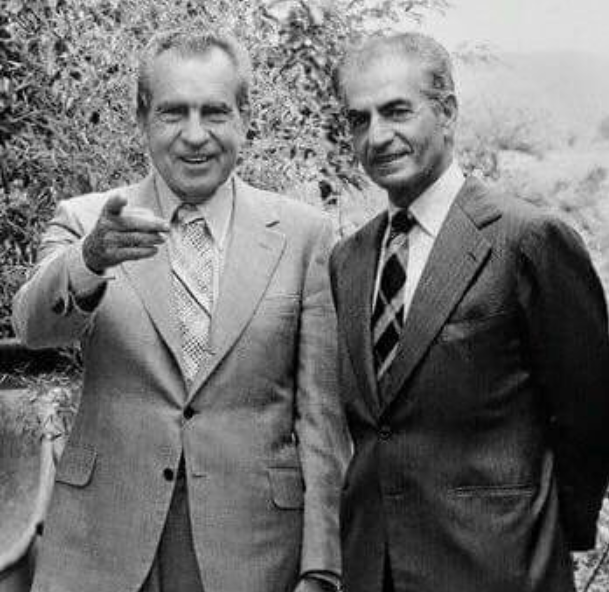 On Monday, 13 May 2019, the New York Times posted an article with the title “White House Reviews Military Plans Against Iran. in Echoes of Iraq War”. Besides the aircraft carrier and other naval forces already sent to the Persian Gulf, plans include sending as many as 120,000 US troops to the region. There is a great danger that an attack on Iran might be sparked by a Gulf-of-Tonkin-like false flag incident involving Saudi oil ships.

On Sunday, 19 May, Donald Trump tweeted: “If Iran wants to fight, that will be the official end of Iran. Never threaten the United States again!” He did not specify how or when Iran had threatened the US.

Why is the possibility of a military attack on Iran especially worrying? Such a war would completely destabilize the already-unstable Middle East. In Pakistan, the unpopularity of the US-Israel-Saudi alliance, as well as the memory of numerous  atrocities, might lead to the overthrow of Pakistan’s less-than-stable government, putting Pakistan’s nuclear weapons into non-governmental hands. Russia and China, long-time allies of Iran, might also be drawn into the conflict. There would be a grave danger of escalation into a full-scale nuclear war.

Iran is a peaceful nation but has often been attacked

Iran has an ancient and beautiful civilization that dates back to 7000 BC, when the city of Susa was founded. Some of the earliest writing that we know of, dating from from approximately 3,000 BC, was used by the Elamite civilization near to Susa. Today’s Iranians are highly intelligent and cultured, and famous for their hospitality, generosity and kindness to strangers. Over the centuries, Iranians have made many contributions to science, art and literature, and for hundreds of years they have not attacked any of their neighbors. Nevertheless, for the last century, they have been the victims of foreign attacks and interventions, most of which have been closely related to Iran’s oil and gas resources. The first of these took place in the period 1921-1925, when a British-sponsored coup overthrew the Qajar dynasty and replaced it by Reza Shah.

Reza Shah (1878-1944) started his career as Reza Khan, an army officer. Because of his high intelligence he quickly rose to become commander of the Tabriz Brigade of the Persian Cossacks. In 1921, General Edmond Ironside, who commanded a British force of 6,000 men fighting against the Bolsheviks in northern Persia, masterminded a coup (financed by Britain) in which Reza Khan lead 15,000 Cossacks towards the capital. He overthrew the government, and became minister of war. The British government backed this coup because it believed that a strong leader was needed in Iran to resist the Bolsheviks. In 1923, Reza Khan overthrew the Qajar Dynasty, and in 1925 he was crowned as Reza Shah, adopting the name Pahlavi.

Reza Shah believed that he had a mission to modernize Iran, in much the same way that Kamil Ata Turk had modernized Turkey. During his 16 years of rule in Iran, many roads were built, the Trans-Iranian Railway was constructed, many Iranians were sent to study in the West, the University of Tehran was opened, and the first steps towards industrialization were taken. However, Reza Shah’s methods were sometimes very harsh.

In 1941, while Germany invaded Russia, Iran remained neutral, perhaps leaning a little towards the side of Germany. However, Reza Shah was sufficiently critical of Hitler to offer safety in Iran to refugees from the Nazis. Fearing that the Germans would gain control of the Abadan oil  fields, and wishing to use the Trans-Iranian Railway to bring supplies to Russia, Britain invaded Iran from the south on August 25, 1941. Simultaneously, a Russian force invaded the country from the north. Reza Shah appealed to Roosevelt for help, citing Iran’s neutrality, but to no avail. On September 17, 1941, he was forced into exile, and replaced by his son, Crown Prince Mohammed Reza Pahlavi. Both Britain and Russia promised to withdraw from Iran as soon as the war was over. During the remainder of World War II, although the new Shah was nominally the ruler of Iran, the country was governed by the allied occupation forces.

Reza Shah, had a strong sense of mission, and felt that it was his duty to modernize Iran. He passed on this sense of mission to his son, the young Shah Mohammed Reza Pahlavi . The painful problem of poverty was everywhere apparent, and both Reza Shah and his son saw modernization of Iran as the only way to end poverty.

In 1951, Mohammad Mosaddegh became Prime Minister of Iran through democratic elections. He was from a highly-placed family and could trace his ancestry back to the shahs of the Qajar dynasty. Among the many reforms made by Mosaddegh was the nationalization of the Anglo-Iranian Oil Company’s possessions in Iran. Because of this, the AIOC (which later became British Petroleum), persuaded the British government to sponsor a secret coup that would overthrow Mosaddegh. The British asked US President Eisenhower and the CIA to join M16 in carrying out the coup, claiming that Mosaddegh represented a communist threat (a ludicrous argument, considering Mosaddegh’s aristocratic background). Eisenhower agreed to help Britain in carrying out the coup, and it took place in 1953. The Shah thus obtained complete power over Iran.

The goal of modernizing Iran and ending poverty was adopted as an almost-sacred mission by the young Shah, Mohammed Reza Pahlavi, and it was the motive behind his White Revolution in 1963, when much of the land belonging to the feudal landowners and the crown was distributed to landless villagers. However, the White Revolution angered both the traditional landowning class and the clergy, and it created fierce opposition. In dealing with this opposition, the Shahs methods were very harsh, just as his fathers had been. Because of alienation produced by his harsh methods, and because of the growing power of his opponents, Shah Mohammed Reza Pahlavi was overthrown in the Iranian Revolution of 1979. The revolution of 1979 was to some extent caused by the British-American coup of 1953.

One can also say that the westernization, at which both Shah Reza and his son aimed,  produced an anti-western reaction among the conservative elements of Iranian society. Iran was “falling between two stools”, on the one hand western culture and on the other hand the country’s traditional culture. It seemed to be halfway between, belonging to neither. Finally in 1979 the Islamic clergy triumphed and Iran chose tradition.

Meanwhile, in 1963 the US had secretly backed a military coup in Iraq that brought Saddam Hussein’s Ba’ath Party to power.  In 1979, when the western-backed Shah of Iran was overthrown, the United States regarded the fundamentalist Shi’ite regime that replaced him as a threat to supplies of oil from Saudi Arabia. Washington saw Saddam’s Iraq as a bulwark against the Shi’ite government of Iran that was thought to be threatening oil supplies from pro-American states such as Kuwait and Saudi Arabia.

In 1980, encouraged to do so by the fact that Iran had lost its US backing, Saddam Hussein’s government attacked Iran. This was the start of a extremely bloody and destructive war that lasted for eight years, inflicting almost a million casualties on the two nations. Iraq used both mustard gas and the nerve gases Tabun and Sarin against Iran, in violation of the Geneva Protocol.

The present attacks on Iran, both actual and threatened, have some similarity to the war against Iraq which was launched by the United States in 2003. In 2003, the attack was nominally motivated by the threat that nuclear weapons would be developed, but the real motive had more to do with a desire to control and exploit the petroleum resources of Iraq, and with Israel’s extreme nervousness at having a powerful and somewhat hostile neighbor. Similarly, hegemony over the huge oil and gas reserves of Iran can be seen as one the main reasons why the United States is presently demonizing Iran, and this is combined with Israel’s almost paranoid fear of a large and powerful Iran. Looking back on the “successful” 1953 coup against Mosaddegh, Israel and the United States perhaps feel that sanctions, threats, murders and other pressures can cause a regime change that will bring a more compliant government to power in Iran – a government that will accept US hegemony. But aggressive rhetoric, threats and provocations can escalate into full-scale war.

I do not wish to imply approval of Iran’s present theocratic government. However, the hospitable, cultured  and friendly Iranian people do not deserve the horrors of war. They do not deserve the suffering that has already been inflicted upon them. Furthermore, any use of violence against Iran would be both insane and criminal. Why insane? Because the present economy of the US and the world cannot support another large-scale conflict; because the Middle East is already a deeply troubled region; and because it is impossible to predict the extent of a war which, if once started, might develop into World War III, given the fact that Iran is closely allied with both Russia and China. Why criminal? Because such violence would violate both the UN Charter and the Nuremberg Principles. There is no hope at all for the future unless we work for a peaceful world, governed by international law, rather than a fearful world where brutal power holds sway.