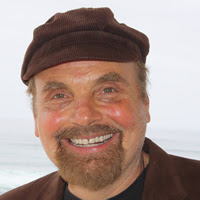 Arthur Kanegis, writer/producer/director, is president and founder of Future WAVE (Working for Alternatives to Violence through Entertainment). He Hosts the PeopePoweredPlanet.com Podcast with Melanie Bennett.  His productions include: “TheWorldIsMyCountry” 58 minute TV version (2021 – see TheWorldIsMyCountry.com)  and “The World Is My Country” Full Theatrical version 83 minutes 2018.  The feature documentary that garnered standing ovations and sold-out theaters in film festivals. (see TheWorldIsMyCountry.com/applause).   It tells the amazing story of World Citizen #1 Garry Davis — a lost piece of history that Martin Sheen calls “a roadmap to a better future.”  Kanegis also produced War Without Winners with Paul Newman and Haskell Wexler.  He also did the nuclear war research for “The Day After” a 1983 ABC TV movie that had the largest audience of any made-for-TV movie ever –100 million in the US and 200 million in the Soviet Union. Ronald Reagan credits it with convincing him that nuclear war was unwinnable, and that he had to start START, Strategic Arms Reduction Talks talks with the Soviets.  He is also a Quaker and a Rotarian (see his talk to the Rotary International Peace Conference at TheWorldIsMyCountry.com/talks).   He gives inspiring talks and shows film clips — virtually or in person — on topics ranging from BULLYPROOFing our kids to moving from Protest to Power.  He shows how we can rise above the broken nation-state system to build a People Powered Planet — that can actually outlaw war and ecocide — and build the future we all want!  SEE theworldismycountry.com/talks
Our Campaigns