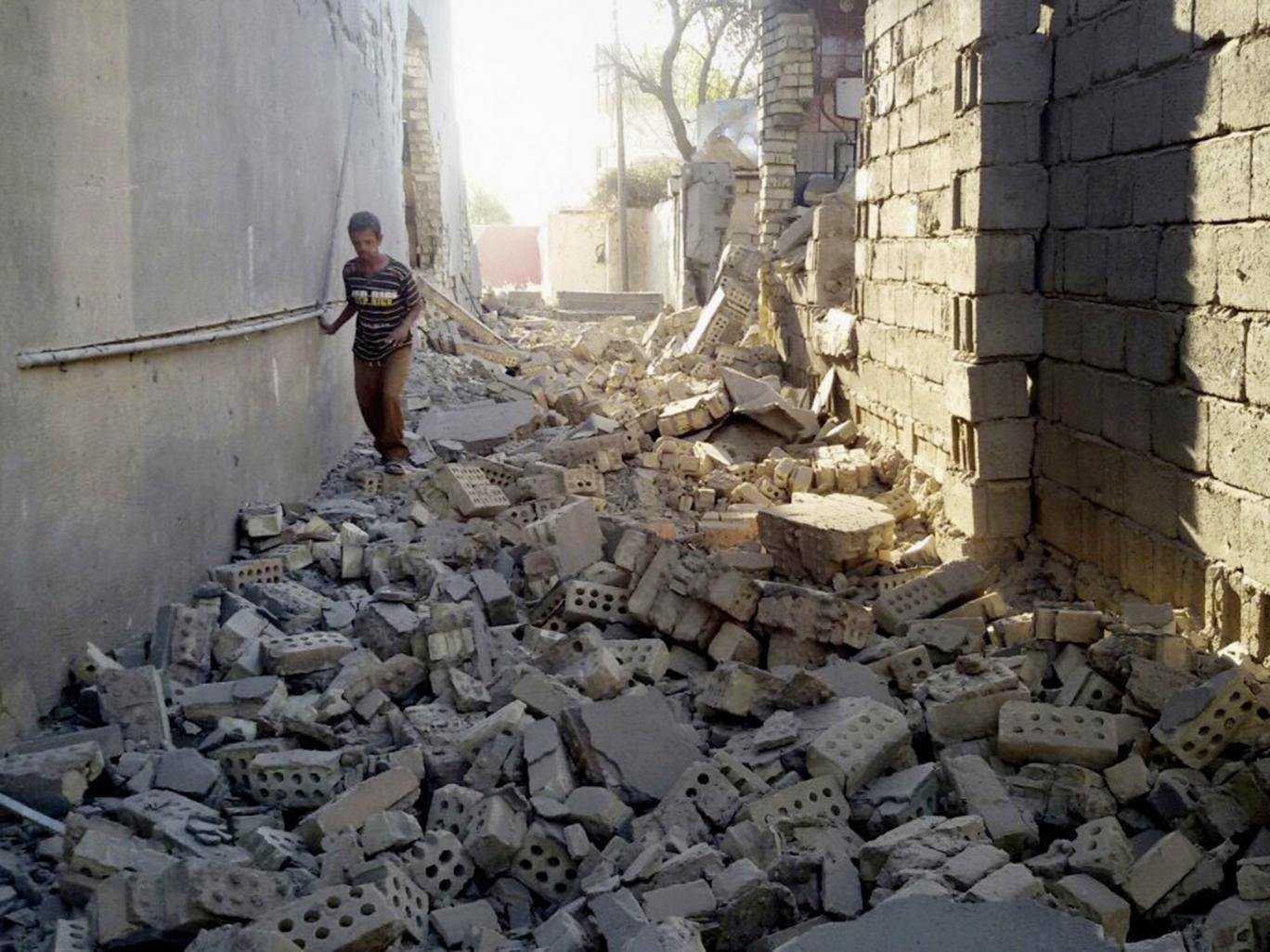 “They make a desert and they call it peace,” is the bitter line Tacitus attributed to the British tribal leader Calgacus speaking 2,000 years ago of the devastation inflicted by the Roman army on the rebellious British. The denunciation has echoed down the centuries and been applied to many pacification campaigns, but it is peculiarly appropriate to what is now happening in Iraq.

Some 20,000 Iraqi soldiers, special forces, federal police and Shia paramilitaries are advancing on Fallujah, a Sunni Arab city held by Isis since early 2014. They are backed by the destructive might of the US-led coalition of air forces that have carried out 8,503 air strikes in Iraq and 3,450 in Syria over the last two years. Without such close air support, the anti-Isis forces in Iraq and Syria would not have had their recent successes.

“I think they [government forces] will take Fallujah but the city will be destroyed in the process,” said Najmaldin Karim, the governor of Kirkuk to the north east of Fallujah in an interview with The Independent. “If they don’t have air strikes they probably won’t be able to take the city.”

The precedents are ominous. The Iraqi army backed by Coalition airpower recaptured the city of Ramadi from Isis last December, but more than 70 per cent of its buildings are in ruins and the great majority of its 400,000 people are still displaced.

“The destruction the team has found in Ramadi is worse than any other part of Iraq. It is staggering,”  said Lise Grande, the UN’s humanitarian coordinator in Iraq.

Soon after government forces had taken the city five months ago, Ibrahim al-Osej, a member of the Ramadi district council, said that “all water, electricity, sewage and other infrastructure – such as bridges, government facilities, hospitals and schools – have suffered some degree of damage.”  This included no less than 64 bridges destroyed.

Some of the destruction was caused by Isis mining buildings, but most was the result of 600 Coalition air strikes and Iraqi army artillery fire. US air commanders congratulate themselves on the pinpoint accuracy of their bombardment (so unlike Vietnam or earlier wars) but, if this is so, why was it necessary to destroy Ramadi?

The same is true of other victories over Isis in Iraq and Syria. Last year I was in the Syrian Kurdish city of Kobani that Isis tried to capture in a siege lasting four-and-a-half months until they were driven out by Syrian Kurdish fighters and 700 US airstrikes that pulverised three-quarters of the buildings. Everywhere I looked there was a jumble of smashed concrete and broken metal reinforcement bars sticking out of the heaps of rubble. Only in the enclave the Syrian Kurds had clung onto were buildings still standing.

Fallujah may now share the same fate. There are some 900 Isis fighters defending well-prepared fighting positions above ground and a warren of tunnels underneath it. They are experienced in inflicting maximum casualties on their enemies by sniping, IEDs, booby traps, mortars and suicide bombers.

In places like Tikrit, Ramadi and Sinjar they slipped away at the last moment, but in Fallujah they may fight to the end because it is close to Baghdad, and because it is a symbol of Sunni resistance to the US occupation ever since it was twice besieged by US marines in 2004.

It can be argued that there is no alternative to the massive use of airpower if fanatical and battle-hardened Isis fighters are to be defeated. But, as with so much in the war in Iraq and Syria, the type of warfare being waged is determined by political priorities.

In the case of Fallujah, and previously Ramadi, the US acts in support of regular Iraqi government forces and politically acceptable allies such as the Sunni tribal militias. It does not want to give air support to the heavily armed and more numerous Shia paramilitaries in the Hashd al-Shaabi or Popular Mobilisation Units which it sees as being sectarian and under the influence of Iran.

The problem is that the combat-effective Iraqi security forces are limited in number, amounting to two brigades or 5,000 soldiers by one account in addition to two divisions in the regular army. But many of these units have to be held back in Baghdad or elsewhere in the long front line and cannot be committed to the assault on Fallujah which may therefore take a long time even with Coalition air strikes. The assault force that finally took Ramadi numbered only 750 Iraqi special forces, which acted as a mopping force after Isis fighters had been targeted from the air.

The strategy of using a limited number of highly skilled ground forces – in which US specialists are intermingled – able to call in air attacks against any point of resistance makes sense militarily. It is also noticeable that that there are no international protests as the Sunni cities and population centres of Iraq  are systematically destroyed. The notorious remark of a US officer about the town of Ben Tre in Vietnam 50 years ago – that “it became necessary to destroy the town to save it” – could equally be applied to Ramadi.

This does not happen because the present bombing campaign is being justified as is customary in air wars, by its perpetrators saying it is of pinpoint accuracy and designed to keep civilian casualties to a minimum. But there is also a widespread feeling that any means are justifiable when used to defeat a movement of such monstrous cruelty and savagery as Isis. The present assault on Fallujah is partly motivated by the slaughter of 200 civilians in Baghdad by Isis bombers earlier this month.

What happens in the next few months in Fallujah is of significance because it may tell us what will happen if there is an attempt by the Iraqi government, the Kurdish Peshmerga and the Coalition to recapture Mosul which may still have a population of two million people. Isis is not letting anybody out of the city and will fight hard for it because the capture of Mosul in June 2014 was what enabled it to declare the “Calpihate”.

The US would like to recapture the city this year. Mr Karim believes that President Obama “is desperately trying to get Isis out of Mosul before the end of his term”. This is scarcely surprising since its loss and the rise of Isis was perhaps the greatest miscalculation of his eight years in office. But, even if it does fall, the war will not end because the five million Sunni Arabs in Iraq are being given no alternative to Isis other than submission to Shia and Kurdish rule.

The US and allies like Britain insist that the government in Baghdad should be more inclusive of people formerly living under the control of Isis, but inclusion will not make much difference if the places where they lived are heaps of ruins.