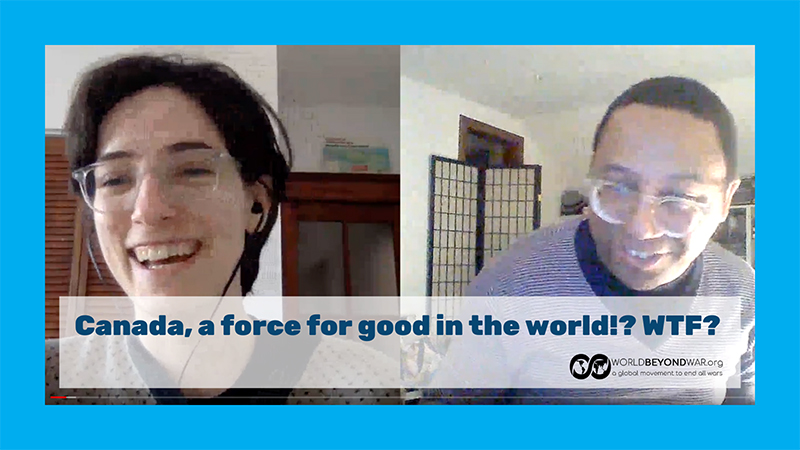 How do we strengthen the peace movement especially in areas where such a movement is either too small or simply non-existent.

Are there anti-racist, anti-sexist, anti-heteronormativity, and enviromental movement mobillizing against wars and if not why is that the case?

Why Feminists, Queer liberationists, police abolitionists/reductionists, environmentalists/eco-socialists, and those dedicated to eradicating white supremacy shouldn’t join the Canadian military or support ANY form of militarism/imperialism overseas.

And how do we encourage peace movements, how ever small or big in Russia or elsewhere, to continue mobilzing against wars and what is the state of anti-war actions in Russia?

These are just some of the questions and topics I got to ask the brilliant Maya Garfinkel the head of World BEYOND War Canada, and the Montreal chapter of the international peace organization who is also an environmentalist, social/racial/eco justice activist, feminist, an ally to the Native Lives Matter and ally/member of 2SLGBTQIA+ liberation movement.

We also discussed if wars are EVER justifiable, how do we advance the cause of peace and anti-imperialism and detente and cooperation when the Russia-Ukraine War and standing blindly by Ukraine is considered “a good war” if you are on NATO’s side, as well as mobilizing against the Pivot to Asia/New Cold War on China and the rising Sinophobia.