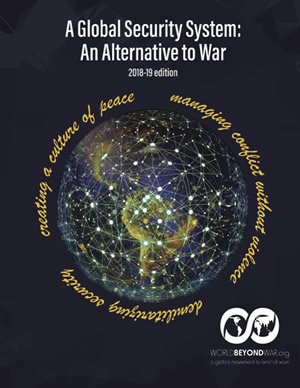 A Global Security System: An Alternative to War (2018-19 Edition) is now available. Get a free copy by registering and attending #NoWar2018.

AGSS is World BEYOND War’s blueprint for an alternative security system – one in which peace is pursued by peaceful means. This 4th edition features several updates to the text, as well as a new summary chart outlining the components and strategies of AGSS as well as a mind-map / flowchart that should aid readers in visualizing the interrelationships amongst all the dynamic parts of the system. Learn more and get yours.

New billboards are up in, among other places, New York City: see details, learn how to get billboards up near you. Ask us to help. 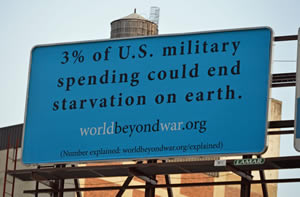 Support World BEYOND War in more than one way, and make lots of friends: 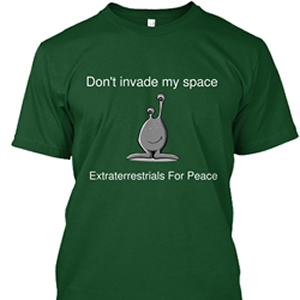 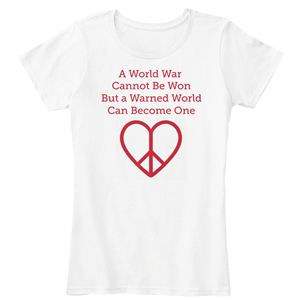 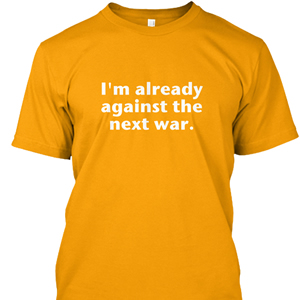 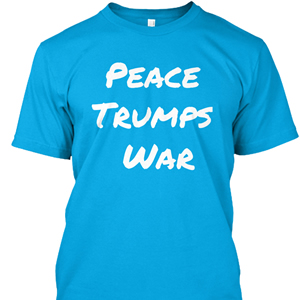 Read this: Why I’m Going to Ireland to Try to Fix the United States

Join us in Washington, D.C.

–12 noon in front of the White House

World Peace Through Law: Replacing War With the Global Rule of Law

New Peace Billboards Are Up in New York City

War no more | An interview with David Swanson

Explainer: the role of foreign military forces in Niger

The Bad, Good, and Beautiful: War and Peace Posters

Why aren’t more people freaking out about the nuclear warheads sitting 20 miles from downtown Seattle?

Afghanistan Won’t Give Up

Have an Active Kellogg-Briand Day

Opening Minds With Billboards for Peace