With Syria announcement, Trump confronts his own militarist cabal 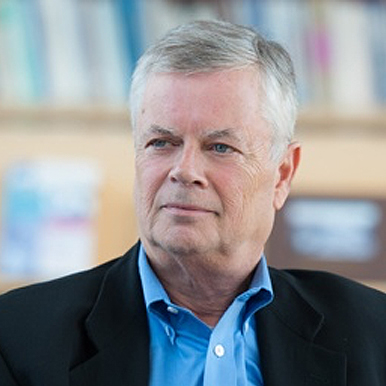 AN ENEMY OF American foreign policy is secretly embedded at the highest level of the Trump administration. This lone figure cleverly hides his subversive views. He pretends to endorse the national security team’s snarling, bomb-everyone-yesterday aggressiveness, but his heart is not in it.

Could that be President Trump himself? His startling announcement that he will pull American troops out of Syria is the best foreign policy decision he has made since taking office — indeed, just about the only good one. It contradicts a geopolitical principle that is gospel in Washington: Wherever the United States deploys troops, we stay until we get what we want. Trump seems to recognize this as a recipe for permanent war and occupation. His announced withdrawal from Syria reflects his inner identity as a foreign policy skeptic. It also places him in open rebellion against the interventionist consensus that has long shaped America’s approach to the world.

Trump has never hidden his disdain for foreign wars. “Let’s get out of Afghanistan,” he tweeted during his campaign. In one presidential debate he dared to utter the unspeakable truth that invading Iraq was “the worst single mistake in the history of this country.” When a recent interviewer asked him about the Middle East, he mused, “Are we going to stay in that part of the world?” and concluded: “All of a sudden it gets to a point where you don’t have to stay there.”

Now, for the first time, Trump is turning the instincts behind those words into action. The militarist cabal that surrounds him will struggle to withstand the assault.

Trump’s new hands-off policy toward Syria would be a complete reversal of what Secretary of State Mike Pompeo and national security adviser John Bolton have been trying to do since they began their fire-breathing reign last year. “We are there until the ISIS territorial caliphate is removed and as long as the Iranian menace continues throughout the Middle East,” Bolton recently thundered. Pompeo promised American troops would stay until Iran withdrew “all forces under Iranian command throughout the entirety of Syria.”

In recent months the US military has been engaged in a major drive, unauthorized by Congress and not even debated in Washington, to consolidate control of eastern Syria — an area twice the size of Massachusetts. The New Yorker reported last month that 4,000 American troops now operate from at least a dozen bases in the region, including four airfields, and that “American-backed forces now control all of Syria east of the Euphrates.”

This enclave was to be a platform from which the United States could project power around the Middle East — and especially against Iran. To assure that the remaining two-thirds of Syria does not stabilize and prosper under government control, the Trump Administration announced plans to block other countries from sending reconstruction aid. James Jeffrey, our special envoy for Syria, declared that the United States would “make it our business to make life as miserable as possible for that flopping cadaver of a regime.”

READ THE REST AT BOSTON GLOBE.