Why the Google Protest of War Work Is Wonderful 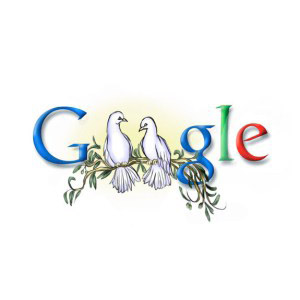 The fact that 3,100 Google employees signed a letteropposing Google doing work for the U.S. military is wonderful for what it reveals.

It does not reveal that any significant number of people exist who can name every current U.S. war or who want them ended or who believe that war should be banned or who know that it long since has been or who recognize the normalization of militarism as the gravest danger the world faces.

But it sure is an amazing and stunning step in that direction, because it does reveal this: 3,100 people think and — far, far rarer — are willing to say that war is evil, that they don’t want to work on war machinery, and — this is the most staggering bit — that they believe that working on war machinery would “irreparably damage Google’s brand and its ability to compete for talent” [bold in original].

Unless these 3,100 people are completely delusional, they must have some reason to believe that there are talented people who don’t want to work for companies that work on war.

In the United States.

In the same country where teachers are fired for speaking ill of the military, and where the Army trains a high school student to kill in the cafeteria of his Florida school, and he kills his classmates, and survivors gain national media but decline to mention the existence of JROTC at all — in fact they promote militarism while trying to oppose gun culture.

Apparently Google management tries to distinguish the new project under dispute from actual war work. And perhaps the employees themselves distinguish between Google’s past and existing military contracts and actual war work. That attitude would certainly fit with the position taken years ago by Starbucks when asked why it would open a store at Guantanamo death camp. Starbucks replied that a decision not to locate there would amount to taking a position, whereas locating there was just normal, inevitable, or some such weasel word.

Yet, here are a bunch of apparently sane and conscious Google employees, who’ve somehow come to terms with the many evil things that Google does, but who live in a world somewhere in the United States (where the top quarterback in the NFL can’t get a job) in which they have the impression that it is working for the military rather than declining to work for the military that will harm your reputation.

That’s wonderful! And it is certainly the case with me. If Google listens to its employees on this, I will think much better of it.

But you have to go back to the 1920s and 1930s to find majorities in the United States who wanted to abolish war, completely disarm, ban war profiteering, require a public referendum before any war, create world law, outlaw war, outlaw conscription, etc. I mean, that world has not existed in the U.S. macrocosm for over 75 years. If there exists a Google microcosm where it (or anything remotely like it) exists now, I will actually consider going back to school and studying computers in order to move there.