Why Do We Still Have The Bomb? 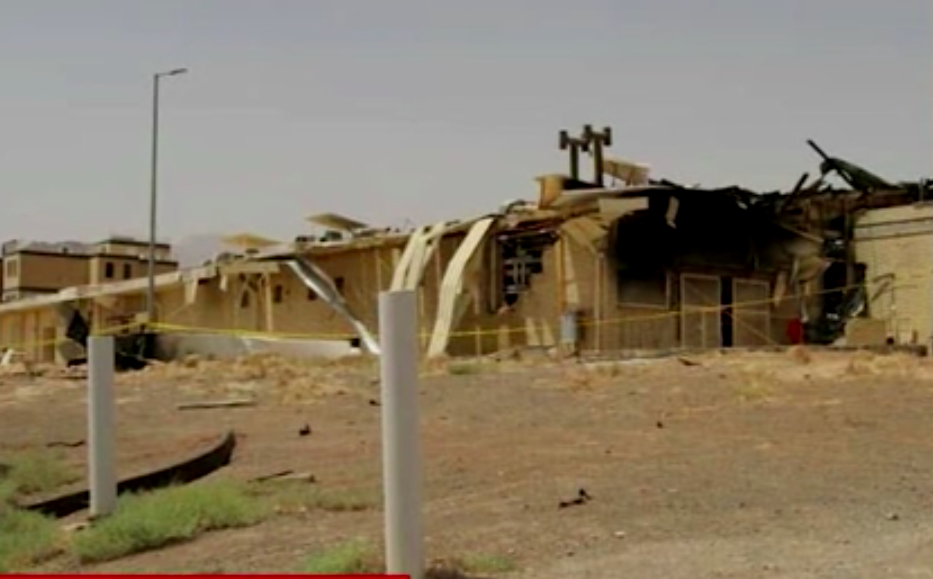 William J. Perry served as undersecretary of defense for research and engineering in the Carter administration and as secretary of defense in the Clinton administration. He currently directs the non-profit William J. Perry project to educate the public about nuclear threats. Tom Z. Collina is director of policy at Ploughshares Fund, a global security foundation based in Washington, DC, and has worked on nuclear weapons policy issues for 30 years. They are the co-authors of the new book “The Button: The New Nuclear Arms Race and Presidential Power from Truman to Trump.

President Harry Truman could not have fully understood the power of the atomic bomb when — at his direction — the United States dropped two on Hiroshima and Nagasaki 75 years ago. But once he saw the catastrophic consequences — two cities in ruins, with an ultimate death toll that reached an estimated 200,000 (according to the Department of Energy’s history of the Manhattan Project) — Truman determined to never use The Bomb again and sought to “eliminate atomic weapons as instruments of war,” (While he later refused to rule out using The Bomb during the Korean War, he ultimately did not take that step).

Future American presidents from both parties largely agreed with Truman on this point. “You just can’t have this kind of war. There aren’t enough bulldozers to scrape the bodies off the streets,” said President Dwight Eisenhower in 1957. A decade later, in 1968, President Lyndon Johnson signed an international treaty committing the US to nuclear disarmament that is still in force today. Facing mass protests in the 1980s and after an earlier hardline stance against a nuclear freeze, President Ronald Reagan sought the “total abolition” of nuclear weapons “from the face of the earth.” Then, in 2009, President Barack Obama came into office seeking “the peace and security of a world without nuclear weapons.”

Despite such statements and repeated efforts at the highest levels of government to ban The Bomb, it is still alive and well. Yes, US and Russian arsenals have declined substantially since the height of the Cold War, from about 63,476 warheads in 1986, per the Bulletin of the Atomic Scientists, to 12,170 this year, according to the Federation of American Scientists — enough to destroy the world many times over.

Now, under President Donald Trump, The Bomb is experiencing something of a renaissance. Trump is planning to spend more than $1 trillion on the US nuclear arsenal over the next three decades. Even though we have much better things to spend the money on, such as responding to the coronavirus and rebuilding the economy, advocates for The Bomb have convinced Congress to fund nuclear programs to replace the submarines, bombers and land-based missiles as if the Cold War never ended. Most members of Congress are simply not willing to challenge the Pentagon officials and defense contractors who promote new nuclear weapons, out of fear that they will be attacked by their opponents as “soft” on defense.

At the same time, the Trump administration is abandoning arms control agreements. Trump withdrew from the Intermediate-Range Nuclear Forces Treaty last year and is refusing to extend the New START Treaty which expires in February 2021. This would leave us with no verified limits on Russian nuclear forces for the first time in five decades, and likely lead us into a dangerous new arms race.

So, what went wrong? We explore this question in our new book, “The Button: The New Nuclear Arms Race and Presidential Power from Truman to Trump.” Here is what we found.

The threats from The Bomb have not gone away. In fact, they have grown worse over time. President Trump has sole authority to start nuclear war. He could launch nuclear weapons first in response to a false alarm, a danger compounded by cyber threats. The Air Force is rebuilding US land-based ballistic missiles for $100 billion even though it could increase the risk of starting nuclear war by mistake.

Seventy-five years after Hiroshima and Nagasaki, we are heading in the wrong direction. It is time for the American public to care about nuclear war — again. If we do not, our leaders will not. If we do not end The Bomb, The Bomb will end us.