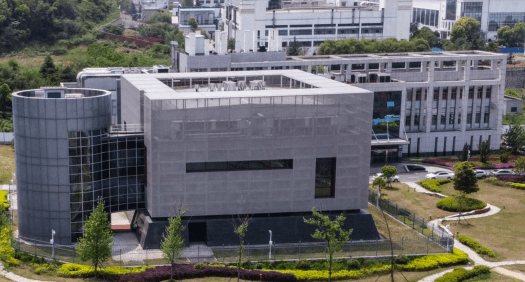 Have you noticed that a lot of science writers have lately been saying that they were perfectly right a year ago to mock and condemn even considering a lab leak origin for Coronavirus but that now it’s perfectly proper to admit that Coronavirus may very well have come from a lab? It seems to be largely a question of fashion. One doesn’t wear the wrong outfit too early in the season, or explore the wrong epidemiological idea when the White House is claimed by one Party or the other.

In March 2020, I blogged about how articles denouncing the possibility that the Coronavirus pandemic originated with a leak from a bioweapons lab sometimes actually admitted to basic facts that made such an origin seem likely. The first reported outbreak was extremely close to one of the few places on earth actively experimenting with weaponizing Coronavirus, but a huge distance from the supposed source in bats. Not only had various labs had leaks before, but scientists had recently warned of the danger of leaks from the lab in Wuhan.

There was a theory about a seafood market, and the fact that this theory fell apart seems not to have entered the public consciousness to the same extent as the false fact that it supposedly disproved the lab leak theory.

I was by March 2020 very used to the stopped clock problem. Just as even a stopped clock is right twice a day, a bunch of Trump-worshipping China-haters could be right about the origin of the pandemic. Certainly their ravings provided absolutely zero evidence against their claims happening to be correct — just as Trump being depicted as anti-NATO was not actually a reason for me to start loving NATO, and just as the bipartisan consensus that China was a military threat was not an actual reason for me to fear a military costing 14% of what is spent on the militaries of the United States and its allies and weapons customers.

I did not think the lab leak possibility risked providing any good reason to actually hate China. We knew that Anthony Fauci and the U.S. government invested in the Wuhan lab. If the insanely unjustifiable risks taken by that lab were an excuse to hate anything, the objects of that hatred couldn’t be limited to China. And if China is a military threat, why fund its bioweapons research?

I was also very used to censorship surrounding the whole topic of bioweapons. You’re not supposed to talk about the overwhelming evidence that the spread of Lyme disease was thanks to a U.S. bioweapons lab, or the likelihood that the U.S. government’s view is correct that the 2001 Anthrax attacks originated with material from a U.S. bioweapons lab. So, I didn’t take condemnations of even considering the lab-leak theory for Coronavirus as meriting compliance. If anything, the stigma being attached to the lab leak theory made me suspect it was right, or at least that bioweapons makers wanted to hide the fact that a lab leak was quite plausible. In my view the plausibility of a lab leak, even if never proven, was a new good reason to shut down all the world’s bioweapons labs.

I was pleased to see Sam Husseini and a very few others pursue the question with open minds. Corporate media outlets did no such thing. Just as you can’t oppose a looming war or step outside the prescribed limits of debate on numerous topics, you could not for a year or more say certain things about Coronavirus in U.S. corporate media. Now writers tell us that the impossibility of a lab origin was their “knee jerk reaction.” But, first of all, why should a knee-jerk reaction count for anything? And, second of all, group think doesn’t really depend on somebody’s knee-jerk reaction even if that memory is accurate. It depends on editors enforcing prohibitions.

A super serious “letter” published by The Lancet said, “We stand together to strongly condemn conspiracy theories suggesting that COVID-19 does not have a natural origin.” Not to disprove, not to disagree with, not to offer evidence against, but to “condemn” — and not merely to condemn, but to stigmatize as evil and irrational “conspiracy theories.” But the organizer of that letter, Peter Daszak had funded, at the Wuhan lab, just the research that could have resulted in the pandemic. This massive conflict of interest was no problem at all for The Lancet, or major media outlets. The Lancet even put Daszak on a commission to study the origin question, as did the World Health Organization.

I don’t know where the pandemic came from any more than I know who shot John F. Kennedy, but I do know that you wouldn’t have put Allen Dulles on a commission to study Kennedy if even appearing to care about the truth had been a top priority, and I know that Daszak investigating himself and finding himself absolutely blameless is a cause for suspicion, not credulity.

What difference does it make where this pandemic came from? Well, if it came from the tiny remnants of wild nature left on earth, a possible solution might be to cease destruction and deforestation, perhaps even abolish livestock and restore huge areas of land to the wild. But another possible solution, and one guaranteed to be pursued with fervor in the absence of massive pushback, would be to research, investigate, experiment — in other words, invest still more in weapons labs to fend off further assaults on innocent little humanity.

If, on the other hand, the origin is proven to be a weapons lab — and you could make this argument based on just the possibility that it is a weapons lab — then a solution would be to shut the damn things down. The incredible diversion of resources into militarism is a leading cause of environmental destruction, the reason for the risk of nuclear apocalypse, and quite possibly the reason not just for poor investment in medical preparedness but also directly for the disease that has ravaged the globe during this past year. There might be increased basis for questioning the madness of militarism.

Regardless of what, if anything, we manage to learn further about the origin of the Coronavirus pandemic, we do know that questioning corporate media is in order. If “objective” reporting on matters of “science” is basically subject to fashion trends, how much faith should you put in assertions about economics or diplomacy? Of course the media may instruct you not to think something that also happens to be completely false. But if I were you I’d keep my eyes peeled for over-eager dictates on what not to think. Often those will tell you exactly what you might want to look into.