Watch Out World: Peace May be Breaking Out!! 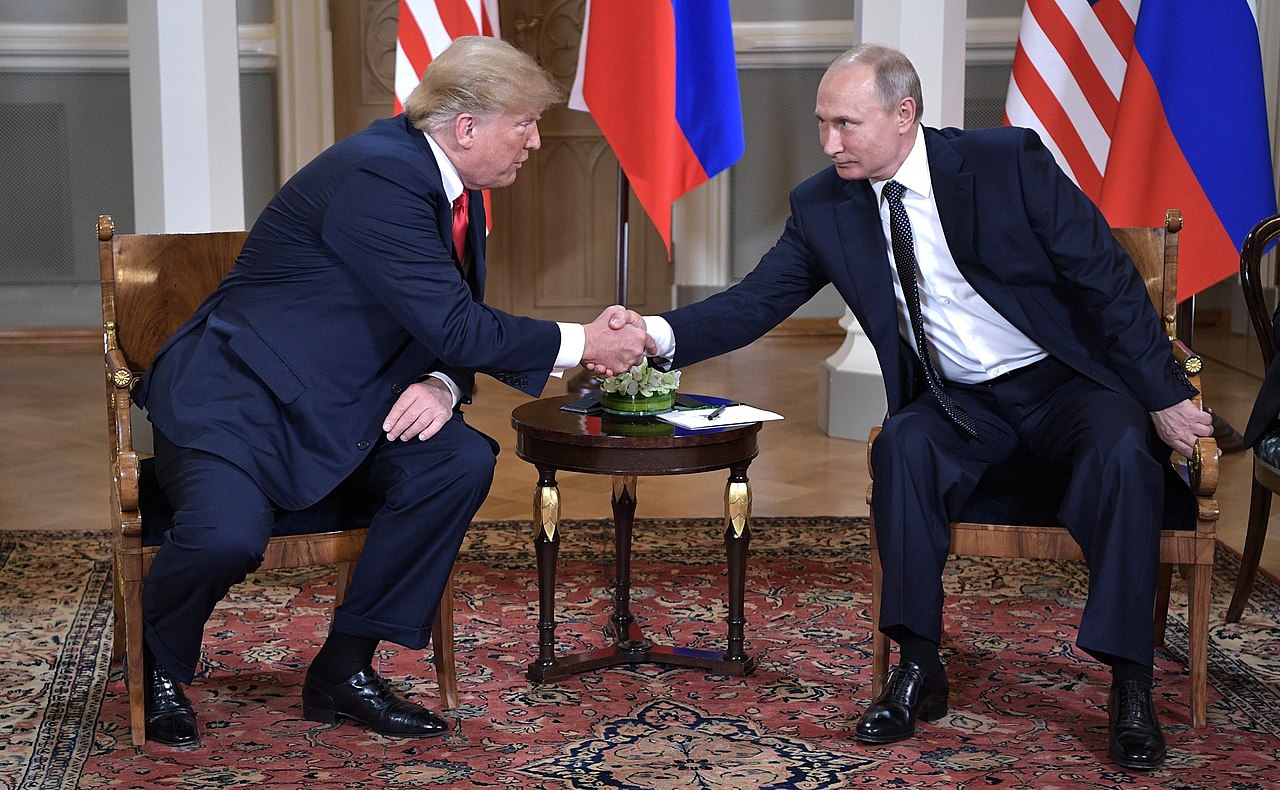 Less than a week or so before Donald Trump’s groundbreaking meeting planned with Vladimir Putin in Helsinki, to take place after the NATO summit in mid-July, the new Treaty for the Prohibition of Nuclear Weapons celebrated its first birthday on July 7 when 122 nations voted a year ago in the UN General Assembly to ban the bomb, just as we have banned biological and chemical weapons.  The new ban treaty shattered the establishment consensus that the proper way to avoid nuclear catastrophe was to follow the endless step by step path of the Non-Proliferation Treaty, now 50 years old this month, which has only led to nuclear weapons forever.

In light of the new détente Trump succeeded in negotiating with the long-despised and isolated North Korea, it just might be possible that peace is breaking out, to the great consternation and disapproval of the military-industrial-academic- congressional-media complex and the traditional neoliberal Republicrats who have been opposing any efforts of these sorts, and badmouthing and diminishing the positive effects of the encouraging news that resulted from the Korean negotiations and the possibility of its achieving any promising outcomes.  Other naysayers are the members of the US nuclear alliance including NATO states as well as Australia, South Korea, and most surprisingly, Japan, the only country to have ever suffered catastrophic nuclear bombing which was wreaked upon it twice in Hiroshima and Nagasaki by the US in August 1945.

Let us do a thought experiment:

The megalomaniacal Trump and the egomaniacal Putin decide to be the greatest heroes the world has ever known!  They recreate the negotiating environment in Reykjavik with Reagan and Gorbachev and Putin repeats Gorbachev’s offer to the US that he is willing for both countries to rid the world of all their nuclear weapons if Reagan drops his plans to dominate and control the military use of space with Star Wars.   Trump agrees to give up his planned Space Force, converting it into an international space inspection regime in partnership with Russia and other spacefaring nations under UN supervision to make sure floating debris doesn’t injure any of our critical communications equipment orbiting in space.  Trump also agrees to sign the treaty that China and Russia have been proposing since 2008 and 2014 to keep weapons out of space which the US has blocked to date.   They both agree to sign the provision in the new ban treaty that was provided for nuclear weapons states to enter into the treaty and work out a way to verify and dismantle their arsenals, after they get agreement from the other 6 nuclear weapons states—England, France, China, India, Pakistan, and Israel.   North Korea has already agreed to denuclearize once appropriate conditions are met.   Surely the total elimination of nuclear weapons by all the other states and ratification of the ban treaty would be adequate reassurance to North Korea to get rid of its nuclear weapons as well.

Another negotiating tactic they could revisit is for Putin to repeat the offer to Trump which he made to Clinton to cut the US and Russian arsenals to 1,000 warheads each and call all the other parties to the table to eliminate nuclear weapons and reinstate the ABM Treaty, which Bush walked out of in 2002, while Trump could promise in return to remove our missiles from Romania and the ones planned for Poland and not to  put any more missiles in Eastern Europe under the newly reinstated ABM Treaty.

Putin could also remind Trump that Reagan promised that if Gorbachev didn’t object to a united East Germany entering NATO, after the wall came down and Gorbachev miraculously let go of all of Eastern Europe without a shot, the US would not expand NATO one step to the east.  In light of that broken promise and how NATO has now expanded to all of the former Soviet occupied Eastern Europe, Trump should agree to Putin’s request that he disband NATO.  (Let Trump remember, and the rest of us as well, that Russia lost 29,000,000, that’s 29 million, people to the Nazi onslaught, and feels very threatened to have NATO breathing down its neck with military maneuvers on its borders.)

One more agreement Putin might negotiate with Trump in their efforts to achieve the very greatest negotiations for peace ever!   He should remind Trump that in 2009 Obama rejected his request that the US and Russia negotiate a cyberwar ban treaty.  What could be more beneficent while saving trillions of competitive dollars chasing superiority in cyberwarfare, and wasting hundreds of thousands of IQ points on a senseless and perilously dangerous kind of  novel warfare, when the world needs all the brainpower and resources  it can use to avert the coming climate catastrophe and save Mother Earth.

Then the US could promise to commit the $1 trillion it had budgeted for new nuclear bomb factories, weapons, and delivery systems to a fund to help rebuild war torn countries, from which the largest waves of immigrants are fleeing.  Trump should ask Russia as well as other countries who are leaving NATO and giving up their nuclear weapons and joining the ban treaty to also commit to donate those funds no longer needed to support their nuclear military budgets which would more than adequately and generously support the “Keep People Safely and Happy in Their Home Countries Fund”, so we won’t need to build walls and hire police forces and homeland security guards to stop impoverished, war-torn, threatened people from migrating.   Who would ever want to leave their homeland if they could live in the land of their birth in peace and prosperity?

Now is the time to urge that another world is truly possible!

Alice Slater serves on the Coordinating Committee of World BEYOND War