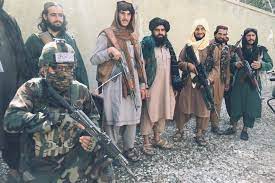 The aerial slaughter of a family of 10, including seven children, in Kabul on August 29 was no anomaly. It typified the .20-year Afghan war—except that a conspicuous press exposé forced the U.S. military to apologize for its “mistake.”

The war on Afghanistan, commenced by Bush three weeks after 9/11, probably took over 100 times as many lives of civilians over there.

The Costs of War Project (Brown University, Providence, RI) estimated the war’s direct fatalities through April 2021 at about 241,000, including over 71,000 civilians, Afghan and Pakistani. Indirect effects, like disease, hunger, thirst, and dud explosion could claim “several times as many” victims.

The figures are conservative. In 2018 one writer estimated that 1.2 million Afghans and Pakistanis had been killed as a result of the 2001 invasion of Afghanistan.

In one suppressed incident, a blast hit a Marine convoy in 2007. The only casualty was an arm wound. Returning to their base, the Marines shot anyone—motorists, a teenage girl, an aged man—killing 19 Afghans, wounding 50. The men hushed up the crimes but had to exit Afghanistan following protests. They were not penalized.

“We wanted them dead”

A New Hampshire professor chronicled the war’s early air attacks on Afghan communities, e.g. the killing of at least 93 residents of the farming village of Chowkar-Karez. Was a mistake made? A Pentagon official said, with rare frankness, “The people there are dead because we wanted them dead.”

Foreign media played up news like this: “U.S. accused of killing over 100 villagers in air strike.” A man told Reuters he alone in a family of 24 survived a pre-dawn raid on Qalaye Niazi. No fighters were there, he said. The tribal head counted 107 dead, including children and women.

Among point-blank homicides, 10 sleeping occupants of Ghazi Khan Ghondi village, mostly schoolboys as young as 12, were dragged from their beds and shot, in a NATO-authorized operation in late 2009. Culprits were  Navy SEALs, CIA officers, and CIA-trained Afghan troops.

Weeks later, Special Forces stormed a home during a baby-naming party in Khataba village and fatally shot seven civilians, including two pregnant women, a teenaged girl, and two children. U.S. soldiers had removed bullets from the bodies and lied that they had found the victims, but they received no punishment.

But survivors talked. The Melbourne Herald Sun described “bleeding and burnt children, women and men” entering a Kandahar hospital 35 kilometers away, following a relentless attack, It was “exactly the same as when the Russians were bombing us,” one man said.

A village elder told French Press Agency (AFP) the attack killed 24 in his family; and a teacher saw bodies of 40 civilians, including children, and helped bury them. Reuters interviewed a wounded teenager who viewed scores of victims, including his two brothers.

AFP interviewed a white-haired grandmother, aiding her wounded kin. She lost 25 family members. As her eldest son, a father of nine, prepared for bed, a bright light flashed. “I saw Abdul-Haq lying in blood…. I saw his sons and daughters, all dead. Oh God, my son’s entire family was killed. I saw their bodies shattered and torn apart.”

After hitting their home, warplanes struck adjacent houses, killing the woman’s second son, his wife, a son, and three daughters. Her third son lost three sons and a leg. Next day, she found that her youngest son had died too. She fainted, unaware that more relatives and neighbors of hers were dead.

Bush: “It breaks my heart”

Ex-president Bush called the U.S. exit from Afghanistan a mistake, in an interview with Germany’s DW network (7/14/21). Women and girls would “suffer unspeakable harm…. They’re just going to be left behind to be slaughtered by these very brutal people and it breaks my heart.”

Of course, women and girls figured among hundreds of thousands sacrificed to the 20-year war that Bush started on October 7, 2001. Let’s review.

The Bush administration had secretly negotiated with the Taliban, in Washington, Berlin, and lastly Islamabad, Pakistan, for a pipeline across Afghanistan. Bush wanted U.S. companies to exploit central Asian oil. The deal failed five weeks before 9/11.

According to the 2002 book Forbidden Truth by Brisard and Dasquié, French intelligence agents, soon after taking office, Bush slowed down FBI investigations of al-Qaeda and terrorism so as to negotiate the pipeline deal. He tolerated Saudi Arabia’s unofficial promotion of terrorism. “The reason?…. Corporate oil interests.”  In May 2001, President Bush announced Vice-President Dick Cheney would head a task force to study anti-terrorism measures. September 11 arrived without it having met.

The administration was repeatedly warned of impending attacks by terrorists who might fly planes into building. The World Trade Center and Pentagon came up. Bush appeared deaf to the warnings. He infamously brushed aside a briefing paper dated August 6, 2001, headed, “Bin Laden Determined to Strike in U.S.”

Were Bush and Cheney determined to let the attacks occur?

The openly imperialist, militarist Project for the New American Century influenced Bush’s policies. Some members occupied key positions in the administration. The Project needed “a new Pearl Harbor” to transform America. Moreover, Bush yearned to be a wartime president. Attacking Afghanistan would achieve that aim. At least it was a preliminary: The main event would be attacking Iraq. Then again there was oil.

On 9/11/01 Bush learned about the terrorism during a photo-op in a Florida classroom, He and kiddies were engaged in a reading lesson about a pet goat, which he showed no hurry to end.

Now Bush had an excuse for war. Three days later, a use-of-force resolution sailed through Congress. Bush issued an ultimatum to the Taliban to turn over Osama bin Laden. Hesitant to hand infidels a Muslim, the Taliban sought compromise: trying Osama in Afghanistan or in a neutral third country, given some evidence of guilt. Bush refused.

Having used Bin Laden as a casus belli, Bush unexpectedly ignored him in a Sacramento speech 10 days into the war, in which he vowed “to defeat the Taliban.” Bush showed scant interest in Bin Laden at a press conference the following March: “So I don’t know where he is. You know, I just don’t spend that much time on him…. I truly am not that concerned about him.”

That longest U.S. war was illegal from the start. It violated the Constitution and several U.S. treaties (federal laws under the Constitution, Article 6). All are listed below chronologically.

Lately various public figures have questioned whether anyone can trust America’s word, witness the Afghanistan exit. None have cited America’s breach of its own laws.

Congress never declared war on Afghanistan or even mentioned Afghanistan in the 9/14/01 resolution. It purported to let Bush fight anyone he determined “planned, authorized, committed, or aided the terrorist attacks” three days earlier or “harbored” anyone who did so. The supposed aim was to prevent further terrorism.

Saudi Arabian elite evidently supported the 9/11 hijackers; 15 of 19 were Saudi, none Afghan. Bin Laden had contacts with various Saudi officials and was financed in Arabia through 1998 (Forbidden Truth). Installation of U.S. bases there in 1991 made him hate America. But Bush, with Saudi affinities, chose to attack people who never harmed us.

Anyhow, the Constitution did not allow him to make that decision.

“President Bush declared war on terrorism,” Attorney General John Ashcroft testified. Only Congress may declare war, under Article I, Section 8, Paragraph 11 (though it’s debatable whether war can be waged on an “ism”). Yet Congress, with just one dissent (Rep. Barbara Lee, D-CA), rubber-stamped an unconstitutional delegation of its power.

War-makers in Afghanistan ignored this provision: “The attack or bombardment, by whatever means, of towns, villages, dwellings, or buildings which are undefended is prohibited.” It is from Convention Respecting the Laws and Customs of War on Land, among international laws emerging from conferences in The Hague, Holland, in 1899 and 1907.

The prohibitions include using weapons that are poisoned or cause unnecessary suffering; killing or wounding treacherously or after an enemy has surrendered; showing no mercy; and bombarding without warning.

They agreed “that the settlement or solution of all disputes or conflicts of whatever nature or of whatever origin they may be, which may arise among them, shall never be sought except by pacific means.”

Aristide Briand, French foreign minister, initially proposed such a treaty with the U.S. Frank B. Kellogg, secretary of state (under President Coolidge), wanted it worldwide.

The Nuremberg-Tokyo war crimes tribunals drew from Kellogg-Briand in finding it criminal to launch a war. By that standard, attacking Afghanistan and Iraq would doubtless be crimes.

The treaty remains in force, though all 15 presidents after Hoover have violated it.

Contrary to misbelief, the United Nations Charter, of 1945, did not condone war on Afghanistan. Following 9/11, it condemned terrorism, proposing non-lethal remedies.

Article 2 requires all members to “settle their international disputes by peaceful means” and refrain from “the threat or use of force against the territorial integrity or political independence of any state….”  Under Article 33, nations in any dispute endangering peace “shall, first of all, seek a solution by negotiation, enquiry, mediation, conciliation, arbitration, judicial settlement … or other peaceful means….”

This treaty, from 1949, echoes the UN Charter: Parties will settle disputes peacefully and refrain from threatening or using force inconsistent with UN purposes. In practice, the North Atlantic Treaty Organization (NATO) has been a warrior for Washington in Afghanistan and elsewhere.

These wartime treaties require humane treatment of prisoners, civilians, and incapacitated servicemen. They prohibit murder, torture, cruelty, and targeting of medical units. Mostly drafted in 1949, they were OK’d by 196 nations, U.S. included.

In 1977 additional protocols covered civil wars and banned attacks on civilians, indiscriminate attacks, and destruction of civilians’ means of survival. Over 160 nations, U.S. included, signed those. The Senate has yet to consent.

Regarding civilians, the Department of Defense recognizes no right to attack them and claims efforts to protect them. Actually the military is known to make  calculated attacks on civilians.

A huge violation of Geneva occurred in late 2001. Hundreds, perhaps thousands of Taliban fighters imprisoned by the Northern Alliance were massacred, allegedly with U.S. cooperation. Many suffocated in sealed containers. Some were shot, others said to be killed by missiles fired from U.S. aircraft.

Aircraft bombed hospitals in Herat, Kabul, Kandahar, and Kunduz. And in confidential reports, the Army admitted habitual abuse of Afghan detainees at Bagram Collection Point. In 2005 proof emerged that soldiers there tortured and beat prisoners to death.

Our military also admits using the tactic of terror. Guerillas “exact brutality with precision” and “instill fear in enemy hearts.” In Afghanistan and elsewhere “the U.S. Army has employed guerilla tactics to deadly effect.” And don’t forget “shock and awe.”