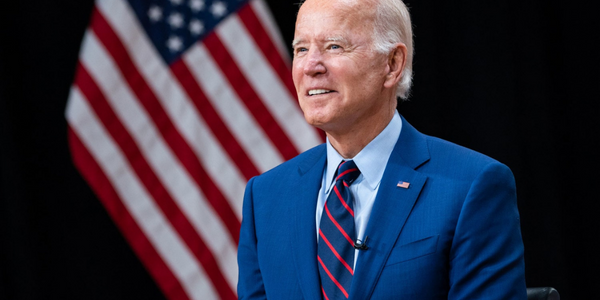 By the Veterans Intelligence Professionals for Sanity, AntiWar.com, September 7, 2022

Before Defense Secretary Austin flies off to Ramstein for the meeting Thursday of the Ukraine Defense Contact Group we owe you a few words of caution occasioned by our many decades of experience with what happens to intelligence in wartime. If he tells you Kyiv is beating back the Russians, kick the tires – and consider widening your circle of advisers

Truth is the coin of the realm in intelligence analysis. It is equally axiomatic that truth is the first casualty of war, and that applies to the war in Ukraine as well as earlier wars we have been involved in. When at war, Defense Secretaries, Secretaries of State, and generals simply cannot be relied upon to tell the truth – to the media, or even to the President. We learned that early – the hard and bitter way. A lot of our comrades in arms did not come back from Vietnam.

Vietnam: President Lyndon Johnson preferred to believe Gen. William Westmoreland who told him and Defense Secretary McNamara in 1967 that South Vietnam could win – if only LBJ would supply an additional 206,000 troops. CIA analysts knew that to be untrue and that – worse still — Westmoreland was deliberately falsifying the number of forces he faced, claiming there were only “299,000” Vietnamese communists under arms in the South. We reported the number was 500,000 to 600,000. (Sadly, we were proven right during the countrywide communist Tet offensive in early 1968. Johnson quickly decided not to run for another term.)

All being fair in love and war, the generals in Saigon were determined to offer a rosy picture. In an August 20, 1967 cable from Saigon, Westmoreland’s deputy, Gen. Creighton Abrams, explained the rationale for their deception. He wrote that the higher enemy numbers (which were supported by virtually all intelligence agencies) “were in sharp contrast to the current overall strength figure of about 299,000 given to the press.” Abrams continued: “We have been projecting an image of success over recent months.” He cautioned that if the higher figures became public, “all available caveats and explanations will not prevent the press from drawing an erroneous and gloomy conclusion.”

The Demise of Imagery Analysis: Until 1996, CIA had an independent capability to do unencumbered military analysis enabling it to speak the truth – even during war. One key arrow in the analysis quiver was its established responsibility to perform imagery analysis for the entire Intelligence Community. Its early success in pinpointing Soviet missiles in Cuba in 1962 had earned the National Photographic Interpretation Center (NPIC) a solid reputation for professionalism and objectivity. It helped considerably in our analysis of the Vietnam war. And later, it played a key role in assessing Soviet strategic capabilities and in verifying arms control agreements.

In 1996, when NPIC and its 800 highly professional imagery analysts were given, kit and kaboodle, to the Pentagon, it was goodbye to impartial intelligence.

Iraq: Retired Air Force General James Clapper was eventually put in charge of NPIC’s successor, the National Imagery and Mapping Agency (NIMA) and thus was well positioned to grease the skids for the “war of choice” on Iraq.

Indeed, Clapper is one of the few senior functionaries to admit that, under pressure from Vice President Cheney, he was “leaning forward” to find weapons of mass destruction in Iraq; could find none; but went along anyway. In his memoir Clapper accepts part of the blame for this consequential fraud – he calls it “the failure” – in the quest to find the (nonexistent) WMD. He writes, we “were so eager to help that we found what wasn’t really there.”

Afghanistan: You will recall the extreme pressure on President Obama coming from Defense Secretary Gates, Secretary of State Clinton, and generals like Petraeus and McCrystal to double down in sending more troops to Afghanistan. They were able to push aside Intelligence Community analysts, relegating them to strap-hangers at decision-making meetings. We recall U.S. Ambassador in Kabul Karl Eikenberry, a former Army Lieutenant General who had commanded troops in Afghanistan, appealing plaintively for an objective National Intelligence Estimate on the pros and cons of doubling down. We are also aware of reports that you demurred, sensing that deepening US involvement would be a fool’s errand. Remember when Gen. McChrystal promised, in February 2010, a “government in a box, ready to roll” into the key Afghan city of Marja?

The President, as you well know, deferred to Gates and the generals. And, last summer, it was left to you to pick up the pieces, so to speak. As for the fiasco in Iraq, the “surge” that Gates and Petraeus were picked by Cheney and Bush to implement brought almost a thousand additional “transfer cases” to the mortuary in Dover, while allowing Bush and Cheney to go West without having lost a war.

As for former Defense Secretary Gates’s undented Teflon coat, after his doubling-down advice on Iraq and Afghanistan, he had the chutzpah to include the following in a speech at West Point on Feb. 25, 2011 shortly before he left office:

“But in my opinion, any future defense secretary who advises the president to again send a big American land army into Asia or into the Middle East or Africa should ‘have his head examined,’ as General [Douglas] MacArthur so delicately put it.”

Syria – Austin’s Reputation Not Without Blemish: Closer to home, Secretary Austin is no stranger to accusations of politicizing intelligence. He was commander of CENTCOM (2013 to 2016) when more than 50 CENTCOM military analysts, in August 2015, signed a formal complaint to the Pentagon Inspector General that their intelligence reports on the Islamic State in Iraq and Syria were being inappropriately manipulated by the top brass. The analysts claimed their reports were being changed by higher-ups to dovetail with the administration’s public line that the US was winning the battle against ISIS and the al-Nusra Front, al Qaeda’s branch in Syria.

In February 2017, the Pentagon Inspector General found that allegations of intelligence being intentionally altered, delayed or suppressed by top CENTCOM officials from mid-2014 to mid-2015 were “largely unsubstantiated.” (sic)

In Summary: We hope you take the time to review this history – and to take it into account before sending Secretary Austin off to Ramstein. In addition, today’s announcement that Russia intends to cut off gas through Nord Stream 1 until Western sanctions are removed is likely to have a significant impact on Austin’s interlocutors. It may even make European government leaders more inclined to carve out some sort of compromise before Russian forces advance farther and winter arrives. (We hope you have been adequately briefed on the likely outcome of the recent Ukrainian “offensive”.)

You may also wish to seek counsel from CIA Director William Burns and others with experience in the history of Europe – and particularly of Germany. Media reports suggested earlier that in Ramstein Secretary Austin will commit to providing Ukraine with still more weaponry and will encourage his colleagues to do the same. If he follows that script, he may find few takers – particularly among those most vulnerable to winter cold.

FOR THE STEERING GROUP: Veteran Intelligence Professionals for Sanity

Veteran Intelligence Professionals for Sanity (VIPs) is made up of former intelligence officers, diplomats, military officers and congressional staffers. The organization, founded in 2002, was among the first critics of Washington’s justifications for launching a war against Iraq. VIPS advocates a US foreign and national security policy based on genuine national interests rather than contrived threats promoted for largely political reasons.